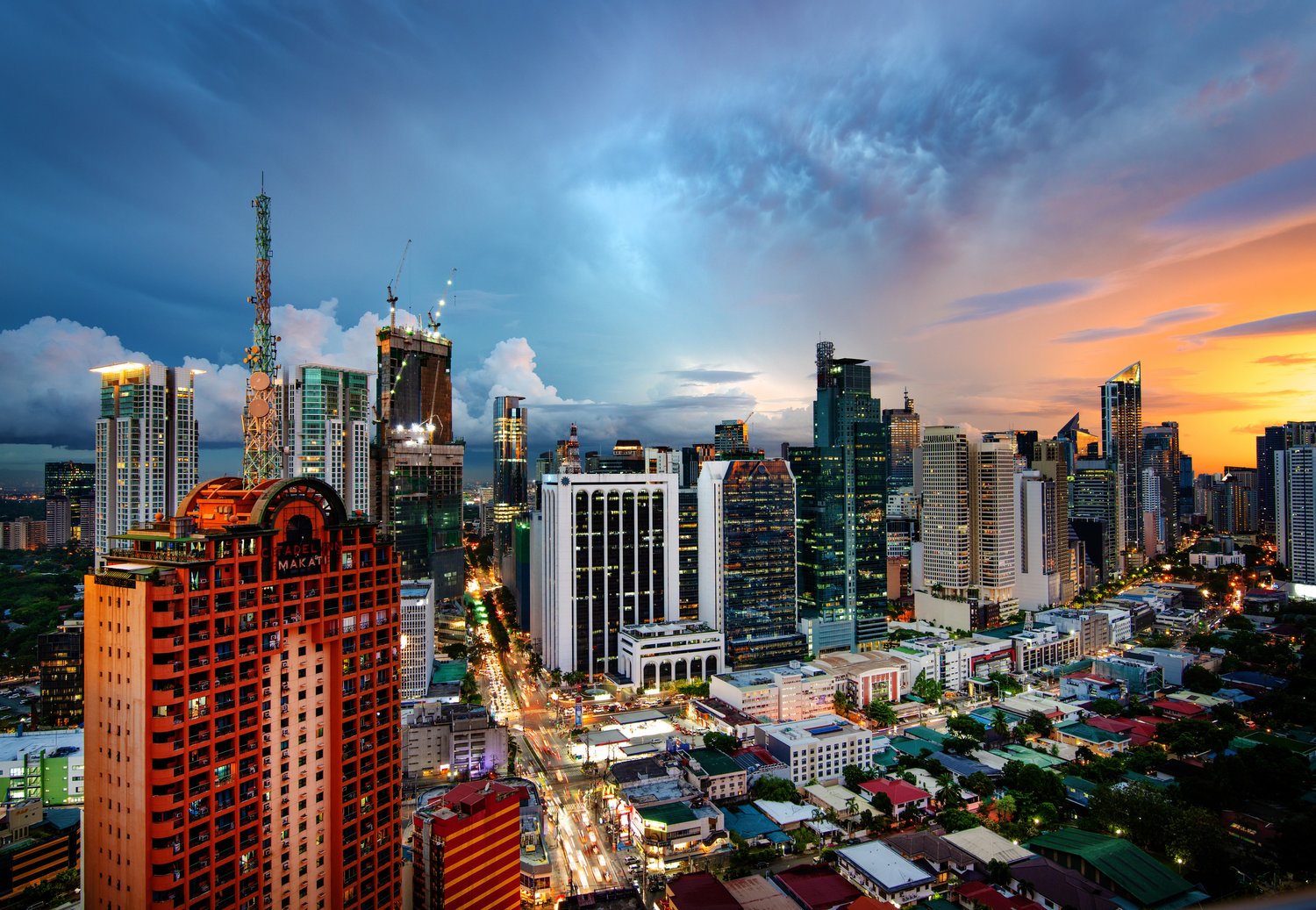 Prior to his trip, this Pakistani expat from the UAE was warned by OFWs of several 'danger zones' in the country, especially for first-time tourists. As he chronicled his travel to Manila through stunning and vivid photographs, what he found was that even on the narrowest streets of the city, he experienced nothing but good things within: The beauty of the Philippines and the warmth of hospitable Filipinos.

For those of you who do not know, I am based in the United Arab Emirates – so the first step was to get a visa from the Philippine Embassy.

A tourist visa for the Philippines will take approximately 60 days to process and get approved. You need to apply (through email) for an appointment which can take up to 20 working days or even more and then you will receive an invitation to submit your documents.

Submission of documents doesn’t mean that your actual application is submitted. Your documents will first be sent to the Ministry of Foreign Affairs in the Philippines which will get approved for the initial process. This process can take almost another 2 to 3 weeks time.

After the first approval from the Philippines, you will be invited one more time to the Embassy and your passport will be ready for visa stamping anytime soon. Approximately, you will end up spending USD75 for the whole process.

From the moment I landed at the Manila International Airport, I immediately fell in love with the city—its soothing sense of warmth from the mix of greeneries, blue skies and misty clouds running like a cheeky toddler in the sky.

There was something about being in this place called “Manila” that made my heart race with excitement. I could feel the energy of the city pulsing through my veins.

Trust me, as a foreign visitor, I did not encounter eerie questions at the immigration and my luggage breezed through security checks.

Nature can be found anywhere in the world, but you wouldn’t find it so relaxing if it is mixed with very tall skyscrapers. In the Philippines, such artificial additions to nature are still quite minimal, with exciting things and scenes happening around every corner.

Coming from a Middle Eastern country, I haven’t had many encounters with such kind of beautiful nature.

Most of the places that I visited in Manila were part of so-called “danger zone for tourists”, according to OFWs I met in the UAE. On the contrary, I found Manila to be a friendly and welcoming city and I never once felt like I was in danger.

The busy streets of Quiapo

What fascinated me the most during my stroll to the old streets of Manila was the high volume of people paying a visit to a centuries-old basilica called Quiapo Church. This history-rich landmark was founded in the 16th century and has borne witness to the Spanish colonial period in the Philippines up to the present day.

It’s quite a popular destination for tourists and locals alike, as it is home to the famous Black Nazarene, a dark statue of Jesus Christ said to be miraculous. It was carved by an unknown Mexican artist back in the 16th century and was then brought to the Philippines.

Interestingly, I went to Quiapo on a Sunday, a time when the church usually exceeded its full capacity. The throng of churchgoers spilt over to the plaza at the front gates of the church. Some people were kneel-walking to the altar and several mothers were carrying their sick children. It was a scene that clearly depicted Filipinos’ devotion to their faith.

Another interesting thing was the multi-storey graveyard at the south Manila Cemetery. Situated right in the heart of Makati City, the cemetery was filled with thousands of graves.

Unlike in my hometown in Pakistan where graves were dug deep in the soil, this cemetery has two distinguished sections. One was for poor people whose gravestones were marked with “Graveyard of the Poor” and the other type was for middle-class people whose elaborate mausoleums were locked with steel grills. 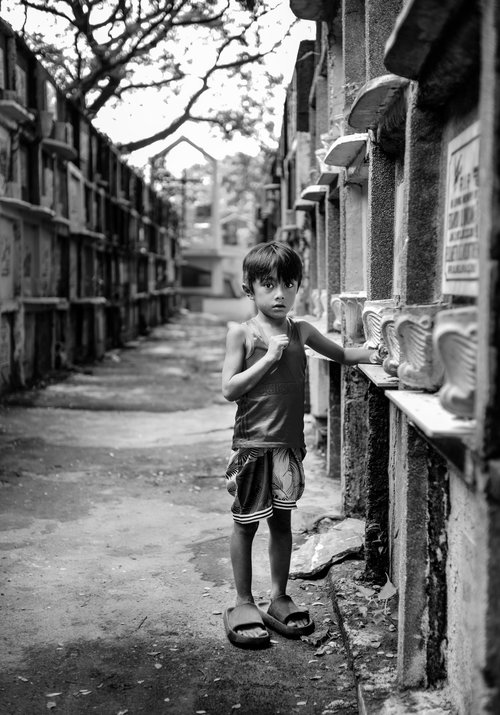 Though it was not something completely new to me, it described the apparent difference in life between the rich and the poor. This disparity in life exists till down the grave.

No matter where you go in Manila, you’ll always be greeted with a smile whether at supermarkets, bus stations, or any public places. Even if they don’t have much, they’ll always be willing to share what they have with you. It is a country where hospitality is always on hand!

From my observation after years of working with Filipinos in the UAE, they love spending money on brands, partying with friends, staycation, food, singing and dancing. But what surprised me when I visited Manila was the special bond of Filipinos with dogs. It was so intense that they bury their dearly departed dog next to their deceased owner. 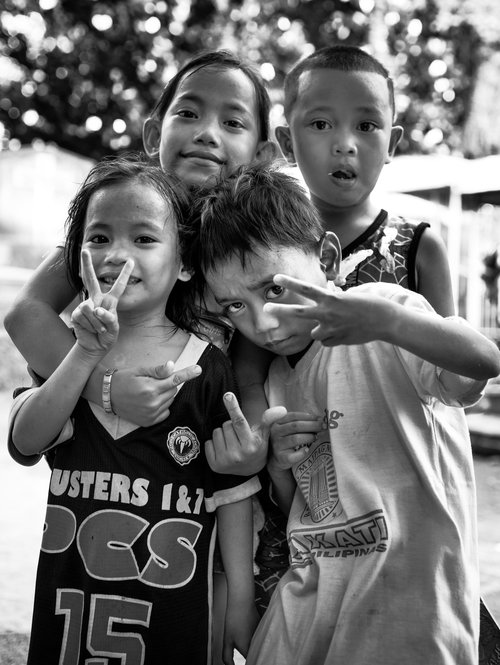 No matter where you go in Manila, you’ll always be greeted with a smile whether at supermarkets, bus stations, or any public places. Filipinos are some of the most hospitable and cheerful people in the world, and you’ll quickly become friends with anyone you meet. Even if they don’t have much, they’ll always be willing to share what they have with you. It is a country where hospitality is always on hand!

Most of the places that I visited in Manila were part of so-called ‘danger zone’ for tourists, according to OFWs I met in the UAE. On the contrary, I found Manila to be a friendly and welcoming city and I never once felt like I was in danger. If you’re thinking of visiting, don’t let negative reviews scare you off – you’ll have a great time!

I would like to thank my valued sponsors for arranging almost everything from hotel bookings, flight tickets and providing me with absolutely amazing gear for this journey. I highly appreciate Middle East’s largest free publication for the Filipino community, The Filipino Times, for arranging this trip and my gear partners Kenko Tokina Limited Japan and Lee Filters for providing the necessary gear for this trip. Without their sincere efforts, this journey wouldn’t be possible. 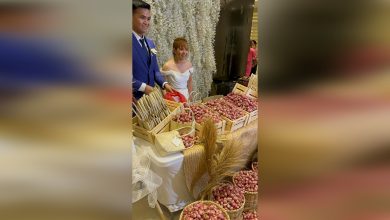 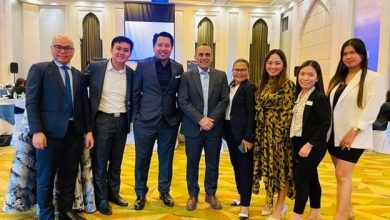 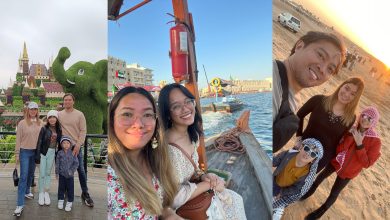 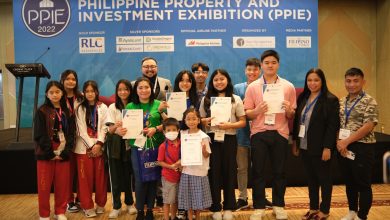 This website uses cookies to improve your experience while you navigate through the website. Out of these, the cookies that are categorized as necessary are stored on your browser as they are essential for the working of basic functionalities of the website. We also use third-party cookies that help us analyze and understand how you use this website. These cookies will be stored in your browser only with your consent. You also have the option to opt-out of these cookies. But opting out of some of these cookies may affect your browsing experience.
Necessary Always Enabled
Necessary cookies are absolutely essential for the website to function properly. These cookies ensure basic functionalities and security features of the website, anonymously.
Functional
Functional cookies help to perform certain functionalities like sharing the content of the website on social media platforms, collect feedbacks, and other third-party features.
Performance
Performance cookies are used to understand and analyze the key performance indexes of the website which helps in delivering a better user experience for the visitors.
Analytics
Analytical cookies are used to understand how visitors interact with the website. These cookies help provide information on metrics the number of visitors, bounce rate, traffic source, etc.
Advertisement
Advertisement cookies are used to provide visitors with relevant ads and marketing campaigns. These cookies track visitors across websites and collect information to provide customized ads.
Others
Other uncategorized cookies are those that are being analyzed and have not been classified into a category as yet.
SAVE & ACCEPT
190 shares
Close