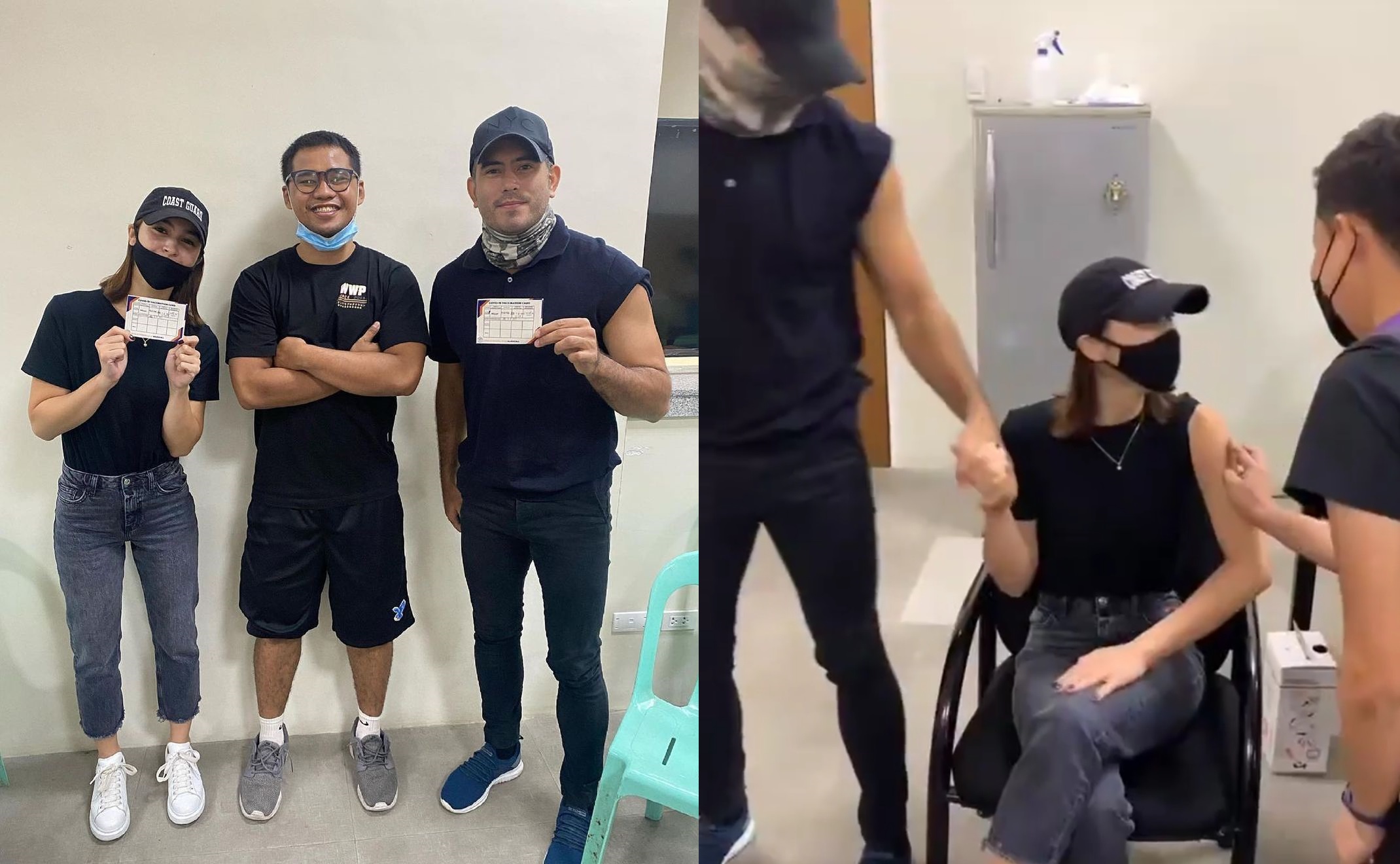 Videos circulating on social media showed Anderson held the hand of his girlfriend, Julia, while the latter appeared to be nervous while receiving her shot.

Another video showed Baretto taking a video of Anderson getting his first dose.

The two were both seen wearing a black top, black cap, and face mask.

The two reportedly got vaccinated in Marikina City. (RA)