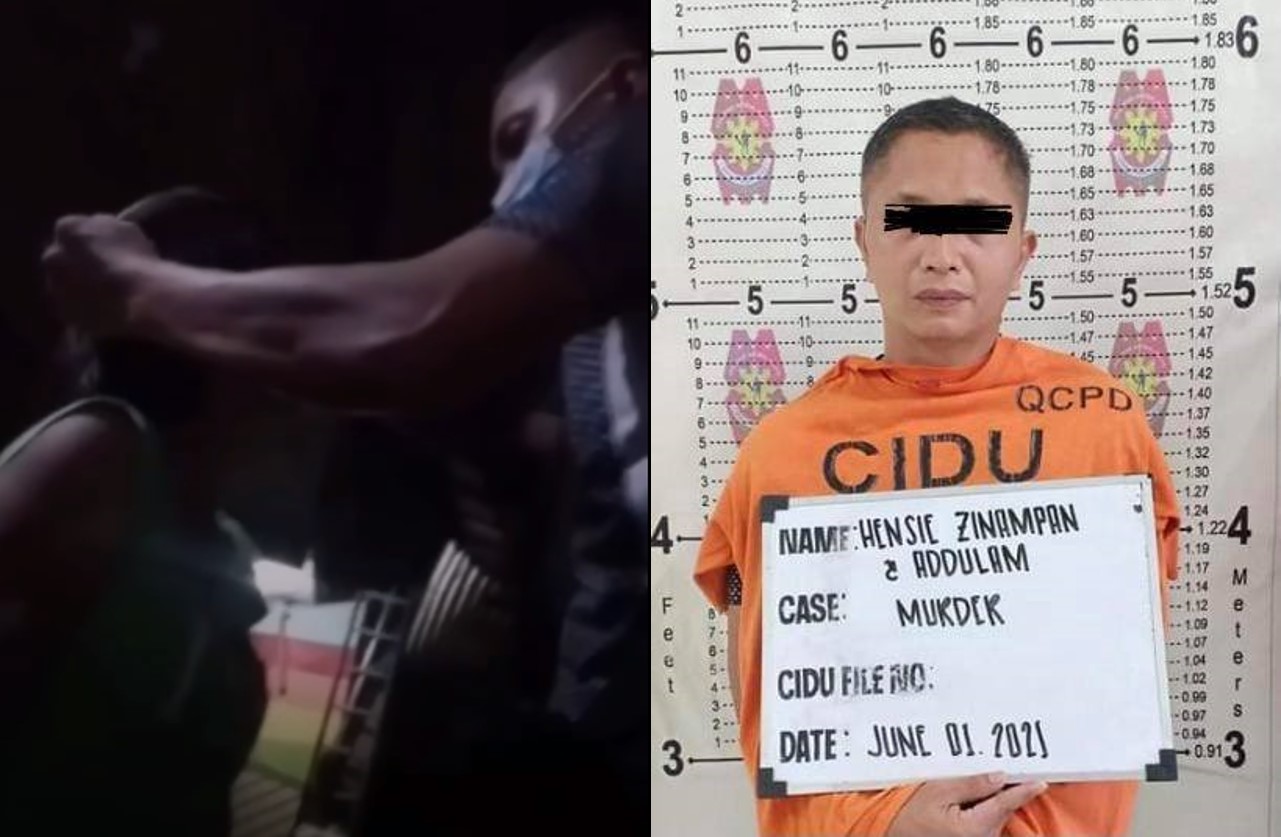 These were the last words of 52-year-old woman was ‘mercilessly’ shot dead by a drunk policeman in Fairview, Quezon City.

Lilibeth Valdez was shot dead in front of her family by Police Master Sergeant Hensie Zinampan who approached her.

The incident was caught in a video where Zinampan was seen pulling a gun from his bag then holding it behind his back as he walks towards a Valdez who is buying at a store past 9 pm.

The policeman then grabbed her hair and shot her in the neck.

Zinampan then walked away casually while the family of the victim weeps on her body laying on the ground.

The suspect was immediately arrested by the police, who vehemently denied that he shot the victim despite the cellphone video proving it.

According to the victim’s daughter, Beverly Luceño, Zinampanan had a fist fight with the her two brothers and her father last May 1.

The daughter added that Zinampanan have been threatening her family.

Eleazar was fuming mad when he met Zinampan at Quezon City police headquarters a day after the killing.

In a footage, the chief of PNP was seen berating and shaking Zinampan against the wall.

Eleazar is facing a daunting challenge to clean the image of the police tainted by the war on drugs, alleged human rights violations and corruption.

Zinampan is facing a murder complaint which sought by the PNP chief himself.

Netizens react to the gruesome incident which sparked criticisms and distrust to PNP.

A netizen said Zinampan’s action is unacceptable and unbecoming for a uniformed official.

Meanwhile, a commenter is calling for revival of death penalty in the Philippines.

Another netizen couldn’t help but to bring up the case of Police Master Sergeant Jonel Nuezca who shot his two neighbors dead.