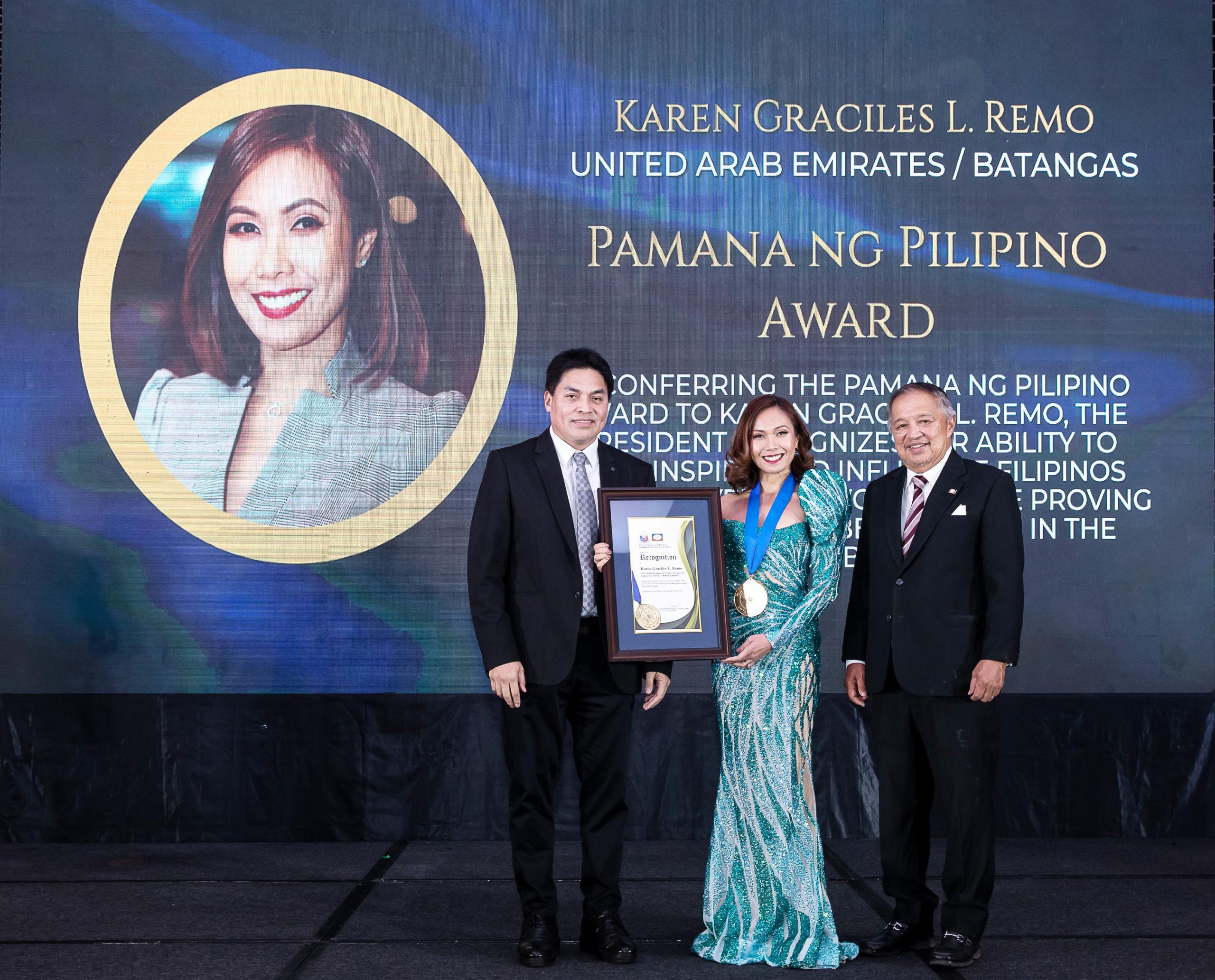 The Office of the President of the Republic of the Philippines has conferred the Presidential Award — the highest recognition given by the Philippine government to Filipino individuals and organisations overseas — to UAE-based business leader Dr. Karen Remo.

Presented by Secretary and Chairperson of Commission on Filipinos Overseas Justice Francisco Acosta, who officially acted on behalf of President Rodrigo Roa Duterte, this distinction is given to overseas Filipinos “who, in exemplifying the talent and industry of the Filipinos, have brought the country honour and recognition through excellence and distinction in the pursuit of their work or profession”.

“In conferring the Pamana ng Pilipino Award to Dr. Karen Remo, the President recognises her ability to lead, inspire, and influence Filipinos from all over the world while proving that women can be a pioneer in the field of business,” according to the Presidential Awards for Filipino Individuals and Organizations (PAFIOO) Awards Committee.

“Dr. Remo continues to be an inspiring entrepreneur and community leader in the Middle East. She has not only earned the respect of Filipinos and the multinational expat professionals in Dubai but also inspired many women to pursue their careers in business,” it added.

A report by Commission on Filipinos Overseas (CFO) also commended Dr. Remo’s role in enriching the economic and social ties between the UAE and the Philippines. “Playing such an important role in the media industry, she fosters a positive relationship between the UAE and the Philippines.  Her position has also allowed her to put Filipinos on the center stage.”

“Dr. Remo also started a campaign to demonstrate Filipinos’ trust in the UAE government’s efforts to eradicate the COVID-19. It also represents both countries’ unwavering support for one another in their attempts to contain the disease’s spread,” CFO added.

Philippine Ambassador to the UAE, Her Excellency Hjayceelyn Quintana, in her endorsement of the Presidential Award nomination, said: “Dr. Remo comes from a community of an estimated one million Filipinos in the United Arab Emirates. To be a cut above the rest means that the impact of her achievements in the host country is a source of pride for Filipinos not only in the UAE, but in the Middle East region as a whole. It is worth noting that The Filipino Times that Dr. Remo has founded in 2013 is now the largest digital news portal for Filipinos in the Middle East and the biggest free newspaper in the UAE.”

Consul General Renato Dueñas, Philippine Consul General in Dubai and Northern Emirates, added: “My warmest congratulations to Dr. Karen Remo on being conferred the Presidential Award from the Commission on Filipinos Overseas. Dr. Remo has been an outstanding Overseas Filipino, who has trail-blazed in the media and business world in the UAE and the Middle East region. Her accomplishments speak for themselves and are a testament to Filipino talent, ingenuity, and dedication. She truly is a great role model for all Filipinos. I’m confident this award will inspire her even more in her mission to provide reliable news and information to her fellow Overseas Filipinos in the UAE and beyond.”

Dr. Remo said: “It is an honour to receive such a prestigious recognition and I am very grateful to the Office of the President, CFO, and the PAFIOO Awards Committee for this award. I have been privileged to work with and help many clients – both in the government and private sectors –in the MENA and Asia-Pacific regions. I am very thankful to our readers and followers who always support and challenge us to do better.  It was their trust and support that gave me this opportunity to showcase the passion and dedication of every team member in the NPM Group of companies to be of service and to make a difference.”

“I am honoured to foster the positive relationship between UAE and Philippines. Both countries’ visionary and inclusive leadership has inspired me to promote global excellence, tolerance and respect, women empowerment and entrepreneurship – which have great impact in the society, the environment and the economy,” she added.

The Commission on Filipinos Overseas highlighted the following achievements of Dr. Remo: 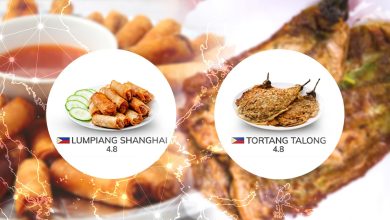 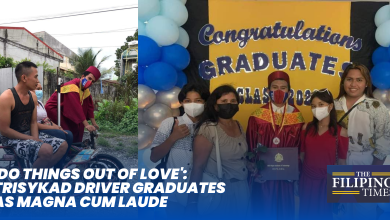 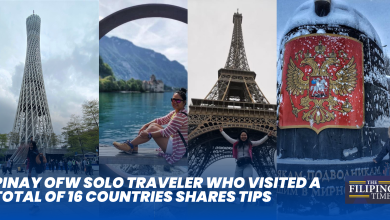 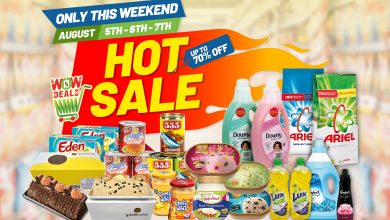