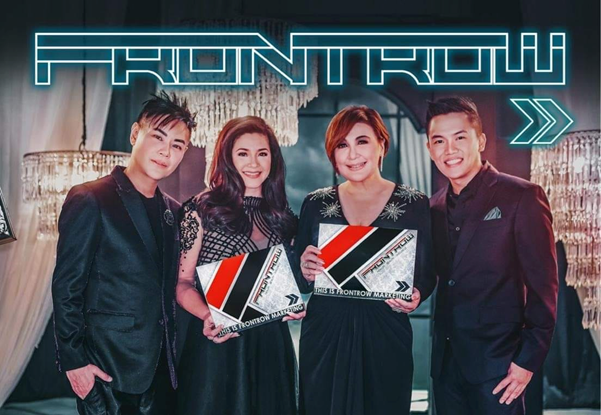 One of the many goals for overseas Filipinos is to save enough money to enjoy a comfortable life when they decide to head back home for good in the Philippines.

Two Filipinos who have already managed to make their first Php1million while working abroad are Bob Quilapio and Erlinda “Earl” Hosena who apart from their day job took it among themselves to explore the possibilities of engaging in FrontRow’s lucrative business model.

Here’s how they made their first million.

For Bob Quilapio, a media professional who has been in the industry since 2013, it’s the challenge of managing your time to find ways to maximize your earning potential despite the hustle and bustle of the city. “Everyone is busy when you’re abroad specially here but it’s not about not having the time, it’s about making time to the things that really matters,” said Quilapio.

When he learned about FrontRow, he shared that the change was holistic as it offered him a fresh perspective on the meaning of success – which is helping fellow people succeed in life. “Now I see things differently, I think differently, Frontrow allows you to see no boundaries and this is what great about this industry, it tells you that success isn’t about the money it’s about helping people to achieve their goals too.”

From then on, he strived to learn more about how he could unlock his own potential to share the great products, the marketing plans and is now on his way to building his dream house after earning his first million while helping to build the dreams of fellow Filipinos in the process. “My goal is to make more people understand the power of this business and to help more reach their full potential.

Similar to stories of many Filipinos, Erlinda “Earl” Hosena was averse to the thought of networking as she even recalls falling asleep during the presentation. “Why should I do networking? That’s only selling and recruitment, it’s not my line of work,” reminisces Hosena.

Now loud and proud at 40, 12 years of which she spent as an OFW in the UAE, Hosena shares that she realized the real potential on how Frontrow can help her fast track her dreams not just for herself, but more importantly, for her family and the Filipino community as well. “In my four years of continuous business dealings, I have realized that Frontrow has a value that goes beyond material possessions as it acts as a vehicle towards reaching and fulfilling your dreams. However the journey towards reaching your dream wouldn’t be easy, but know that it’s not impossible with the right guidance.”

Both Quilapio and Hosena recommend FrontRow’s Luxxe White product as it helps them on their daily routine. “In the field of construction work, I am constantly exposed to the sun which leaves my skin in a bad state. But in a mere three weeks of using Luxxe White, I immediately noticed the difference – it gives your skin an age-defying fresh look!” said Hosena.

Spanning five years of operations in the UAE, FrontRow has already produced 20 self-made Filipino millionaires who now form part of their Millionaires Club (M Club). Former OFWs-turned members now enjoy 50% lifetime discounts and have already decided to head back home to do Frontrow business as they continue to help many Filipinos stay healthy with the use of Frontrow products.

Frontrow’s success is endorsed by Philippines’ bankable and veteran stars including The Songbird Regine Velasquez-Alcasid and the Mega Star Sharon Cuneta. Frontrow UAE is also a proud member of the Direct Selling Association in UAE (DSA UAE) which is the official association recognized by the UAE’s Ministry of Economy for direct selling and network marketing companies engaged in the business of person-to-person selling.

Here are the contact details if you want to be part of Bob Quilapio’s Frontrow team DOMINATION:

Here are the contact details if you want to be part of Earl Hoseña’s Frontrow Team Empire – Gamechangers UAE: 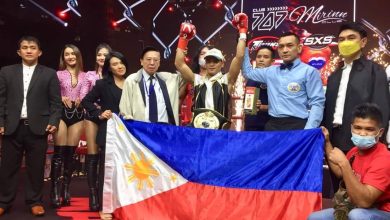 Pinoy boxer knocks out opponent in under 10 seconds 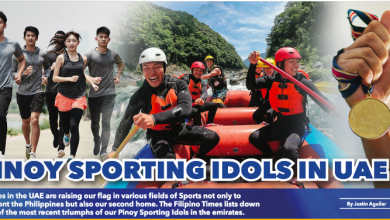 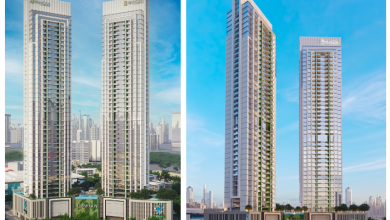 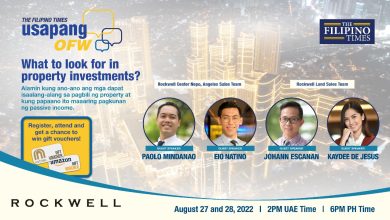 This website uses cookies to improve your experience while you navigate through the website. Out of these, the cookies that are categorized as necessary are stored on your browser as they are essential for the working of basic functionalities of the website. We also use third-party cookies that help us analyze and understand how you use this website. These cookies will be stored in your browser only with your consent. You also have the option to opt-out of these cookies. But opting out of some of these cookies may affect your browsing experience.
Necessary Always Enabled
Necessary cookies are absolutely essential for the website to function properly. These cookies ensure basic functionalities and security features of the website, anonymously.
Functional
Functional cookies help to perform certain functionalities like sharing the content of the website on social media platforms, collect feedbacks, and other third-party features.
Performance
Performance cookies are used to understand and analyze the key performance indexes of the website which helps in delivering a better user experience for the visitors.
Analytics
Analytical cookies are used to understand how visitors interact with the website. These cookies help provide information on metrics the number of visitors, bounce rate, traffic source, etc.
Advertisement
Advertisement cookies are used to provide visitors with relevant ads and marketing campaigns. These cookies track visitors across websites and collect information to provide customized ads.
Others
Other uncategorized cookies are those that are being analyzed and have not been classified into a category as yet.
SAVE & ACCEPT
1601 shares
Close