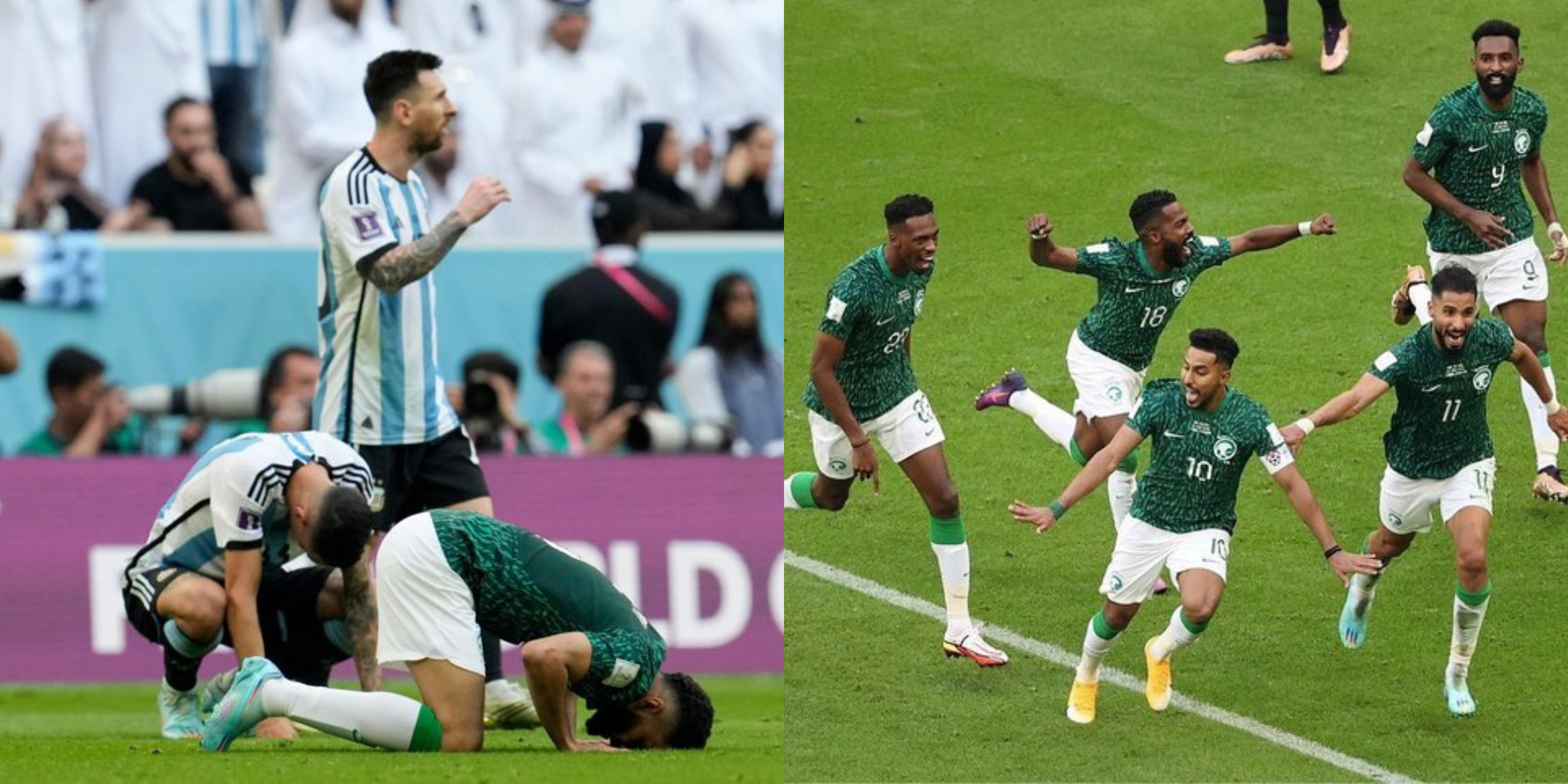 Photos courtesy of AP and MOI

FIFA Fans were left in frenzy at the Lusail Stadium, Lusail, Qatar after Saudi Arabia clinched a 2-1 win against Lionel Messi’s team, Argentina on Tuesday, November 22.

Argentina was leading during the first half but were left stunned after Saleh Al-Shehri squeezed in a low shot in the 48th minute. 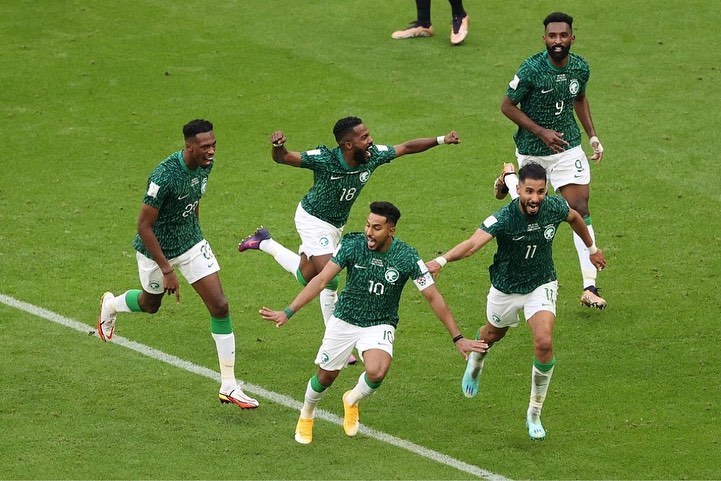 Much to the disbelief of the crowd, at the 53rd minute, Salem Al-Dawsari curled in a scorching strike from the edge of the penalty area leaving the entire stadium, especially Messi, looking utterly shocked in the Group C opener.

The result of the game was a massive upset for Messi’s fans as the player is on his fifth and final quest for the only major trophy to elude him.

The 35-year-old footballer scored a 10th minute penalty in a dominant first half display alongside teammate Lautaro Martinez who helped attempt three goals only to be disallowed for offside. 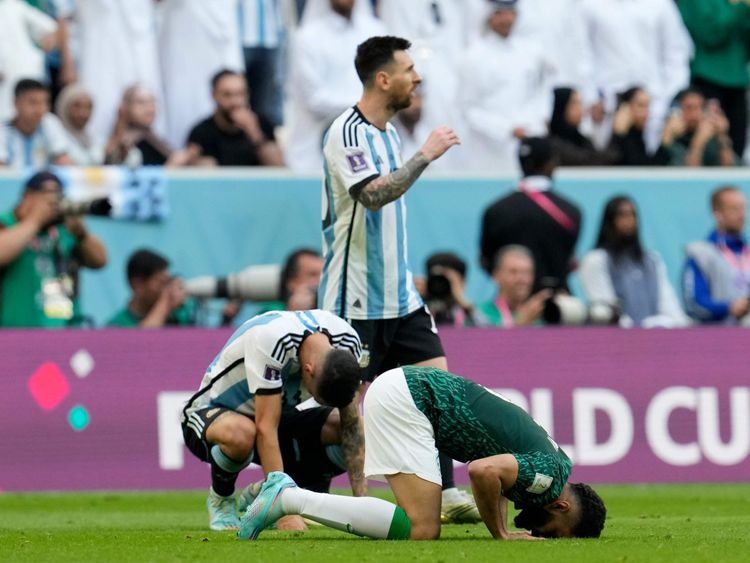 To celebrate their win, King Salman of the Kingdom of Saudi Arabia has announced Wednesday, November 23 to be a national holiday for all employees in both public and private sectors as well as for students in all educational stages.

Custodian of the Two Holy Mosques Directs that Wednesday Will be a Holiday for all Employees in all Government Sectors and Private Sector, and Students in all Educational Stages.https://t.co/fbQeugt3cv#SPAGOV pic.twitter.com/YCIsFKZ1Qb 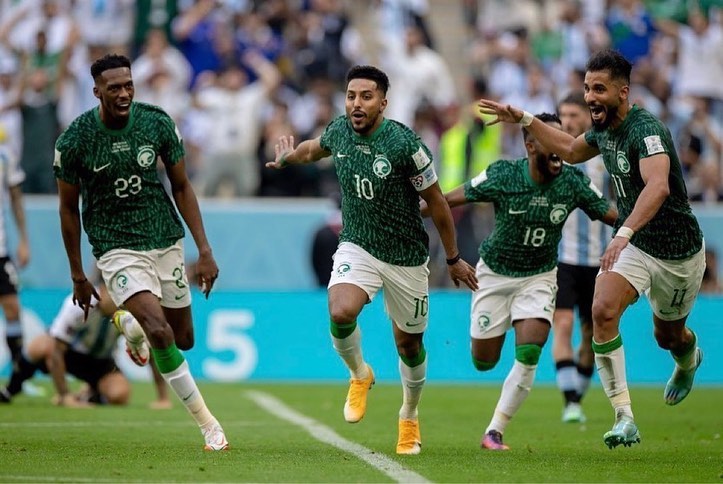 This website uses cookies to improve your experience while you navigate through the website. Out of these, the cookies that are categorized as necessary are stored on your browser as they are essential for the working of basic functionalities of the website. We also use third-party cookies that help us analyze and understand how you use this website. These cookies will be stored in your browser only with your consent. You also have the option to opt-out of these cookies. But opting out of some of these cookies may affect your browsing experience.
Necessary Always Enabled
Necessary cookies are absolutely essential for the website to function properly. These cookies ensure basic functionalities and security features of the website, anonymously.
Functional
Functional cookies help to perform certain functionalities like sharing the content of the website on social media platforms, collect feedbacks, and other third-party features.
Performance
Performance cookies are used to understand and analyze the key performance indexes of the website which helps in delivering a better user experience for the visitors.
Analytics
Analytical cookies are used to understand how visitors interact with the website. These cookies help provide information on metrics the number of visitors, bounce rate, traffic source, etc.
Advertisement
Advertisement cookies are used to provide visitors with relevant ads and marketing campaigns. These cookies track visitors across websites and collect information to provide customized ads.
Others
Other uncategorized cookies are those that are being analyzed and have not been classified into a category as yet.
SAVE & ACCEPT
246 shares
Close