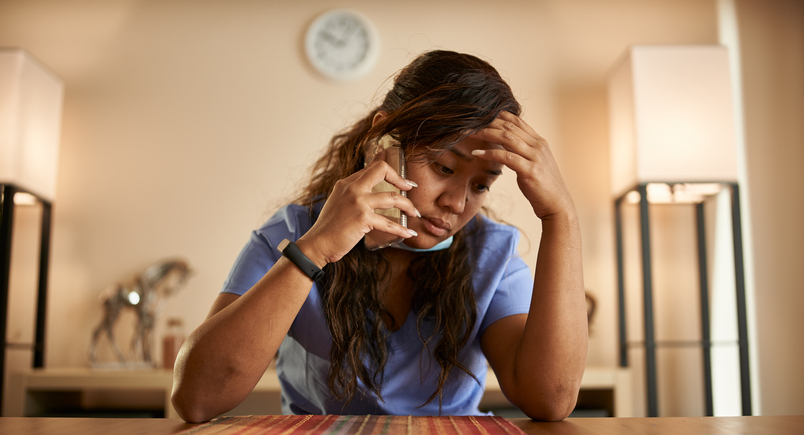 Global analytic firm Gallup reported that the Philippines is the most stressed and second angriest and saddest country in Southeast Asia in 2021.

The Gallup Global Emotions Report measured the world’s emotional temperature through surveys and discovered the emotional states of different people from over 100 countries.

“The methodology is nationally representative, with probability-based samples among the adult population, ages 15 and older,” Gallup said.

RELATED STORY: 7 out of 10 young Filipinos more stressed at work this 2022 – survey

The respondents were asked if they were angry, sad or stressed on the day the survey was conducted.

48% of Filipino respondents said they were stressed, the highest in Southeast Asian nations.

Thailand (44%) and Cambodia (40%) followed the Philippines. Vietnam, Myanmar, and Singapore joined the list.

Indonesia was the least stressed Southeast Asian nation according to the survey.

The most angry country was Laos with 29% of the respondents saying yes.

Philippines ranked second with 27%. Indonesia, Cambodia, Thailand and Myanmar were all tied in terms or ranking.

The saddest country was Cambodia with 42%.

“They offer an insight on people’s daily experiences, and the health of their societies which cannot be determined solely by economic measures,” Gallup said.

This website uses cookies to improve your experience while you navigate through the website. Out of these, the cookies that are categorized as necessary are stored on your browser as they are essential for the working of basic functionalities of the website. We also use third-party cookies that help us analyze and understand how you use this website. These cookies will be stored in your browser only with your consent. You also have the option to opt-out of these cookies. But opting out of some of these cookies may affect your browsing experience.
Necessary Always Enabled
Necessary cookies are absolutely essential for the website to function properly. These cookies ensure basic functionalities and security features of the website, anonymously.
Functional
Functional cookies help to perform certain functionalities like sharing the content of the website on social media platforms, collect feedbacks, and other third-party features.
Performance
Performance cookies are used to understand and analyze the key performance indexes of the website which helps in delivering a better user experience for the visitors.
Analytics
Analytical cookies are used to understand how visitors interact with the website. These cookies help provide information on metrics the number of visitors, bounce rate, traffic source, etc.
Advertisement
Advertisement cookies are used to provide visitors with relevant ads and marketing campaigns. These cookies track visitors across websites and collect information to provide customized ads.
Others
Other uncategorized cookies are those that are being analyzed and have not been classified into a category as yet.
SAVE & ACCEPT
286 shares
Close