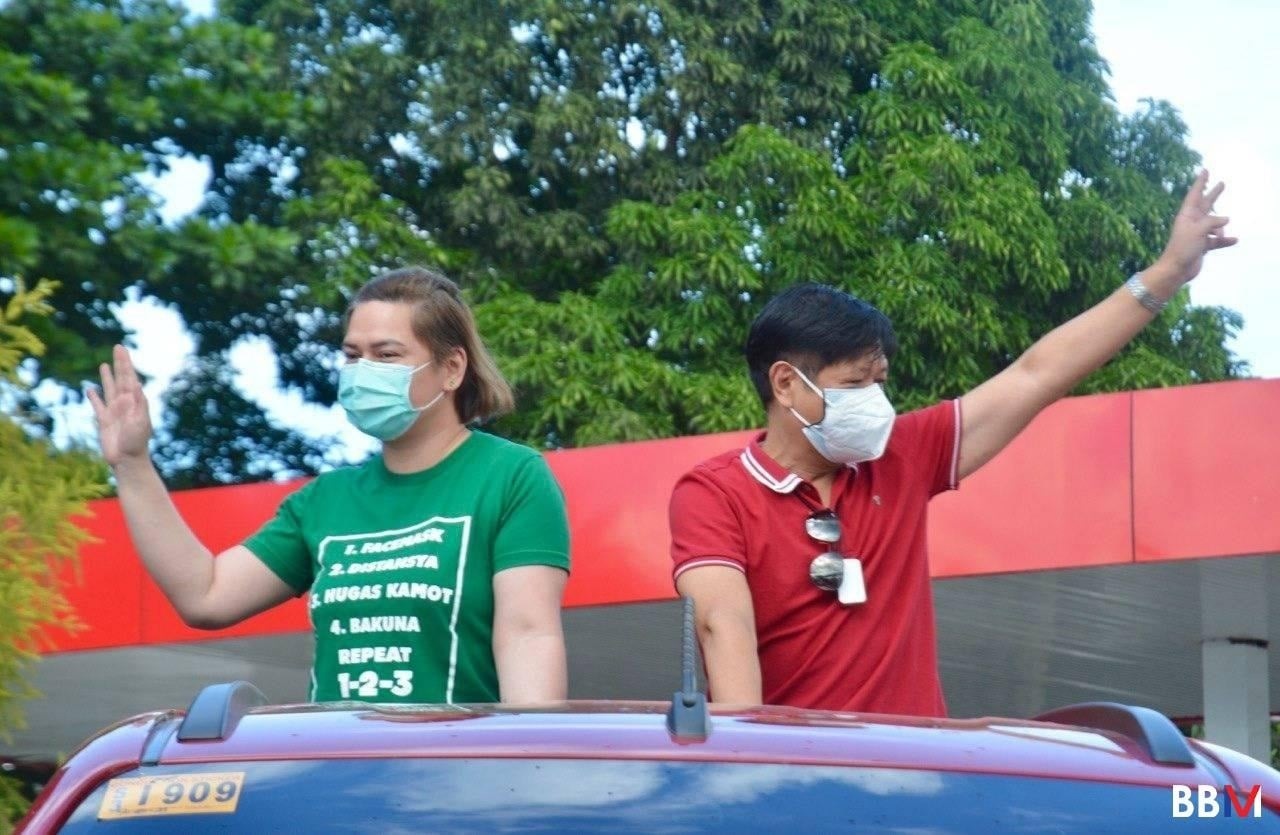 Political party Lakas-CMD has officially adopted the son of former dictator and presidential aspirant Bongbong Marcos as their presidential bet.

“Whereas, as Chairman of Lakas-CMD, Mayor Sara Zimmerman Duterte was given the authority and power to choose her presidential running mate,” the resolution read.

“Whereas, the leaders of several political parties, have expressed interest in establishing an alliance with Lakas-CMD for the May 9, 2022 national and local elections,” the resolution stated.

READ ON: Sara Duterte explains why she decided to run with Bongbong

“Resolved as it is hereby resolved, that the President, Ferdinand Martin Romualdez is hereby authorized to set the terms and conditions of the joint undertakings of Lakas-CMD and the preferred political parties toward the victory of their official candidates in the May 09, 2022 national and local elections,” it added.

The Davao mayor thanked the party for adopting Marcos to the party.

“I know that you have many friends outside of LAKAS-CMD and I hope that you will take timeout to talk to them and invite them to join the LAKAS-CMD-PFP Uniteam Alliance for the May 2022 elections. Thank you everyone,” she said. (TDT)

This website uses cookies to improve your experience while you navigate through the website. Out of these, the cookies that are categorized as necessary are stored on your browser as they are essential for the working of basic functionalities of the website. We also use third-party cookies that help us analyze and understand how you use this website. These cookies will be stored in your browser only with your consent. You also have the option to opt-out of these cookies. But opting out of some of these cookies may affect your browsing experience.
Necessary Always Enabled
Necessary cookies are absolutely essential for the website to function properly. These cookies ensure basic functionalities and security features of the website, anonymously.
Functional
Functional cookies help to perform certain functionalities like sharing the content of the website on social media platforms, collect feedbacks, and other third-party features.
Performance
Performance cookies are used to understand and analyze the key performance indexes of the website which helps in delivering a better user experience for the visitors.
Analytics
Analytical cookies are used to understand how visitors interact with the website. These cookies help provide information on metrics the number of visitors, bounce rate, traffic source, etc.
Advertisement
Advertisement cookies are used to provide visitors with relevant ads and marketing campaigns. These cookies track visitors across websites and collect information to provide customized ads.
Others
Other uncategorized cookies are those that are being analyzed and have not been classified into a category as yet.
SAVE & ACCEPT
213 shares
Close