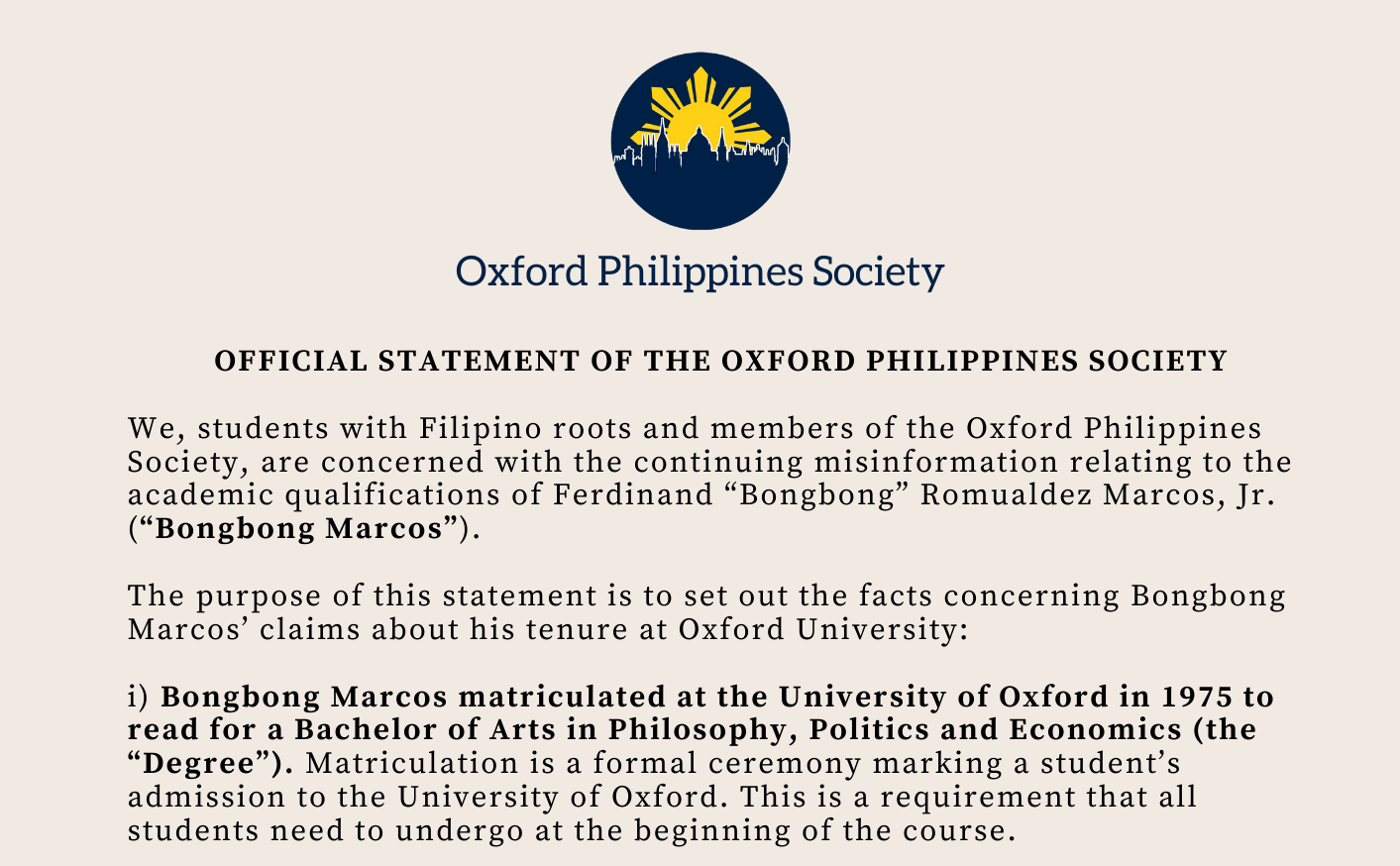 The Oxford Philippine Society has issued a statement clarifying claims that former senator and son of the late dictator Bongbong Marcos finished his degree in the prestigious university.

The society is composed of Filipino students and alumni of Oxford University in England.

But they confirmed that Marcos has been awarded a Special Diploma in Social Studies in 1978.

The group said that they wanted to set the record straight that Marcos is not a degree holder from Oxford.

“We would like to emphasise that this statement is not a political statement. We are making this statement in aid of public discourse in a time where disinformation and fake news are prevalent. Such disinformation prevents Filipinos from exercising their democratic rights in a fair and meaningful way, and we believe every Filipino should have access to correct information as we prepare to vote in May 2022,” the group said.