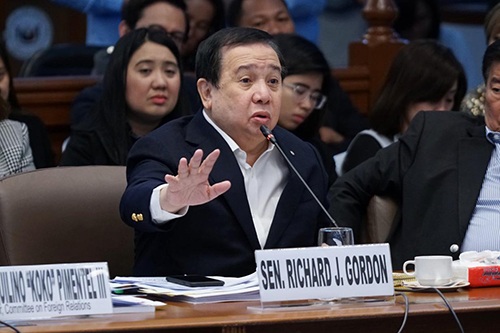 Senator Richard Gordon lamented that no country deserves to be led by President Rodrigo Duterte.

The statement comes after Duterte’s tirades against the senator and his fellpw lawmakers over their probe on corruption allegations.

“No nation deserves him because nagtiwala ang tao and he betrayed the trust of the people,” Gordon said.

The senator said that Duterte is trying to distract the ongoing probe.

“Manduduro at manduduro ‘yan, they will intimidate,” the senator said.

Duterte consistently attacks the senate in his public briefing and defended his men from corruption allegations including his friend and businessman Michael Yang.

The president also warned that he will campaign against Gordon who has previously expressed his intention to run for president. (TDT)