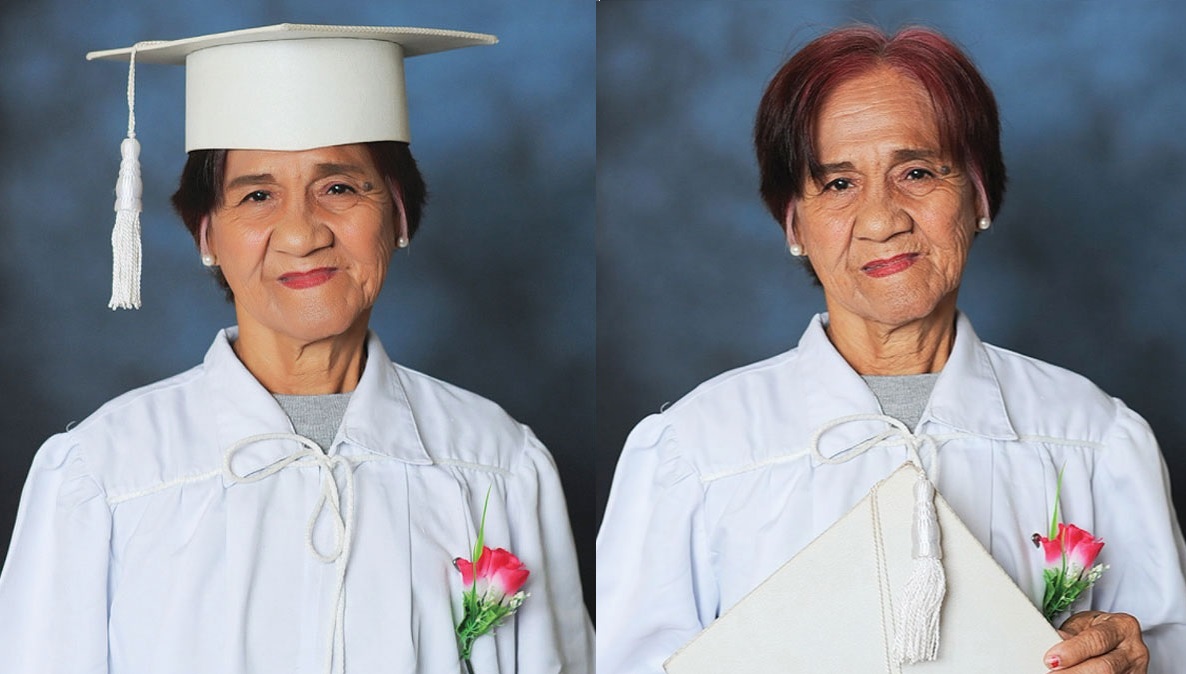 Age is no Barrier to Education was highlighted by 62-year-old senior citizen Josephine Amante Villatema, when she graduated recently in junior high school through the Alternative Learning System (ALS) at Timoteo Policarpio Memorial School, located in Norzagaray, Bulacan.

Villatema will be attending her class’ graduation ceremony that will be held in July this year.

Juggling her studies alongside caring for six grandchildren, Villatema was at first left feeling awkward at studying alongside younger classmates but soon decide to follow her dreams of finishing her incomplete education, said her advisor Shiela Flores Castillo – who described her as ”thoughtful and hardworking.”

Josephine or “Nanay” — as she was called by others – soon became an inspiration for the youths in the ALS, Castillo said. (AW)