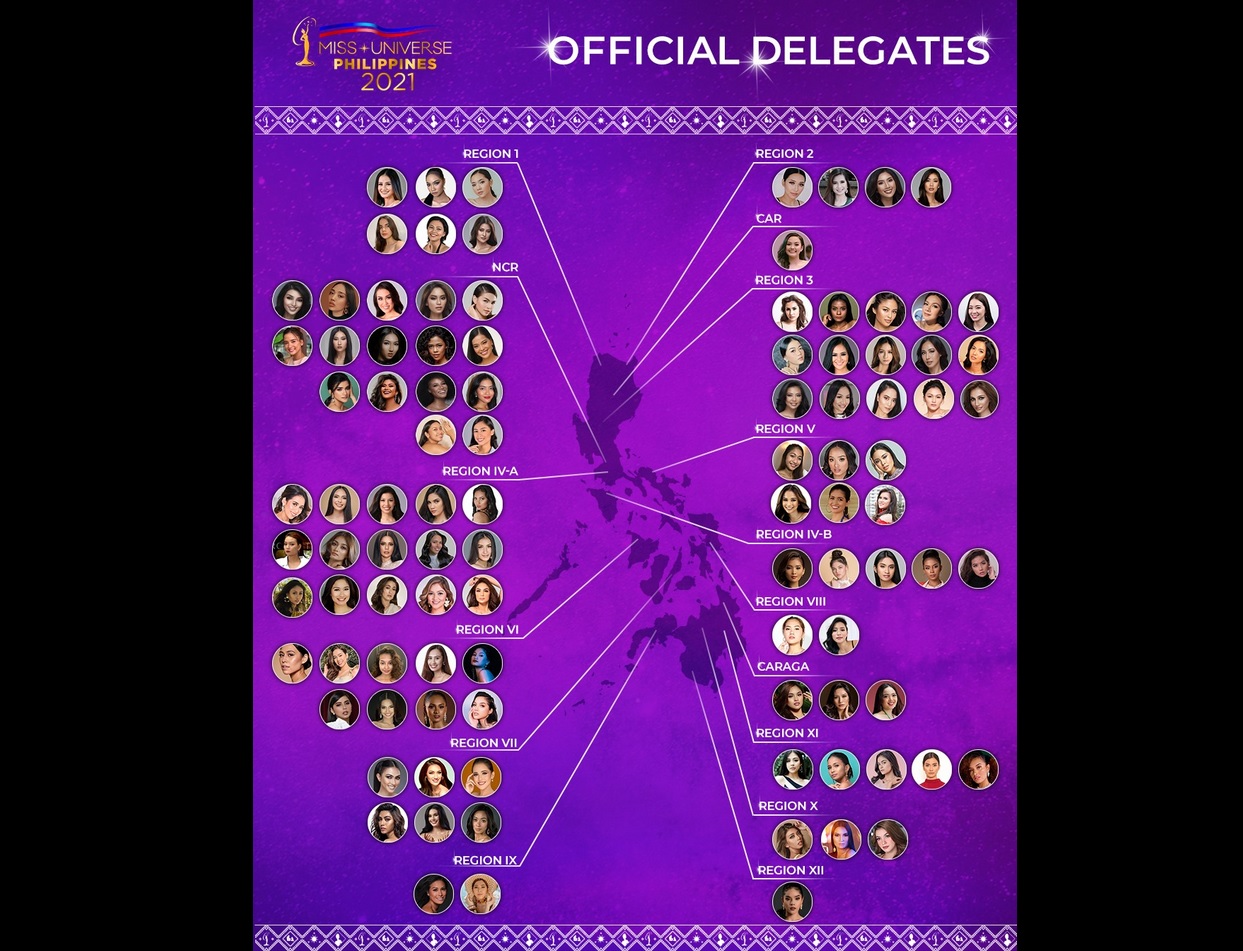 The Filipinas from Manobo and Bagobo tribes and those with varied racial and ethnic backgrounds have been represented among the top 100 delegates for the Miss Universe Philippines (MUP) 2021 edition announced on Monday, July 19.

In a series of Facebook posts, the MUP said that 100 ladies qualified for the coveted beauty competition and were “set to conquer the Universe!”

“The Miss Universe Philippines Official Delegates inspire representation in various forms. They are tourism ambassadors who promote their regions. They are the faces of the rich cultural heritage of our nation. Filipinas from the indigenous peoples like the Manobo and Bagobo tribes, mixed races and various ethnicities, everyone is represented,” posted MUP.

“The beauty of the Filipina is as diverse as the natural beauty of the country. We take great pride in that Filipinos all over can look at the phenomenal delegates and be inspired by every single one,” it added.

Hundreds of young women with pageant experience had sent in their applications and the final delegates were selected after an intense round of virtual interviews in mid-July. Those who were selected range from pageant veterans to newbies.

The pageant will begin with all 100 delegates and based on votes from the Miss Universe Philippines mobile app, the list will come down to 75 and then 50. These 50 candidates will be flown to Metro Manila for face-to-face interviews with MUP. On August 31, 30 official candidates will be chosen from 50, who will compete live and in-person on September 25.