Christmas is the season to be jolly, and for most Filipinos, it’s also the season for faith renewal and reflection. In the Philippines, this entails waking at the crack of dawn to attend the traditional, nine morning masses, leading up to the Miss de Gallo on Christmas Eve.

The tradition is alive in the hearts of Filipino expats in the UAE. 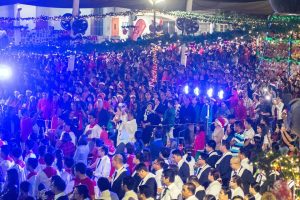 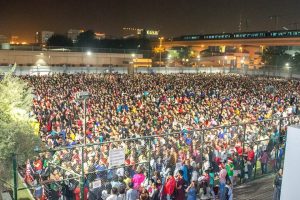 There was an estimated 35,000 Filipinos that flocked St. Mary’s Church on the evening of December 23 for the final Simbang Gabi of the year.

Vendors selling Filipino delicacies bring cheer and a little taste of home through some Pinoy favorites like hot bibingka and puto bumbong.

With limited space available inside the St Mary’s compound, parishioners didn’t mind staying outside or standing on the nearby pedestrian bridge to hear the ceremony.

Edward Aleron of Karama said he wanted to complete all nine masses. It is believed that wishes will granted if you complete
all nine Simbang Gabi. But he said, he missed one mass.

Pat Castro, overall chair of Simbang Gabi 2016, said in an earlier interview there were between 32,000 to 35,000 Filipinos present in the first two nights of the Simbang Gabi. The attendance averaged between 20,000 and 25,000 in the following evenings, he added.