Seventeen people were injured after a passenger jeepney slammed into a passenger bus along Diversion Road, Lopez, Quezon past noon today.

The jeep overturned due to the force of impact, injuring passengers and the driver. None of the bus passengers were injured.

GMA Network News, citing police, reported that the passenger bus was going to Manila while the jeep was from Buenavista, Quezon. The speeding bus was not able to stop on time when it reached an intersection. 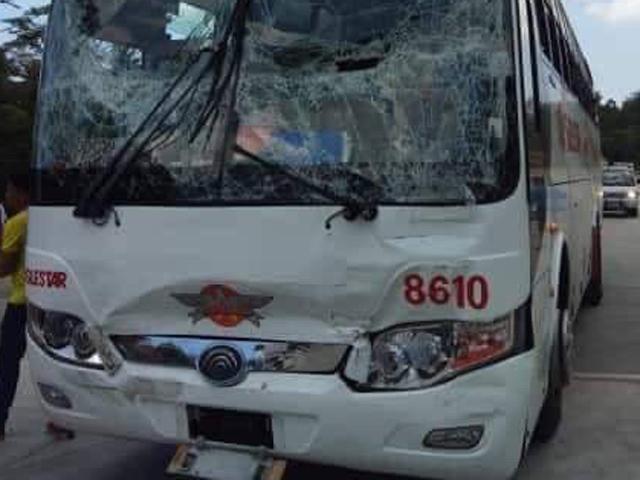 The collision wrecked the jeepney and broke the windshield of the bus.

Residents and rescuers were immediately at the scene. (Photos: GMA News)