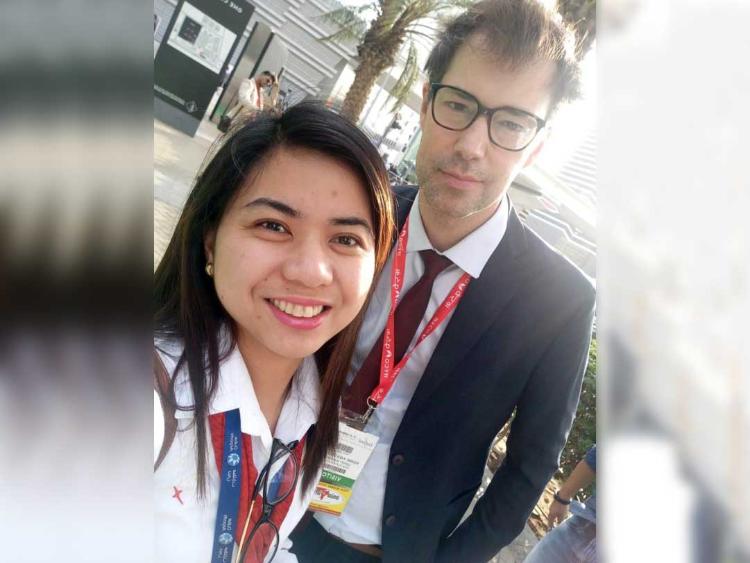 Believing that she would never be able to recover an excess change she gave a customer, a Filipina in Dubai received a surprise after the customer contacted her to return the excess change.

Overseas Filipina worker (OFW) Nerissa Maglanque, who works at an exchange bureau in Dubai Airport, mistakenly handed two sets of Dh390 to one of the customers who had his euros exchanged to dirhams, reported Gulf News.

Maglanque, however, failed to notice this until the end of her shift while she was checking her transactions for the day and noted that she was missing Dh390 which she has to pay if she would not be able to contact the customer.

“Dh390 is already more than 5,000 pesos, which is almost half the money I send home monthly,” the Filipina said.

The OFW was able to identify the person who she gave excess money to and contacted the customer, to no avail.

The following day, however, the customer, Belgian national Pierre Yves Couplet, contacted Maglanque to inform her that he would return the money and that she does not have to worry about anything.

Couplet, who works as an export manager of a chocolate company, told the Filipina that he was really tired and failed to check the amount the OFW handed him when he had his money exchanged.

Couplet met with the Filipina to return the money and gave her some chocolates from his company.

The Filipina thanked the Belgian national for his honesty despite only being in Dubai for a few days.

“I have experienced customers ignoring calls in similar situations. But Mr Pierre did not. It’s not every day that you meet someone like him. I wish more people would have the same big heart,” the Filipina said.

This website uses cookies to improve your experience while you navigate through the website. Out of these, the cookies that are categorized as necessary are stored on your browser as they are essential for the working of basic functionalities of the website. We also use third-party cookies that help us analyze and understand how you use this website. These cookies will be stored in your browser only with your consent. You also have the option to opt-out of these cookies. But opting out of some of these cookies may affect your browsing experience.
Necessary Always Enabled
Necessary cookies are absolutely essential for the website to function properly. These cookies ensure basic functionalities and security features of the website, anonymously.
Functional
Functional cookies help to perform certain functionalities like sharing the content of the website on social media platforms, collect feedbacks, and other third-party features.
Performance
Performance cookies are used to understand and analyze the key performance indexes of the website which helps in delivering a better user experience for the visitors.
Analytics
Analytical cookies are used to understand how visitors interact with the website. These cookies help provide information on metrics the number of visitors, bounce rate, traffic source, etc.
Advertisement
Advertisement cookies are used to provide visitors with relevant ads and marketing campaigns. These cookies track visitors across websites and collect information to provide customized ads.
Others
Other uncategorized cookies are those that are being analyzed and have not been classified into a category as yet.
SAVE & ACCEPT
2634 shares
Close