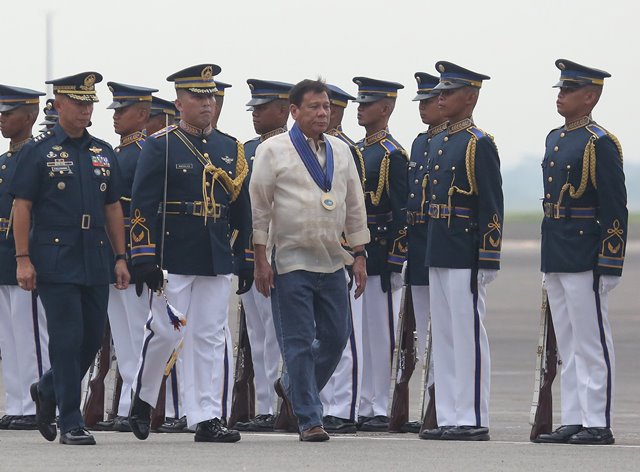 President Rodrigo Duterte may have ditched his signature chequered shirt for a Barong Tagalog with rolled-up sleeves, but the pair of denim jeans stays.

Traditionally, a barong is classified as formal wear and is not worn with jeans. However, Duterte is known for prioritizing comfort when it comes to his clothes. Hence, he wore jeans.

During the campaign period, the President preferred to wear jeans and plaid shirts even when attending business events. He was first seen wearing a barong during the first presidential debate in Cagayan de Oro City.

Earlier, he clarified that he was not comfortable wearing a barong because of his allergy. “This is a sovereign function,” Duterte told Inquirer.

He was not, however, the first Philippine president to ditch this fashion style. Former president Joseph Estrada was also seen pairing barong with jeans during his early days in Malacanan Palace.

Let’s see if his barong-and-jeans ensemble becomes a trend.