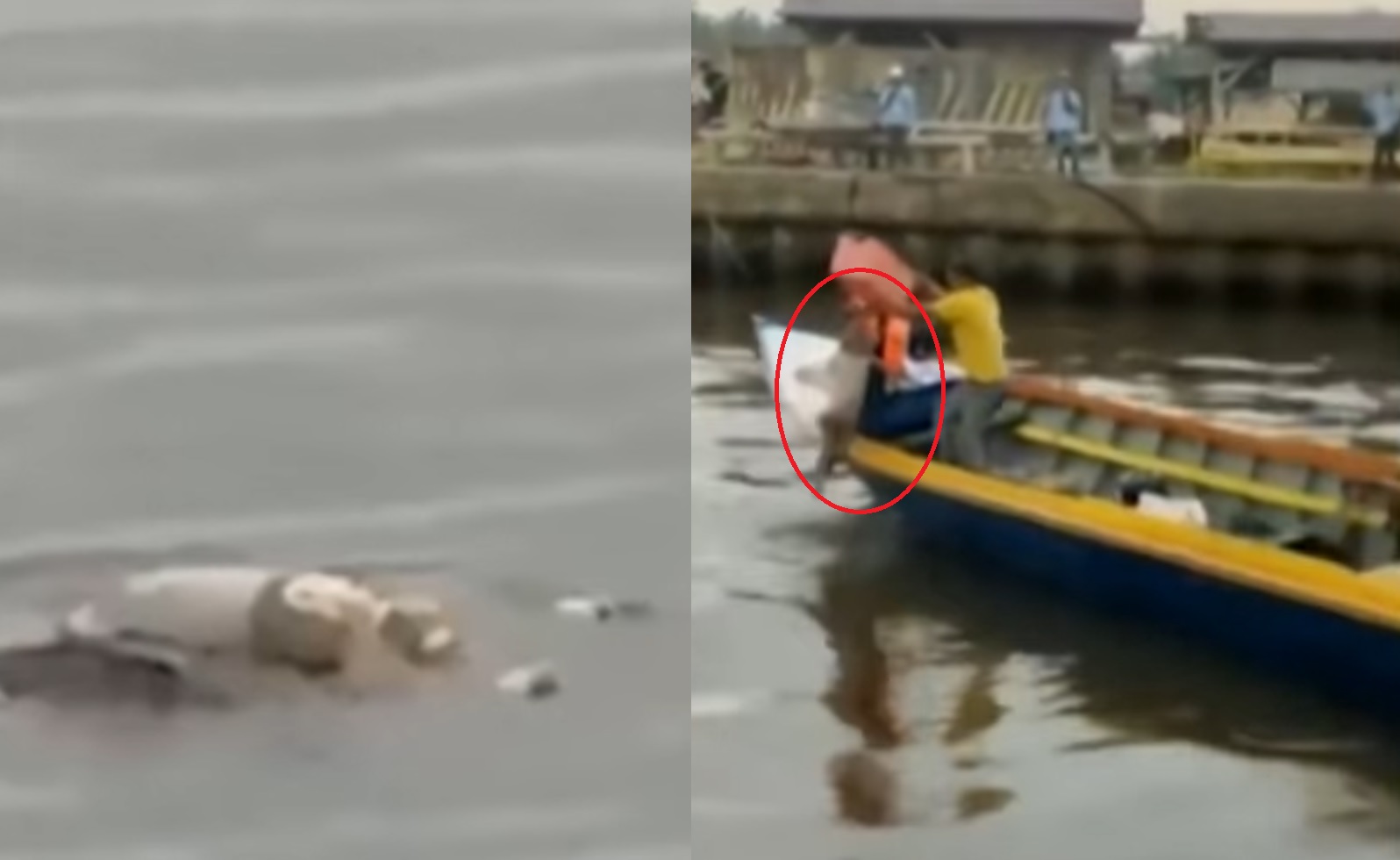 The sight of a massive crocodile carrying the body of a drowned child startled the residents of the Indonesian town of Muara Jawa.

The body, identified as 4-year-old Muhammad Ziyad Wijaya, was recovered from the Mahakam River in East Kalimantan, Indonesia after his family was unable to find it.

Netizens were baffled by the shocking video of the crocodile carrying a small child’s body on its back was broadcast on Indonesian television.

After residents and the victim’s family pulled the child’s body from the water, the crocodile vanished into the riverbed.

The body was immediately moved to the mainland by the joint search and rescue team and residents.

When the little boy’s body was successfully transported to land, no wounds were discovered except for a bite in the back inflicted by the crocodile while picking up the body from the river water and carrying it to the boat.

This website uses cookies to improve your experience while you navigate through the website. Out of these, the cookies that are categorized as necessary are stored on your browser as they are essential for the working of basic functionalities of the website. We also use third-party cookies that help us analyze and understand how you use this website. These cookies will be stored in your browser only with your consent. You also have the option to opt-out of these cookies. But opting out of some of these cookies may affect your browsing experience.
Necessary Always Enabled
Necessary cookies are absolutely essential for the website to function properly. These cookies ensure basic functionalities and security features of the website, anonymously.
Functional
Functional cookies help to perform certain functionalities like sharing the content of the website on social media platforms, collect feedbacks, and other third-party features.
Performance
Performance cookies are used to understand and analyze the key performance indexes of the website which helps in delivering a better user experience for the visitors.
Analytics
Analytical cookies are used to understand how visitors interact with the website. These cookies help provide information on metrics the number of visitors, bounce rate, traffic source, etc.
Advertisement
Advertisement cookies are used to provide visitors with relevant ads and marketing campaigns. These cookies track visitors across websites and collect information to provide customized ads.
Others
Other uncategorized cookies are those that are being analyzed and have not been classified into a category as yet.
SAVE & ACCEPT
85 shares
Close