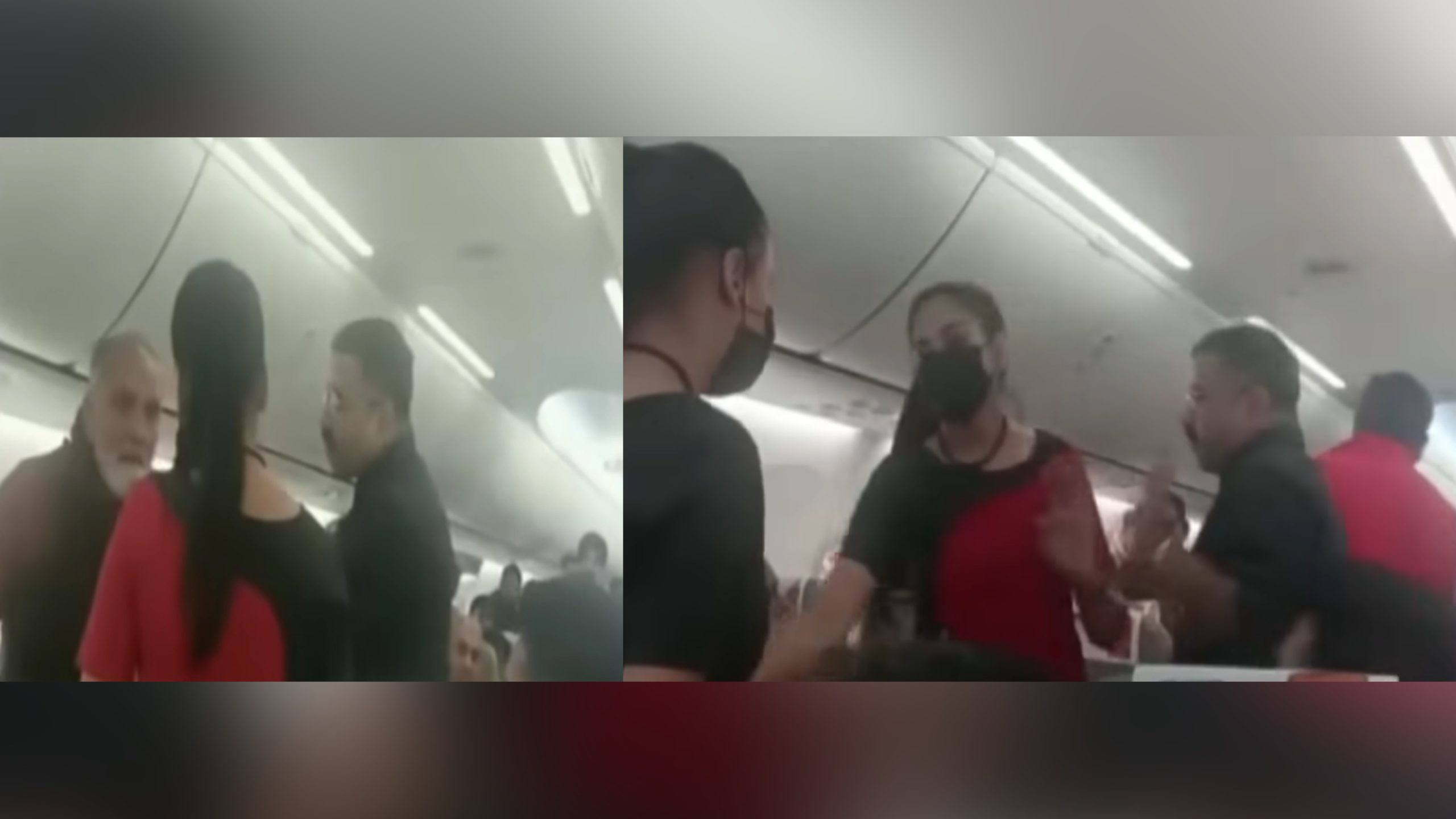 A passenger on a Delhi-Hyderabad SpiceJet flight was offloaded due to his misbehaviour with one of the female cabin crew members.

A video circulating online reveals flight crew and passengers engaging in a verbal spat following a male passenger allegedly behaving improperly with a female crew member. The passenger was later offloaded from the flight.

This comes as the latest in a series of incidents recording inappropriate behaviour from airline passengers towards cabin crew. Recently, a passenger urinated on another on a New York-Delhi Air India flight.

“On January 23, 2023, [a] SpiceJet wet-leased Corendon aircraft was scheduled to operate SG-8133 (Delhi – Hyderabad). During boarding at Delhi, one passenger behaved in an unruly and inappropriate manner, harassing and causing disturbance to the cabin crew. The crew informed the PIC and security staff of [this]. The passenger and a co-passenger, who were travelling together, were offloaded and handed over to the security team,” SpiceJet said in its statement.

While the crew alleged that the passenger had touched a crew member inappropriately, fellow passengers claimed that it was an accident on account of the flight’s confined space.

Though the passenger later issued a written apology, he was offloaded to avert any further problems.

Earlier this month, the Director General of Civil Aviation (DGCA) sent a show cause notice to Air India’s Accountable Manager after two incidents of unruly passenger behaviour occurring on its flight Paris-New Delhi AI-142 on December 6 last year came to the regulator’s attention.

In the first incident, a drunk passenger was caught smoking in the toilet. In the latter, another one allegedly urinated on a vacant seat and a fellow female passenger’s blanket when she went to the toilet.