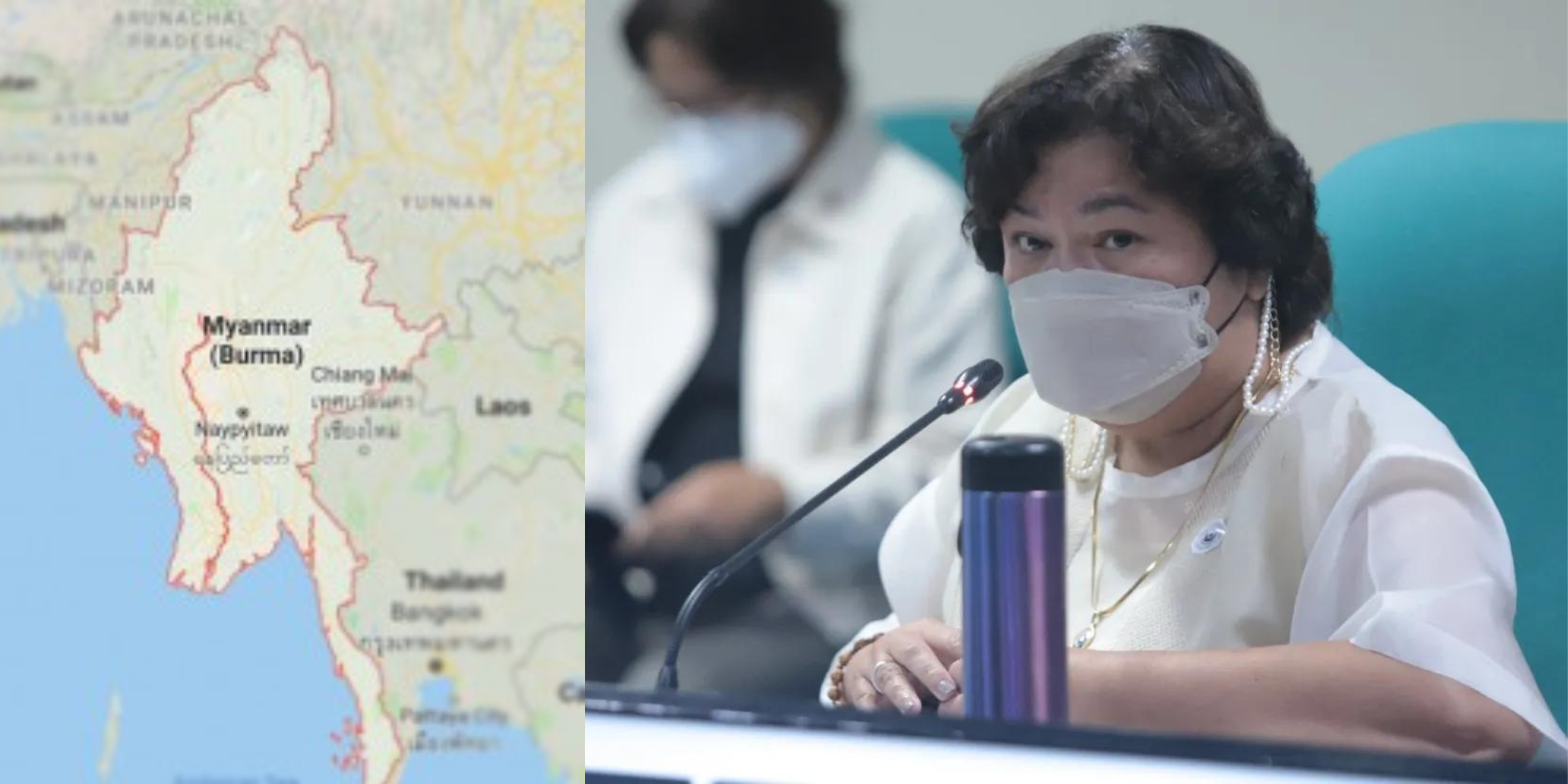 The Department of Migrant Workers has issued an advisory to warn OFWs against an online illegal recruitment scheme offering jobs for Filipinos to work as “customer service relations” or “technical support” staff in Chinese-operated companies along the border of Myanmar and Thailand.
“The Department of Migrant Workers (DMW) has issued an advisory against online offers for temporary work in Myanmar for POGO-run establishments that are really forced labor and human trafficking hubs in disguise,” said Migrant Workers Secretary Susan Ople.
In a recent operation, Ople was able to meet with 10 rescued victims of a Chinese call center based in a remote area in Myanmar near the border of Thailand.
The victims were part of a larger group of 12 people rescued from their Chinese handlers through the coordinated efforts of the Office of Senator Risa Hontiveros, the DMW, and the Department of Foreign Affairs (DFA).
“Our department wishes to thank Senator Risa Hontiveros. It was actually a communication between one of the victims and the staff of Senator Risa that triggered a lot of things. She met one of the victims yesterday and I met around 10 of the human trafficking survivors,” Ople said.
According to the victims, they were recruited online via Facebook and promised a monthly salary of P40,000 for six months of work as “data encoders,” “customer service relations,” (CSR), and “technical support” staff.
However, they ended up in a “techno park” in a remote area in Myanmar that took eight hours to reach by land travel and by foot.
Upon arrival in their place of work, each victim was assigned to a cubicle and given instructions in Chinese that had to be translated via Google Translate. They were made to enter dating apps and other social media platforms to search and cultivate relations with potential bitcoin investors.
“Tama yung sinabi ni Senator Risa Hontiveros in her press conference, that these POGO-type of operations in Myanmar and in other parts of Asia as well, do operate and are luring Filipinos to work there with promises of a six-month contract and a high salary. Medyo sleek ang operations ng Chinese syndicates na involved, and I will not be surprised if there are syndicates also operating in remote areas here in the Philippines,” Ople said.
Acting POEA Administrator and DMW Undersecretary Bernard Olalia earlier signed Advisory No. 54 on August 2, 2022, suspending any further deployment to Myanmar. The advisory warns aspiring OFWs from applying for jobs in Myanmar due to the continued violence and armed conflict in the country as well rising incidences of illegal recruitment and human trafficking.
OWWA also provided financial assistance in the amount of P10,000 to each of the victims.