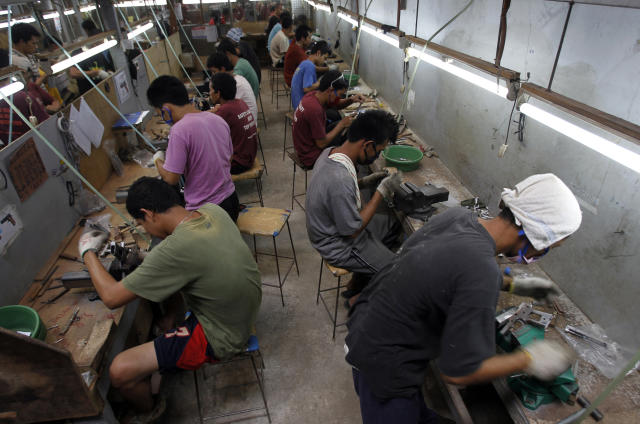 A latest study by the World Bank revealed that the Philippines is among the list of countries with very high income inequality.

The study also noted that the poverty in the Philippines fell by as much as two-thirds or 66 percent.

It also noted that the top 1 percent of earners in the Philippines captured 17 percent of national income, while the bottom 50 percent—the poorest half—only accounts for 14 percent.

The study points out that the reasons behind this were manifold and primarily unfair circumstances.

Factors like being born in a poor area or socially entrenched biases against gender and ethnicity contribute to individuals have less access to education, healthcare, nutrition, and employment. Because all of these are necessary elements for success later in life, the circumstances in the Philippines perpetuates a cycle of poverty which generations of individuals are unable to escape, the study showed.

Some of the current government initiatives to address income inequality include the use of fiscal incentives to encourage businesses to invest in training, upskilling, research, and development.

Another is the full utilization of the PhilSys National ID System to ensure social protection programs such as the social amelioration or ‘ayuda’ program during the pandemic are properly distributed to deserving, vulnerable households.

This website uses cookies to improve your experience while you navigate through the website. Out of these, the cookies that are categorized as necessary are stored on your browser as they are essential for the working of basic functionalities of the website. We also use third-party cookies that help us analyze and understand how you use this website. These cookies will be stored in your browser only with your consent. You also have the option to opt-out of these cookies. But opting out of some of these cookies may affect your browsing experience.
Necessary Always Enabled
Necessary cookies are absolutely essential for the website to function properly. These cookies ensure basic functionalities and security features of the website, anonymously.
Functional
Functional cookies help to perform certain functionalities like sharing the content of the website on social media platforms, collect feedbacks, and other third-party features.
Performance
Performance cookies are used to understand and analyze the key performance indexes of the website which helps in delivering a better user experience for the visitors.
Analytics
Analytical cookies are used to understand how visitors interact with the website. These cookies help provide information on metrics the number of visitors, bounce rate, traffic source, etc.
Advertisement
Advertisement cookies are used to provide visitors with relevant ads and marketing campaigns. These cookies track visitors across websites and collect information to provide customized ads.
Others
Other uncategorized cookies are those that are being analyzed and have not been classified into a category as yet.
SAVE & ACCEPT
52 shares
Close