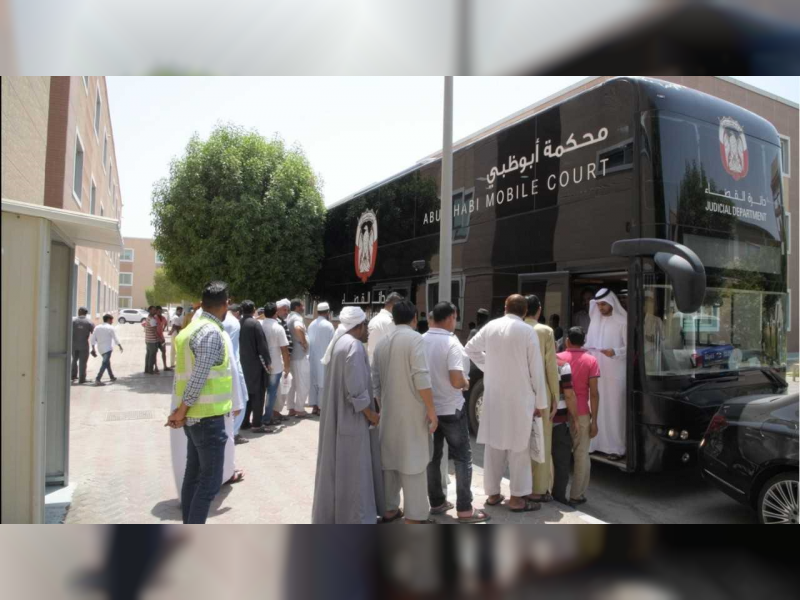 File photo of authorities in Abu Dhabi aiding laborers as they got their unpaid salaries, as well as the opportunity to fly back home. Photo from WAM.

The Mobile Labour Court has provided AED 5.2 million dues to at least 84 workers in Abu Dhabi.

The workers received their wages on the intervention of the Court.

Each dispute was settled by expediting the registration of the claims as well as hearing the cases and delivering judgements of each worker separately.

A court order prevented the eviction of the workers from their place of residence till they received their dues.

The resolution was in line with the policy of Abu Dhabi Judicial Department (ADJD) to settle labour cases especially collective disputes promptly. (AW)