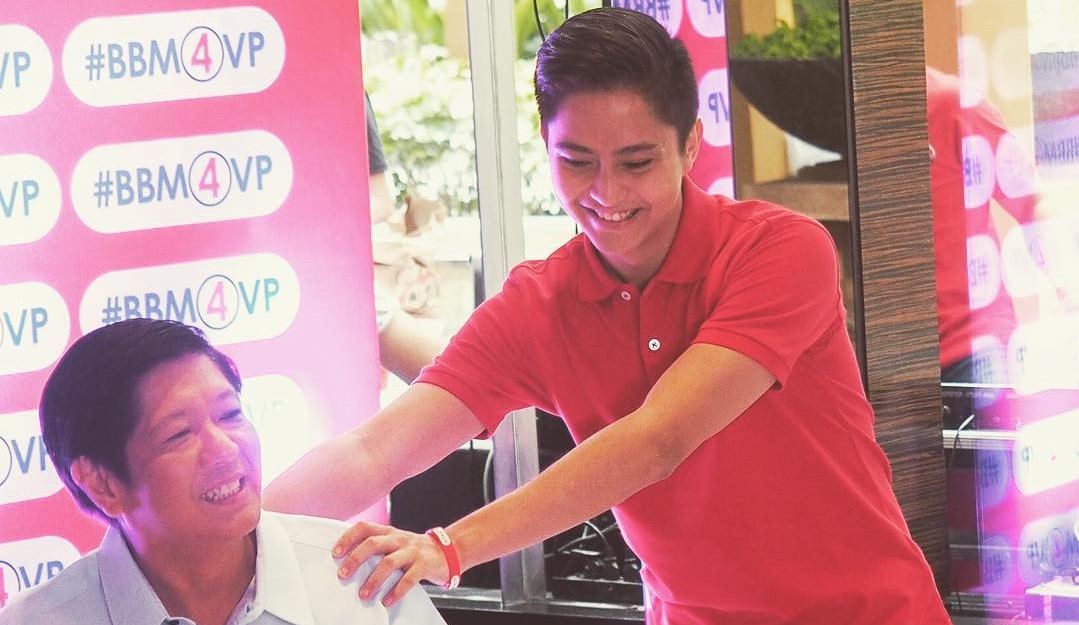 Sandro Marcos, the eldest son of former senator Bongbong Marcos, has officially announced his candidacy to run as first district representative of the province of Ilocos Norte in the coming 2022 elections.

He made the announcement in the town of Sarat, Ilocos Norte the birthplace of the former dictator.

“If they were happy with the things that transpired during their terms, I can almost guarantee that they will get the same from me,” he said during his kick-off rally.

“Today, I officially announced my candidacy to run for Congressman in order to serve the 1st District of Ilocos Norte. I thank you for all the support and heed your call to serve our beloved province,” Sandro said.