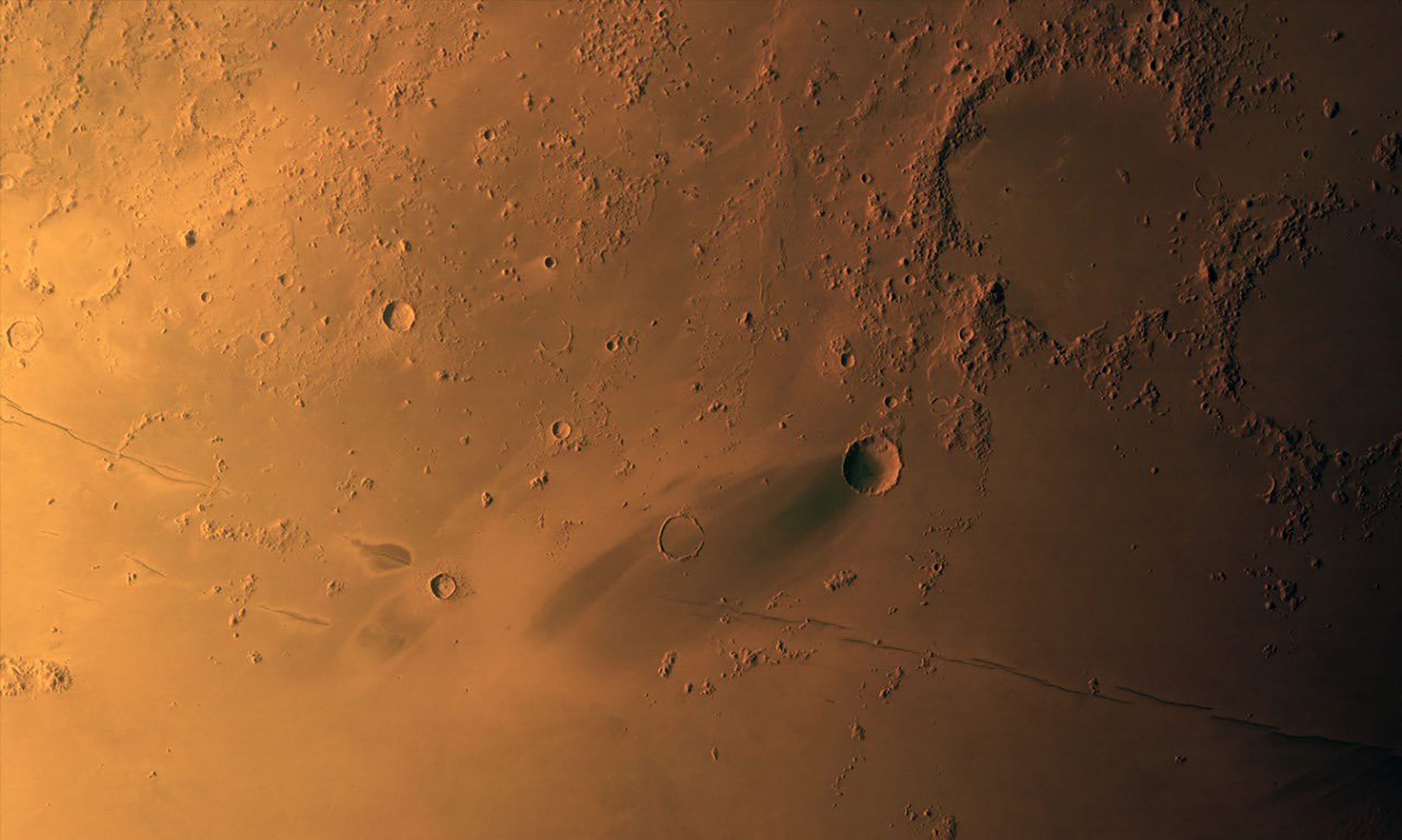 The UAE’s Hope Probe has captured an image of Mars from more than 1,300 kilometres above the surface of the Red Planet in a big leap in the study about the existence of life beyond earth.

The image reflects the capabilities of the spacecraft which started orbiting Mars on February 9 and the shot taken on March 15 showed the Elysium Planitia volcanic region of Mars. The image was released by the mission team on Sunday and was taken at a resolution of 145m/pixel, enabling the probe to beam back a crystal clear image to Earth.

Hope Probe aims to provide insights on Mars and is best described as a weather or climate satellite.

The spacecraft will study how energy moves through the atmosphere both during as well as seasons of its 687-day year. It will also examine why gases essential to supporting life are escaping from the planet’s atmosphere as well as weather dynamics.

Three instruments of an infrared spectrometer, exploration imager and ultraviolet spectrometer are used to capture data. The exploration imager will take photos of the planet and use specific filters to restrict wavelengths of light and capture images that can help scientists learn about things such as ice in the atmosphere, small water ice particles, ozone and dust storms.

The spectrometer will also build images of the planet at different infrared wavelengths like highly advanced heat vision goggles for Mars. Earlier in June the spectacular images of the discrete aurora in Mars’ night side atmosphere were released.

The findings from Hope’s ultraviolet spectrometer instrument will help scientists understand the interactions between solar radiation, Mars’ magnetic fields and the atmosphere.

Hope will remain in orbit until it degrades or is burnt up in the atmosphere. (AW)