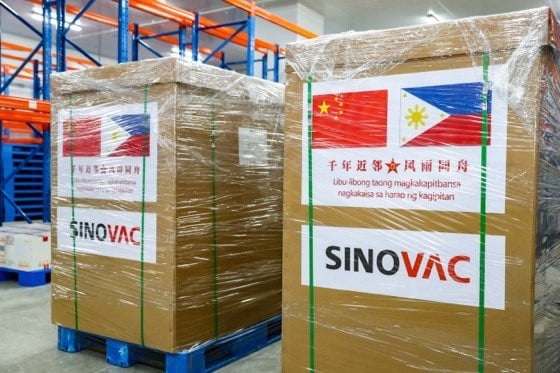 China has approved the emergency use of Sinovac-manufactured COVID-19 vaccine, CoronaVac, for children from three to 17 years old.

Chinese health authorities found that the Coronavac is “at least 98.9 percent effective in producing antibodies, a higher efficacy than in population over 18 years old.”, according to its Phase III clinical trial data.

The Chinese Embassy in Manila reported that the study involved 180 volunteers within the age group.

The results showed the development of antibodies was 98.9 percent to 100 percent depending on the dosage after the administration of the second shot.

On its website, Sinovac said the amount of the neutralizing antibody was close to the level recorded 28 days after vaccination and remained significantly higher than the level recorded in adults and the elderly in the same period.

“This indicates that CoronaVac has stable and good immunogenicity among the children and adolescent population, recording better results compared to those in people aged 18 and above,” it said.

READ ON: No Sinovac-related deaths among Filipino healthcare workers

The Philippines granted an emergency use authorization (EUA) to Sinovac’s jab in February 2021 for healthy individuals aged 18 to 59.

On July 7, the Chinese firm applied for an amendment of their EUA to include children from three to 17 years old but as of this posting, no decision has been announced yet by the country’s Food and Drug Administration.