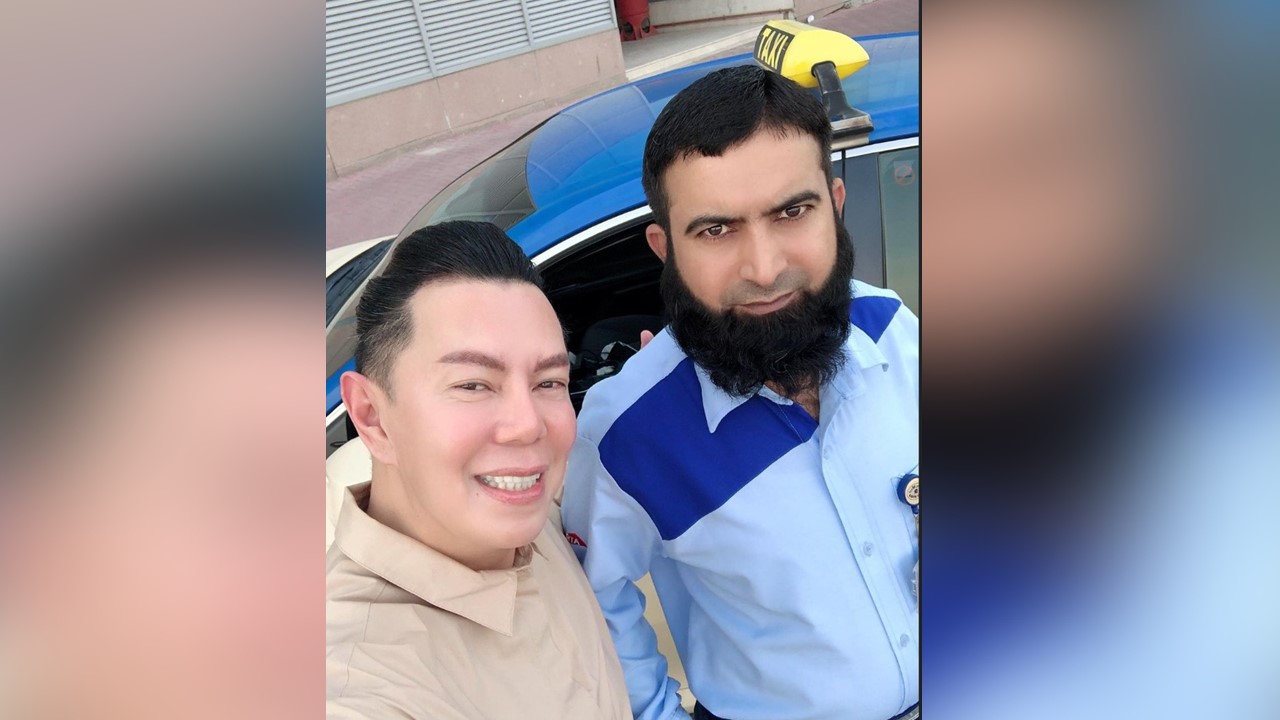 Have you ever lost your personal belongings in Dubai?

International Filipino fashion designer Ezra Santos is now a living proof of Dubai’s commitment to returning lost items to their respective owners, after his wallet got returned by a taxi driver in the emirate.

In an interview with The Filipino Times, Ezra said that even he couldn’t remember where he last put his wallet, which contained cash and some of his cards.

“Honestly I thought I’m never going to get it back cause I can’t remember where I lost it and it’s been almost a week,” said Ezra.

Ezra got a call from a mysterious number which he had doubts about responding to. But when he finally picked up the call, he couldn’t believe that it was someone who found his wallet – a taxi driver from Dubai’s Roads and Transport Authority (RTA).

“I didn’t even want to answer because I didn’t know the number. That call was really unexpected. So thank you Mr. Ejaz. This goes to show how RTA instills the values of honesty and kindness towards their clients. Dubai is indeed a great city and safe haven for everyone living here. God bless Dubai!” said Ezra.

This website uses cookies to improve your experience while you navigate through the website. Out of these, the cookies that are categorized as necessary are stored on your browser as they are essential for the working of basic functionalities of the website. We also use third-party cookies that help us analyze and understand how you use this website. These cookies will be stored in your browser only with your consent. You also have the option to opt-out of these cookies. But opting out of some of these cookies may affect your browsing experience.
Necessary Always Enabled
Necessary cookies are absolutely essential for the website to function properly. These cookies ensure basic functionalities and security features of the website, anonymously.
Functional
Functional cookies help to perform certain functionalities like sharing the content of the website on social media platforms, collect feedbacks, and other third-party features.
Performance
Performance cookies are used to understand and analyze the key performance indexes of the website which helps in delivering a better user experience for the visitors.
Analytics
Analytical cookies are used to understand how visitors interact with the website. These cookies help provide information on metrics the number of visitors, bounce rate, traffic source, etc.
Advertisement
Advertisement cookies are used to provide visitors with relevant ads and marketing campaigns. These cookies track visitors across websites and collect information to provide customized ads.
Others
Other uncategorized cookies are those that are being analyzed and have not been classified into a category as yet.
SAVE & ACCEPT
278 shares
Close