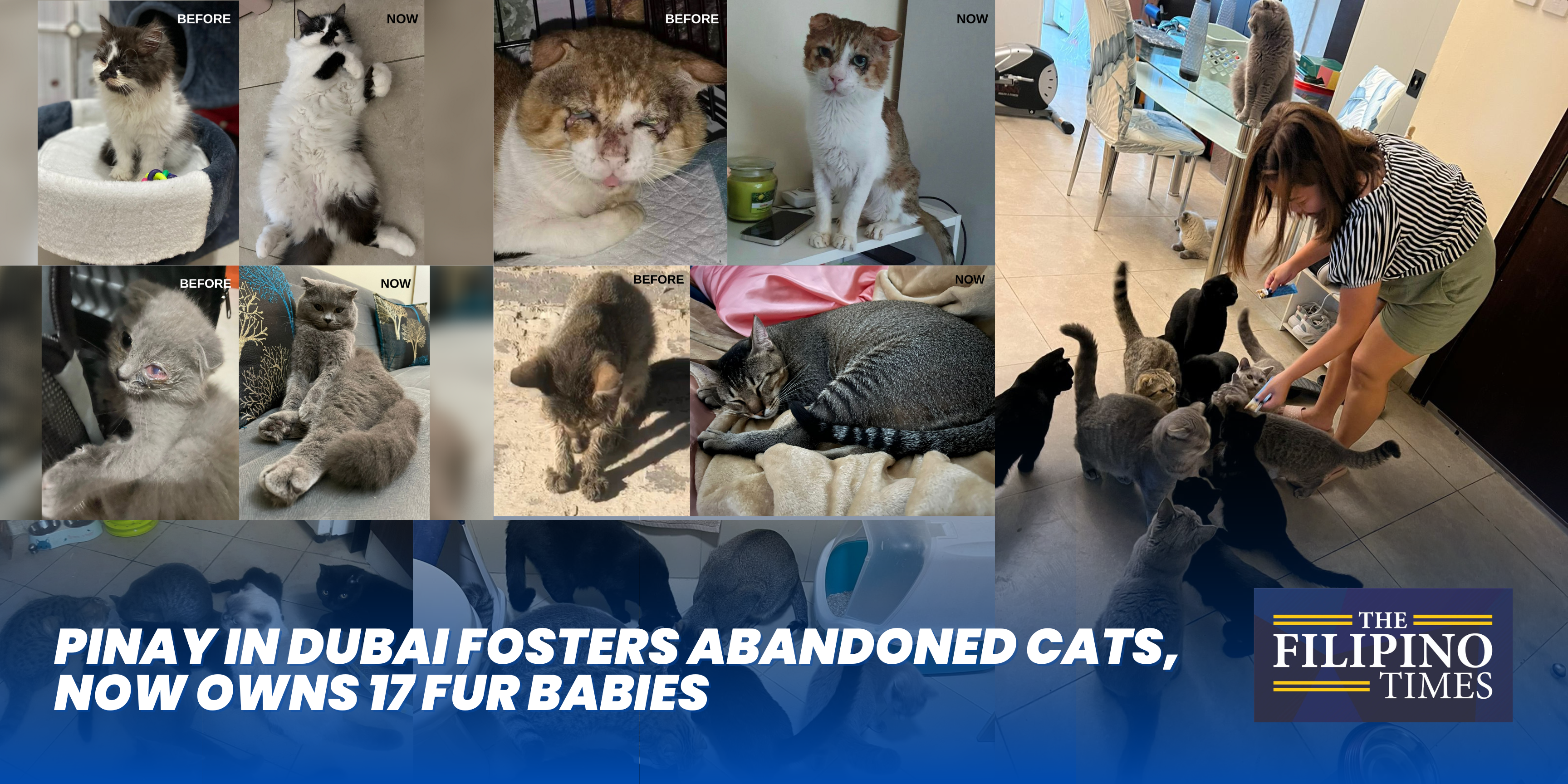 An Overseas Filipino Worker (OFW) based in Dubai has been fostering abandoned cats and has now a total of 17 fur babies in her home. She has rescued majority of them while in bad shape and has successfully nursed them back to health.

Lea Borja, 39, has been working in Dubai since 2018. She said she originally only had one kitten which she bought from a friend back in 2020.

“I originally have one, si Wiskers. I actually bought him, not from a breeder but a family na talagang love siya,” said Lea in an online interview with The Filipino Times.

To make sure that her pet does not get too lonely, Lea searched for a possible companion for Wiskers. While looking for the perfect cat, she came across a sick kitten which she feared would end up being left unsold or worse, thrown away for being poorly.

“He looks different. Sabi ko I had to get him kasi baka ‘di sya mabili and i-abandon, he was actually very sick when he went to my home. Tapos ayun sumunod na si Helios (he was very sick when I got him too) and the rest was history. Next thing I know I have 17 cats with me,” said Lea.

Seeing the awful conditions some of the cats were in before she fostered them, Lea cautions individuals in owning a pet if they are not a hundred percent committed to properly care for the cats.

“Expensive kasi talaga ang pag-own ng pet, lalo na for Expats like us. But once you decide to own one, you need to be prepared. ‘Di lang kasi sya about sa pagpapakain, you also need money to bring them to the vet for maintenance (vaccine, check-up, etc) most especially if they get sick and needs medical attention. Isa pa is when the owner will finally decide to leave Dubai, kailangan may sapat na funds to relocate the pets with them. Di ‘yung ipapa-adopt sa iba, worse i-a-abandon sa labas,” said Lea.

One of the cats that she now owns, Ansel, appears to have been abandoned for being unhealthy. After Lea took the cat in, it is now in good health and enjoys peaceful naps.

“First of all, people need to understand that owning a pet is a lifetime commitment. Sad to say, may mga tao na sa una lang gusto, ‘pag nanawa na or namamahalan na sa expenses, bigla na lang i-a-abandon ang mga pets nila. That’s one of the main reason why there are a lot of strays in Dubai,” said Lea.

Later on, she noticed that there are several stray cats along Barsha Heights. Out of compassion, she feeds the cats on a paper plate, waits or them to finish eating and cleans up the area afterwards. She does this voluntarily every night after her work.

“I use disposable paper plates and bowls for their food and water then nililinis ‘din para ‘di magreklamo din mga tao,” said Lea.

She advised the public to be responsible in attempting to feed cats to make sure it does not cause any sanitation issues in the community.

Here are snaps of Lea’s 17 fur babies enjoying their meal. 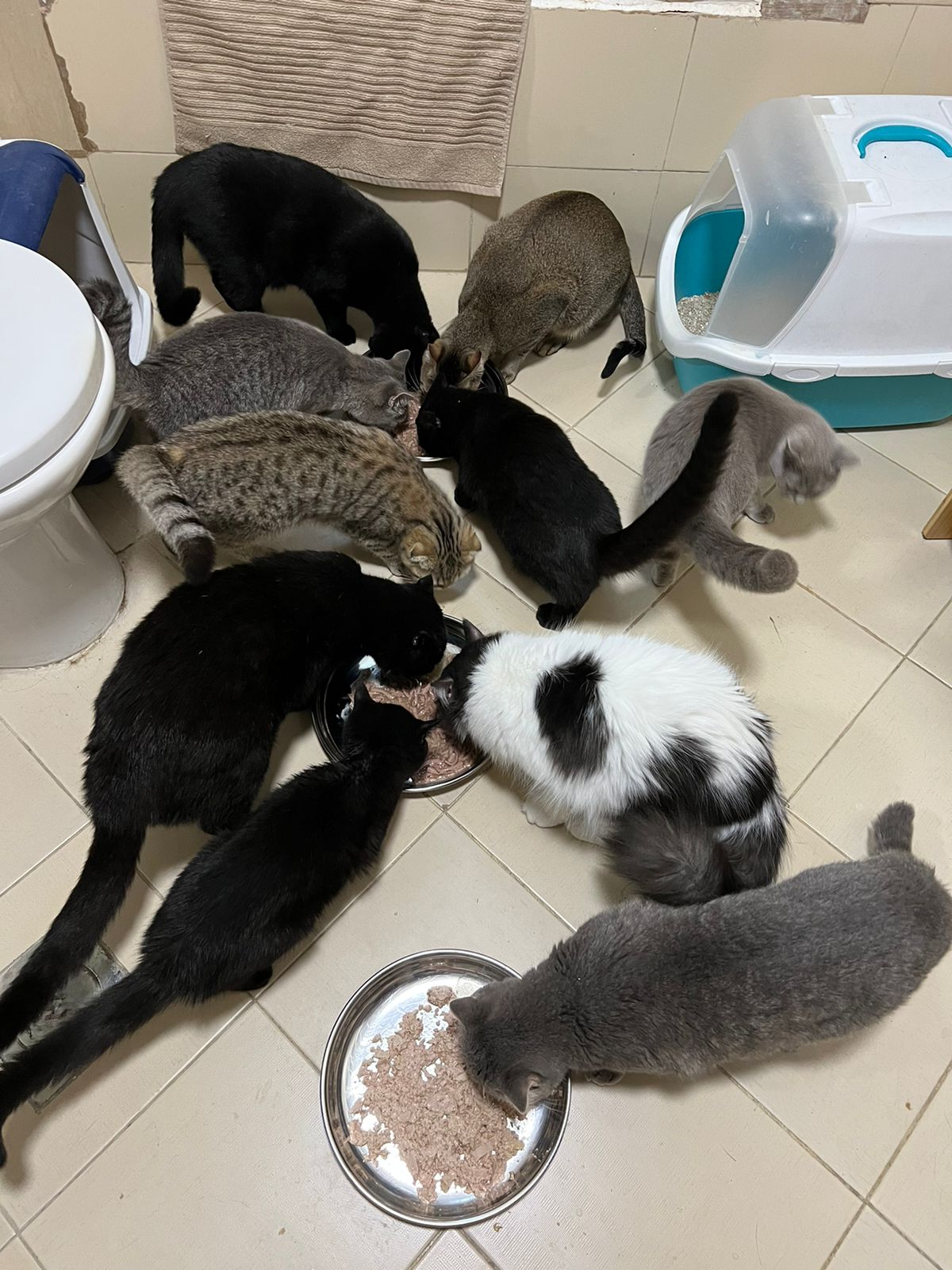 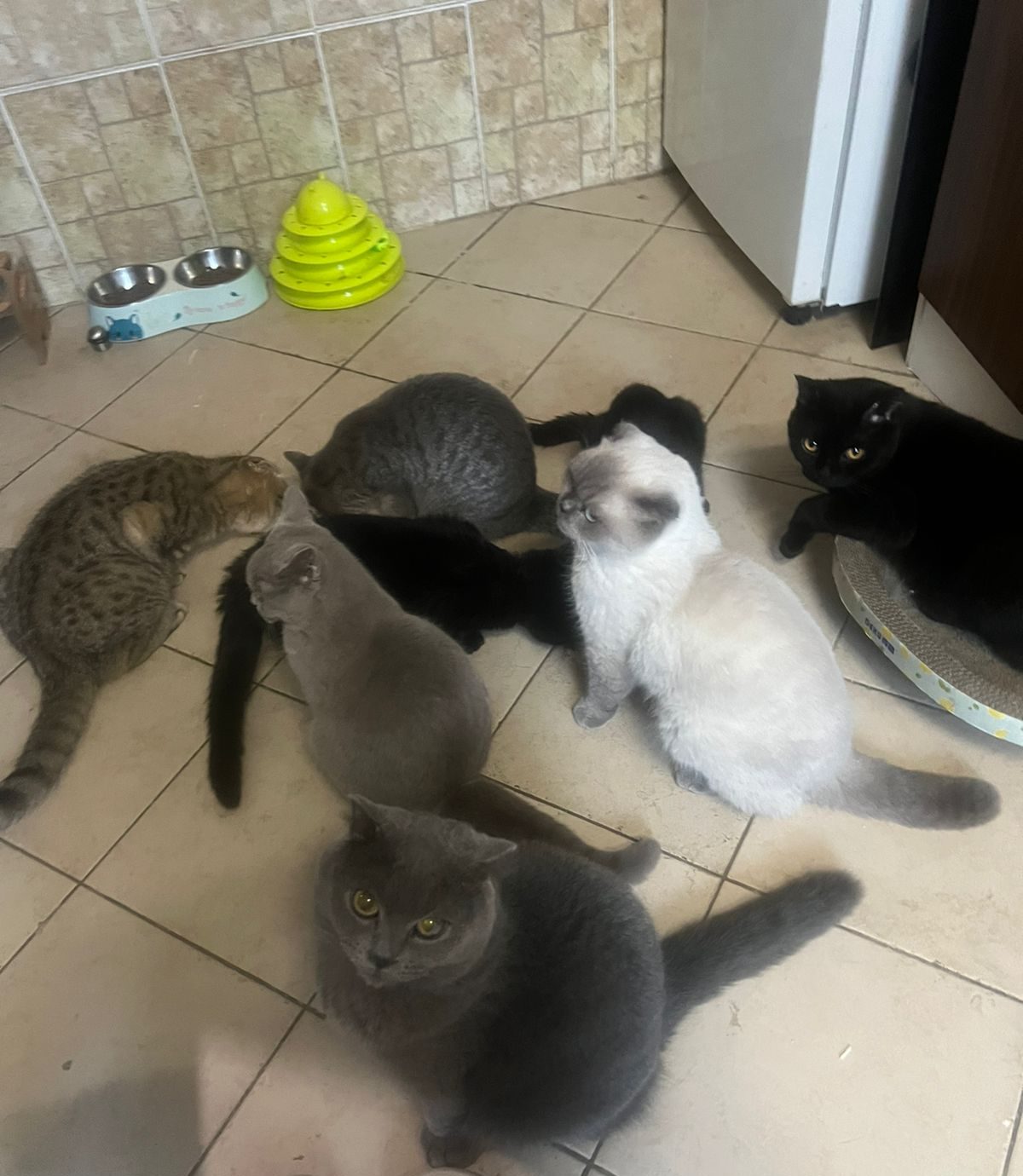 Lea said that she wishes to raise awareness on Trap-Neuter-Vaccinate-Return (TNVR) which is a method that would help in controlling feral and free-roaming cat populations in Dubai.

She also shared that there is a community of individuals advocating for responsible pet ownership, cat fostering and TNVR where cat lovers and owners can reach out for assistance or support. They are called Street Paws.

Until now, she continues to rescue more cats in bad shape and makes sure they get the best life possible as pets. She also happily shared that her children have acquired her love and passion for taking care of cats. 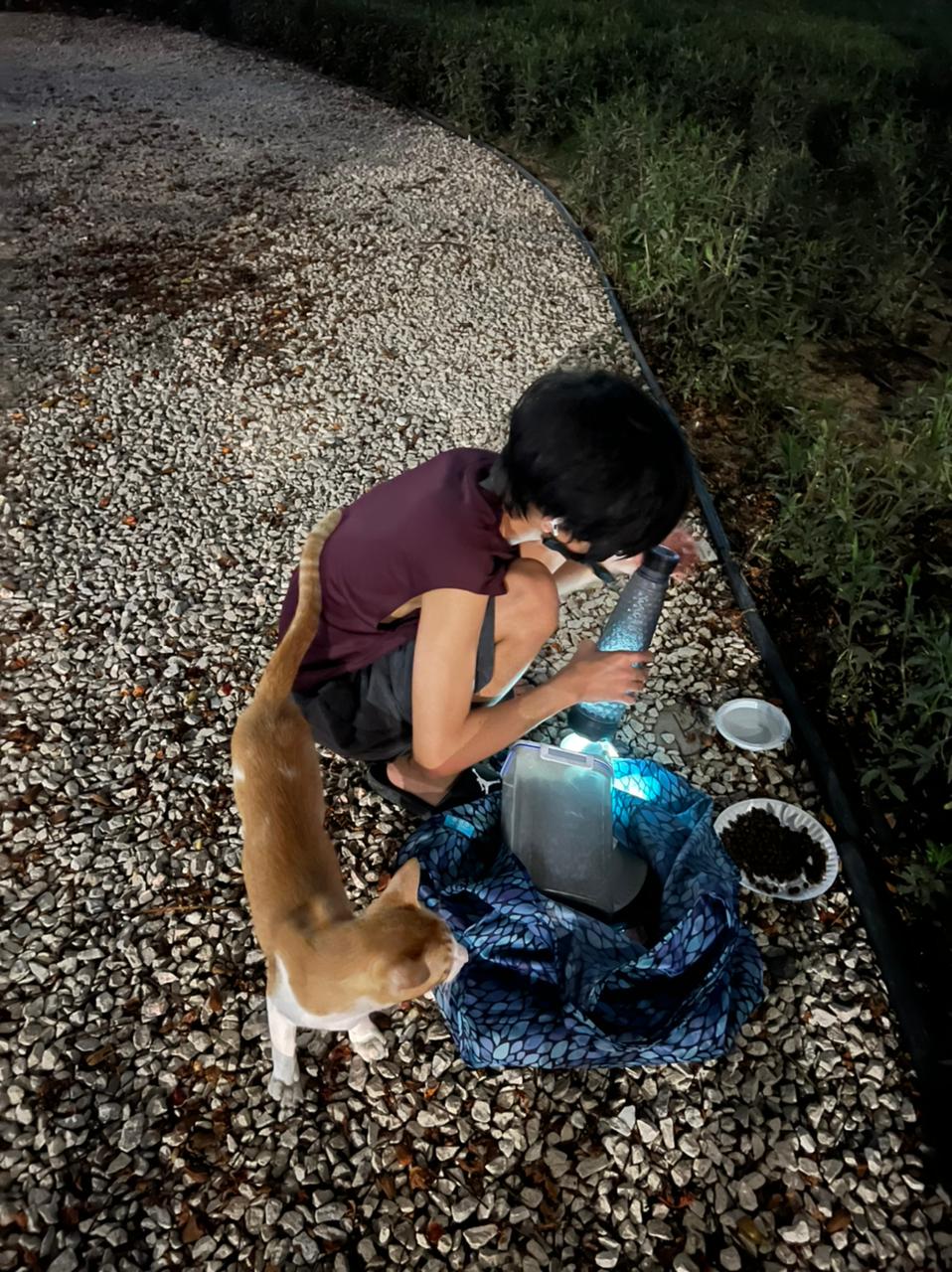 Last August 8, the International Cat Day was celebrated by many countries.

Do you have a similar story to share? Send us your pitch on Facebook or email at [email protected]

This website uses cookies to improve your experience while you navigate through the website. Out of these, the cookies that are categorized as necessary are stored on your browser as they are essential for the working of basic functionalities of the website. We also use third-party cookies that help us analyze and understand how you use this website. These cookies will be stored in your browser only with your consent. You also have the option to opt-out of these cookies. But opting out of some of these cookies may affect your browsing experience.
Necessary Always Enabled
Necessary cookies are absolutely essential for the website to function properly. These cookies ensure basic functionalities and security features of the website, anonymously.
Functional
Functional cookies help to perform certain functionalities like sharing the content of the website on social media platforms, collect feedbacks, and other third-party features.
Performance
Performance cookies are used to understand and analyze the key performance indexes of the website which helps in delivering a better user experience for the visitors.
Analytics
Analytical cookies are used to understand how visitors interact with the website. These cookies help provide information on metrics the number of visitors, bounce rate, traffic source, etc.
Advertisement
Advertisement cookies are used to provide visitors with relevant ads and marketing campaigns. These cookies track visitors across websites and collect information to provide customized ads.
Others
Other uncategorized cookies are those that are being analyzed and have not been classified into a category as yet.
SAVE & ACCEPT
291 shares
Close