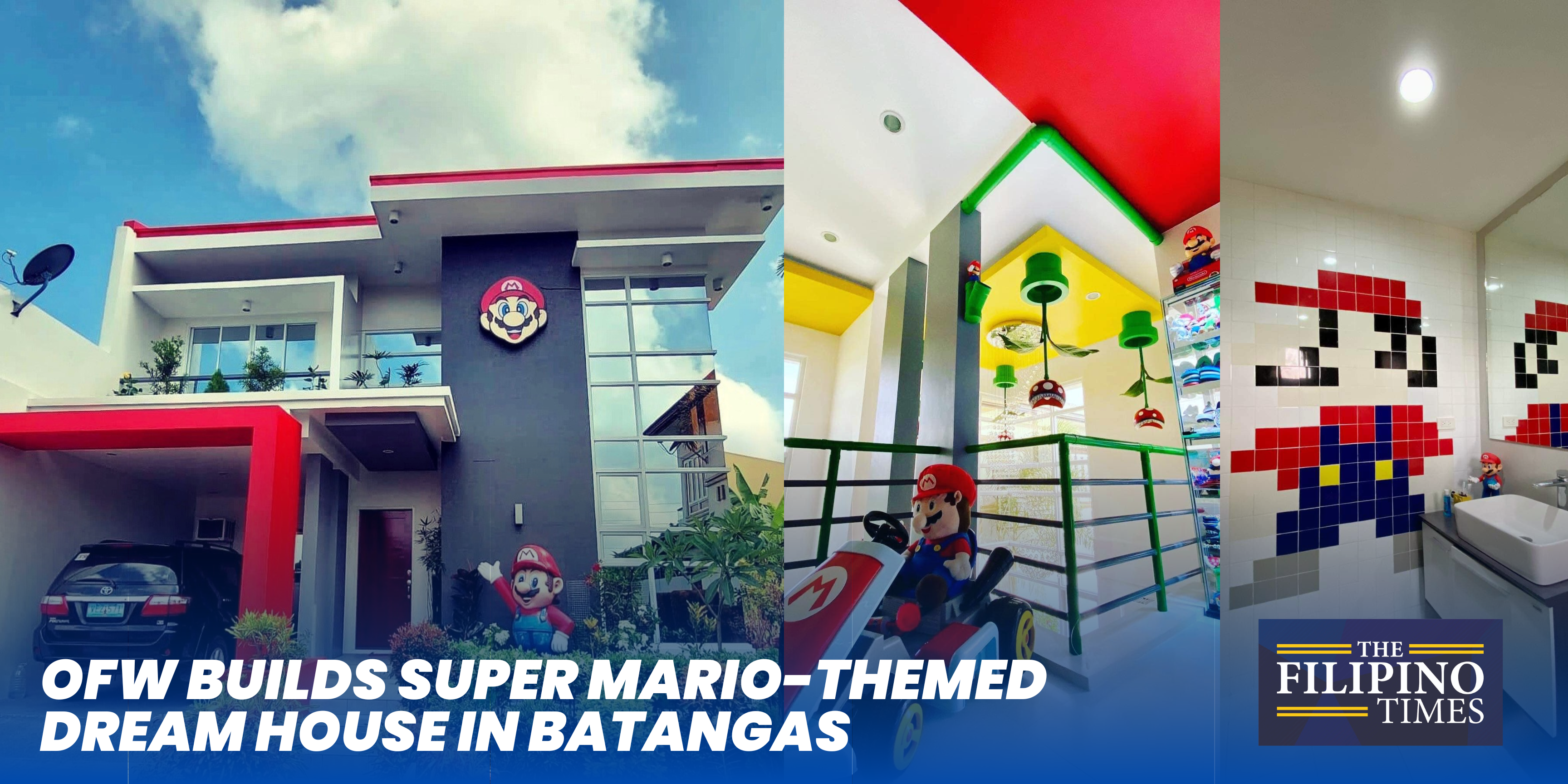 Anyone born in the 80’s can agree that Super Mario has been part of their childhood. Mario, who remains as a console game mainstay, is considered to be the most famous character in the video game industry.

One of Mario’s super fan is Overseas Filipino Worker (OFW) Joel Dimaculangan from Lipa Batangas. He has been collecting Mario collectible items for more than 10 years. So much so that he has more than 5,000 Mario-themed pieces in his collection and has built a home based on the video game. Joel said that he enjoys the nostalgia that his Super Mario collection brings.

“Super Mario is undeniably iconic. Almost everyone knows who Super Mario is. Whether you are a video game player or not, you can instantly recognize the Italian plumber from the Mushroom Kingdom. Nostalgia is a major part of toy collecting. We all love to connect to our childhood and recall the simple joys we had when we were young,” said Joel in an exclusive interview with The Filipino Times.

‘No longer a surprise’

Every time someone asks Joel why he collects Super Mario items, he said he always answers that “it brings [him] pure joy to simply take a seat and stare at [his] precious Super Mario collection.”

So choosing it as the theme of his dream house was no longer a surprise to his friends and family.

“Masarap alalahanin noong mga panahong excited tayong makilaro sa kapitbahay natin ng kanilang family computer.  At Super Mario for sure ang isa sa pinakatumatak na game sa mga batang 80’s tulad ko. Given Super Mario’s extreme popularity, there is no limit as to what item you can actually collect. There is always this thrill to find new Super Mario stuff.  And having accumulated a ton in over 10 years of collecting, I bet my family and close friends were no longer surprised on me investing in a Super Mario-themed home,” shared Joel.

He started building his Super Mario dream house back in 2017.

At that time, he was still working as an OFW in Dubai in an oilfield services company. Joel said it took less than a year to complete building his dream house project.

He recently got reassigned in the United States and said that collecting Mario items became his solace.

Joel said that one of his favorite parts of his Super Mario house is its facade where a human-sized jolly Mario statue welcomes you.

Inside the Super Mario house

The 2-story house has several Mario game-based furnishing such as the Piranha Plants on the ceiling and the warp pipes as decor.

The detail of the house goes even into the toilet which has an embedded tile that forms the image of Mario. Joel said that he loves the second floor as he personally designed the high ceiling. When asked if he ever plans to open his home to the public as a museum, Joel said that he built the Super Mario house purely for his personal pleasure.

“It does technically look like a museum now. Pero it is purely for my personal pleasure (and for my family also),” said Joel.

Owning a home is an ultimate dream of majority of Filipinos. And building one, according to Joel, takes a lot of patience. ‘Number one dapat mo paghandaan: patience,” he said.

Joel said that building a house while abroad is not easy.

Yet, he still encourages OFWs to ‘go for it.’

“If you have plans, go for it! I can tell you na iba ang feeling na makita mo ‘yung pupuntahan ng pinagpaguran mo abroad,” shared Joel.

If you are to build your dream house, what would be its main theme?

This website uses cookies to improve your experience while you navigate through the website. Out of these, the cookies that are categorized as necessary are stored on your browser as they are essential for the working of basic functionalities of the website. We also use third-party cookies that help us analyze and understand how you use this website. These cookies will be stored in your browser only with your consent. You also have the option to opt-out of these cookies. But opting out of some of these cookies may affect your browsing experience.
Necessary Always Enabled
Necessary cookies are absolutely essential for the website to function properly. These cookies ensure basic functionalities and security features of the website, anonymously.
Functional
Functional cookies help to perform certain functionalities like sharing the content of the website on social media platforms, collect feedbacks, and other third-party features.
Performance
Performance cookies are used to understand and analyze the key performance indexes of the website which helps in delivering a better user experience for the visitors.
Analytics
Analytical cookies are used to understand how visitors interact with the website. These cookies help provide information on metrics the number of visitors, bounce rate, traffic source, etc.
Advertisement
Advertisement cookies are used to provide visitors with relevant ads and marketing campaigns. These cookies track visitors across websites and collect information to provide customized ads.
Others
Other uncategorized cookies are those that are being analyzed and have not been classified into a category as yet.
SAVE & ACCEPT
372 shares
Close