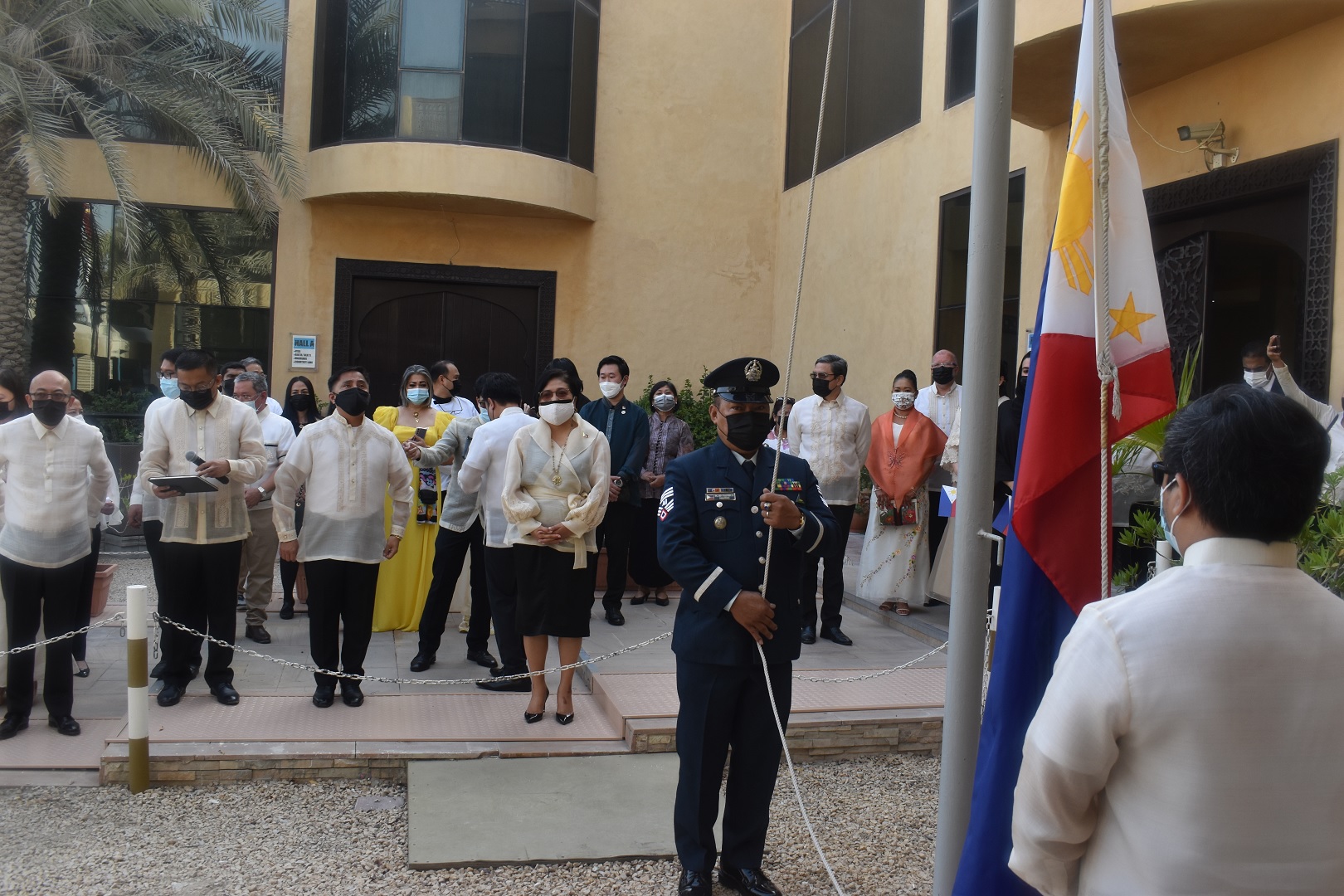 Philippine officials in the UAE held a flag-raising ceremony on the occasion of the 123rd Philippine Independence Day celebrations on June 12, 2021. 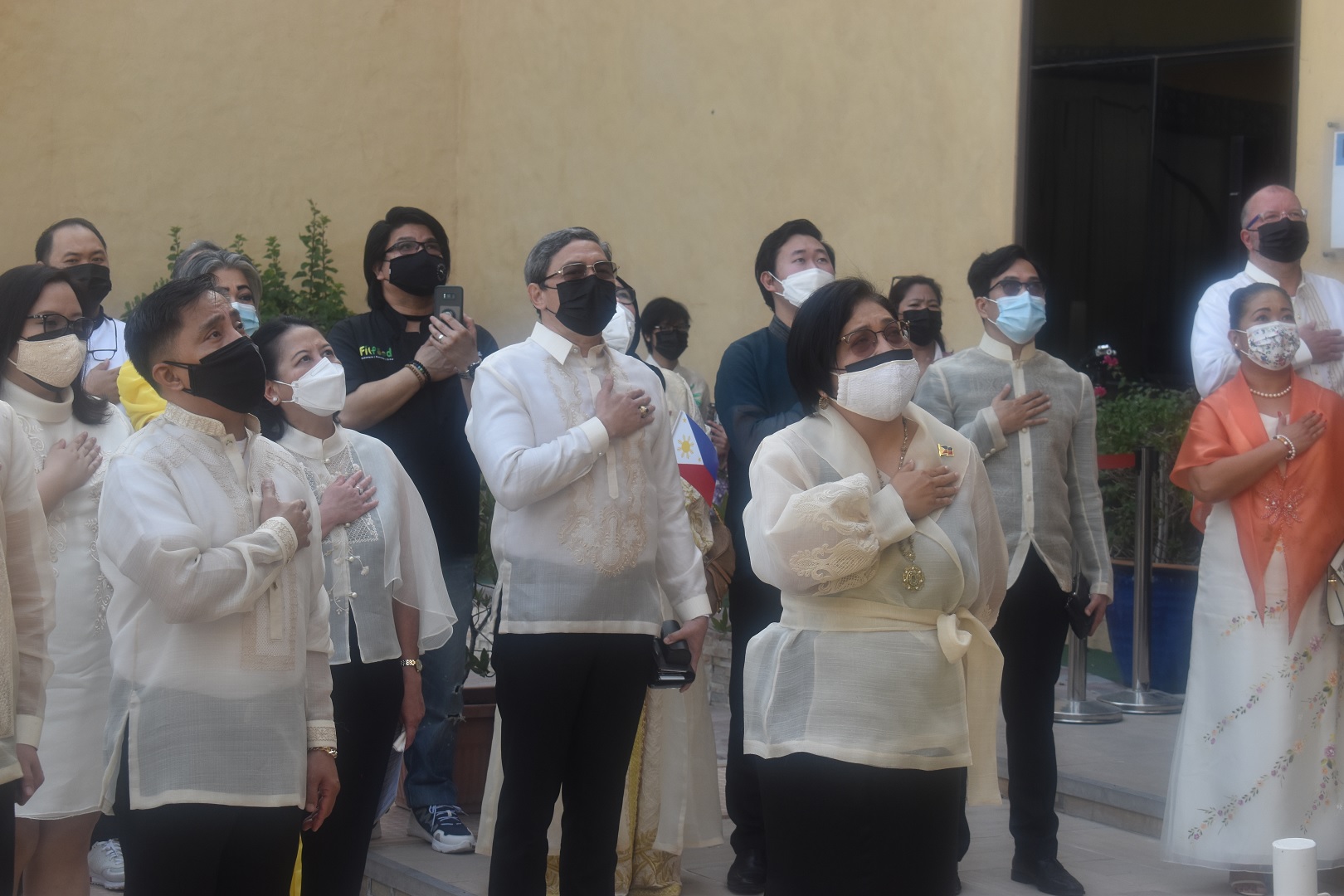 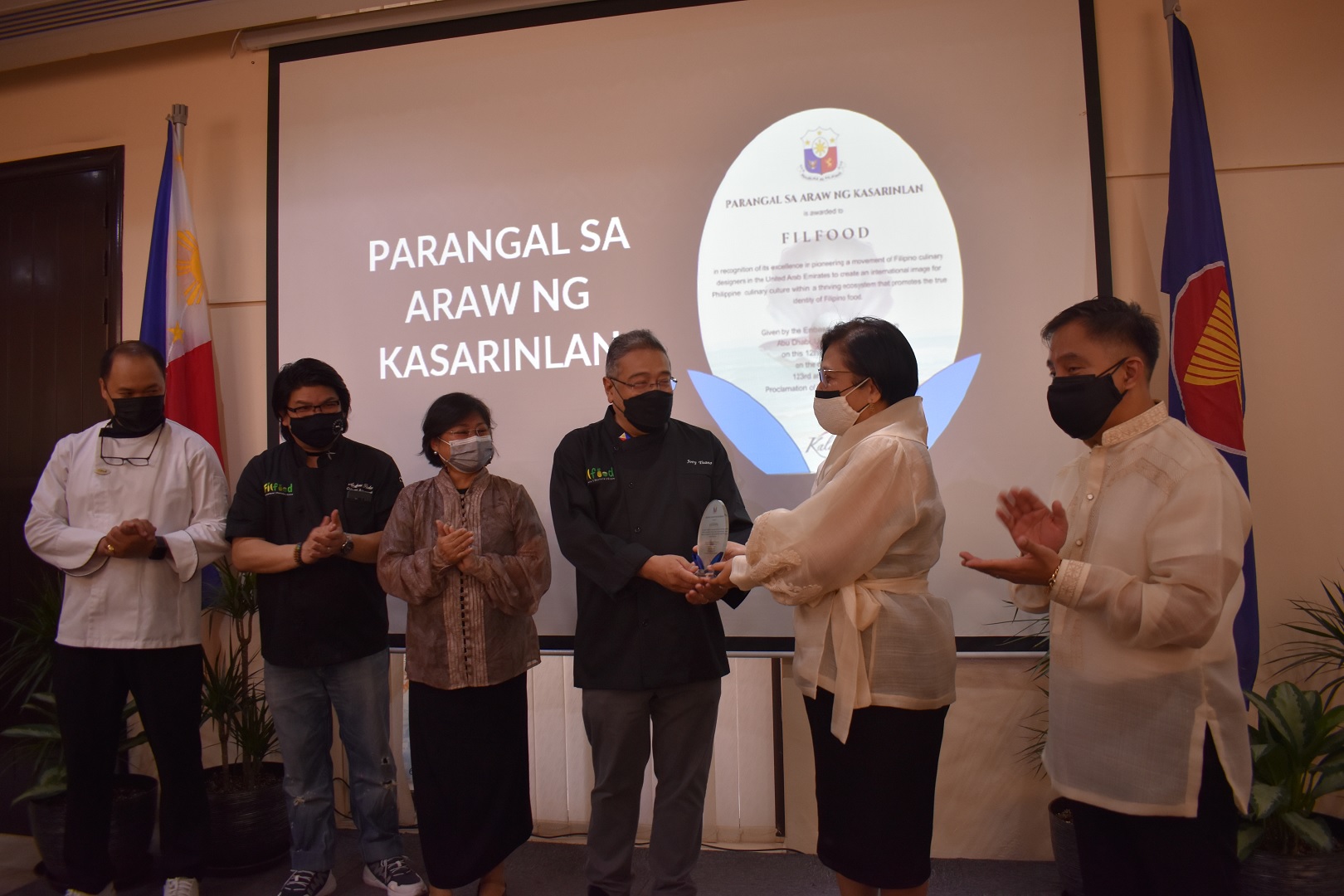 The event witnessed the conferment of the annual “Parangal sa Araw ng Kasarinlan” to FilFood as a recognition of the group that has promoted the international image of the Filipino culinary culture through collaborative efforts amongst UAE-based Filipino culinary designers. 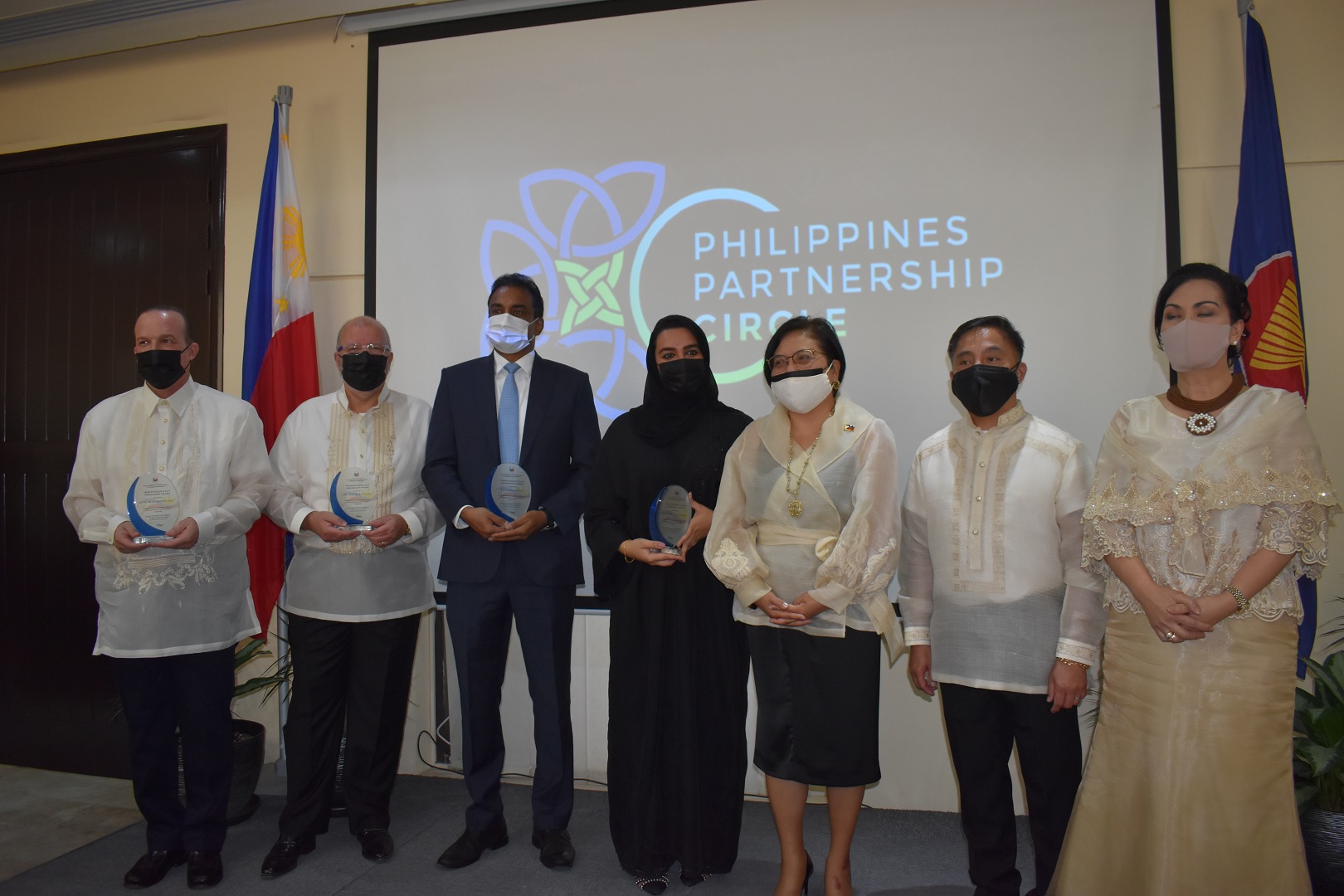 Five individuals were also honored with the Independence Day Friendship Award during the event, recognized for their heart that supports Filipinos above and beyond their respective organizations. The awardees include:

These five individuals also form part of the advisory board of the newly-organized Philippine Partnership Circle (PhilPac), a group that aims to create cultural linkages through meaningful collaborations. The group is led by its president Marlene Murphy, and operates under the patronage of the Philippine Ambassador. 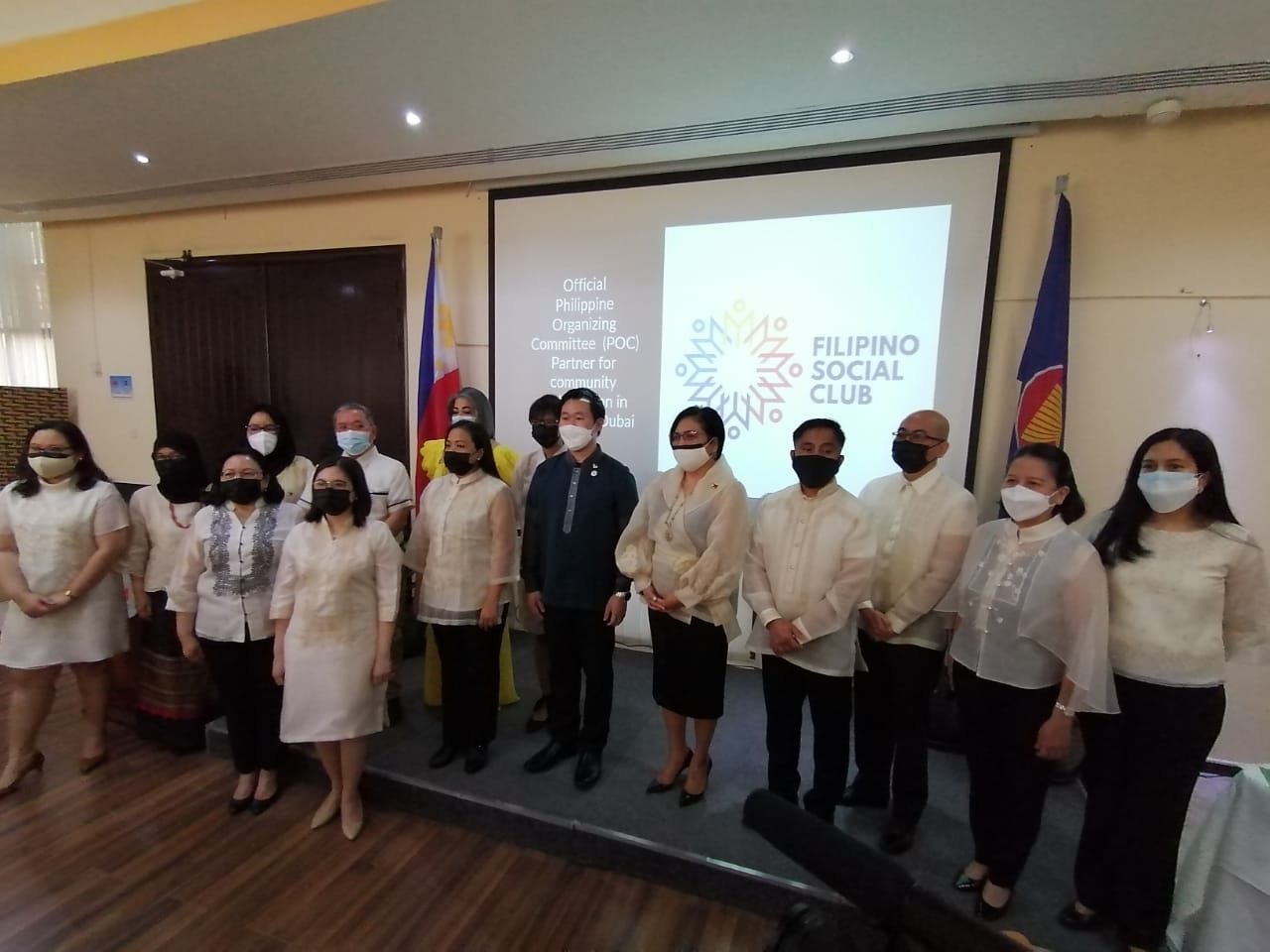 The event also recognized the Filipino Social Club as the Official Philippine Organizing Committee (POC) Partner for the Philippines’ community participation for the upcoming Expo 2020 in Dubai. 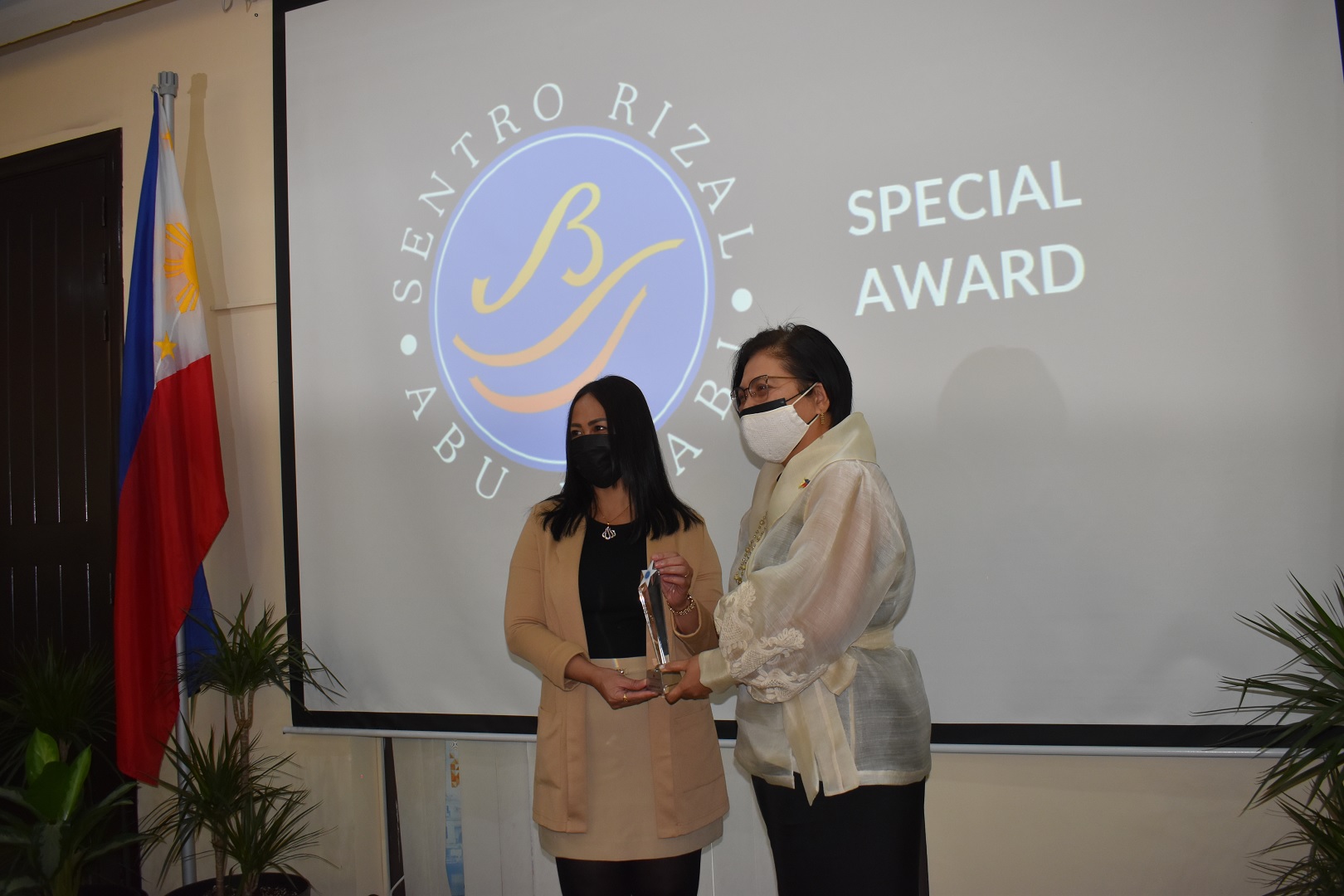 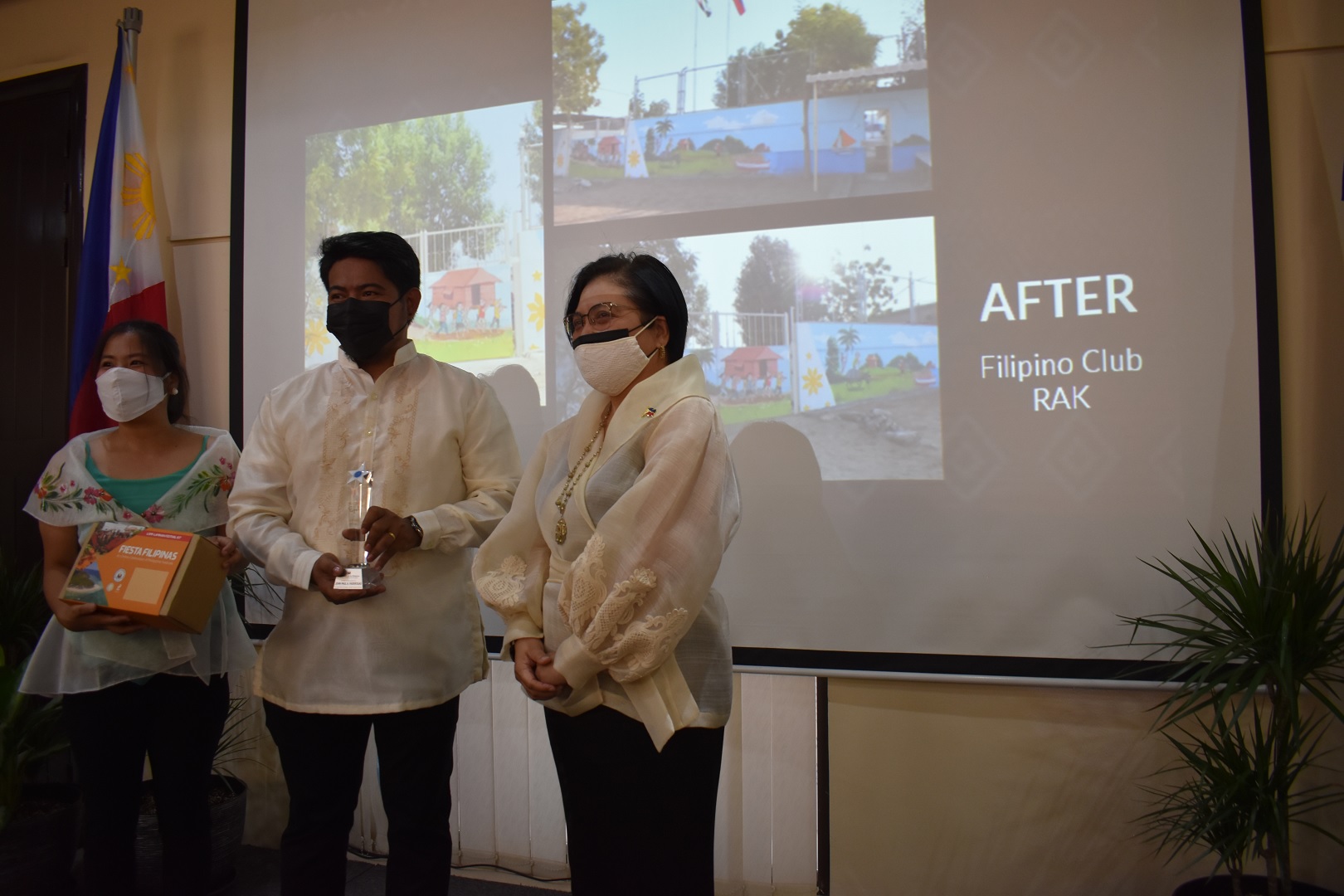 Two Filipinos were also conferred with the Sentro Rizal awards for their contributions to promote the positive image of Filipinos in the UAE: Abu Dhabi-based artist John Paul Faderogao was recognized for his artistic contributions in creating a mural for the Filipino Club in Ras Al Khaimah. Meanwhile, Aileen Alba was recognized for her responsible use of social media in defending the image of the Philippines and of Filipinos in the UAE.

This website uses cookies to improve your experience while you navigate through the website. Out of these, the cookies that are categorized as necessary are stored on your browser as they are essential for the working of basic functionalities of the website. We also use third-party cookies that help us analyze and understand how you use this website. These cookies will be stored in your browser only with your consent. You also have the option to opt-out of these cookies. But opting out of some of these cookies may affect your browsing experience.
Necessary Always Enabled
Necessary cookies are absolutely essential for the website to function properly. These cookies ensure basic functionalities and security features of the website, anonymously.
Functional
Functional cookies help to perform certain functionalities like sharing the content of the website on social media platforms, collect feedbacks, and other third-party features.
Performance
Performance cookies are used to understand and analyze the key performance indexes of the website which helps in delivering a better user experience for the visitors.
Analytics
Analytical cookies are used to understand how visitors interact with the website. These cookies help provide information on metrics the number of visitors, bounce rate, traffic source, etc.
Advertisement
Advertisement cookies are used to provide visitors with relevant ads and marketing campaigns. These cookies track visitors across websites and collect information to provide customized ads.
Others
Other uncategorized cookies are those that are being analyzed and have not been classified into a category as yet.
SAVE & ACCEPT
101 shares
Close