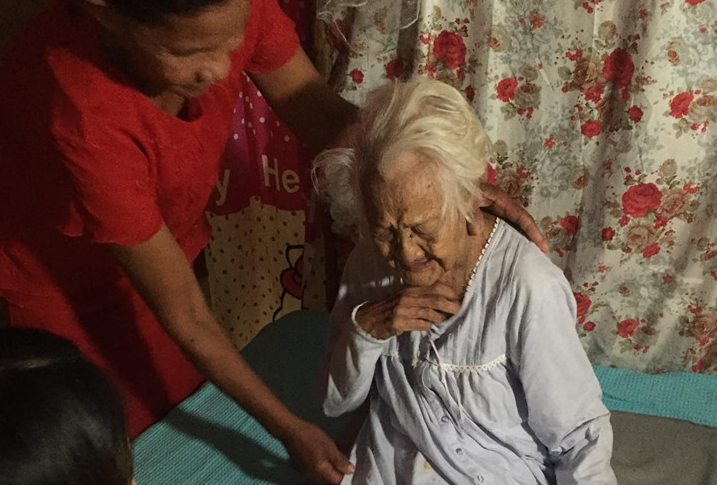 The oldest person in the Philippines has just turned 122 years old last September 11, 2019.

Francisca Susano from Barangay Oringao, Kabankalan City, Negros Occidental had a simple celebration with her family and visitors from their place came to greet her.

According to her granddaughter, Francisca was born is 1897. She revealed that they are already in the process of including her in the Guinness as the oldest person in the world.

The last one recorded by Guinness as world’s oldest person is Kane Tanaka from Fukuoka, Japan,116 years old.

Francisca used to be a farmer and that explains why she loves to eat fresh vegetables.

Kissa Orcena, one of the people who visited and interviewed Susano said she had goosebumps when they were chatting with the supercentenarian.