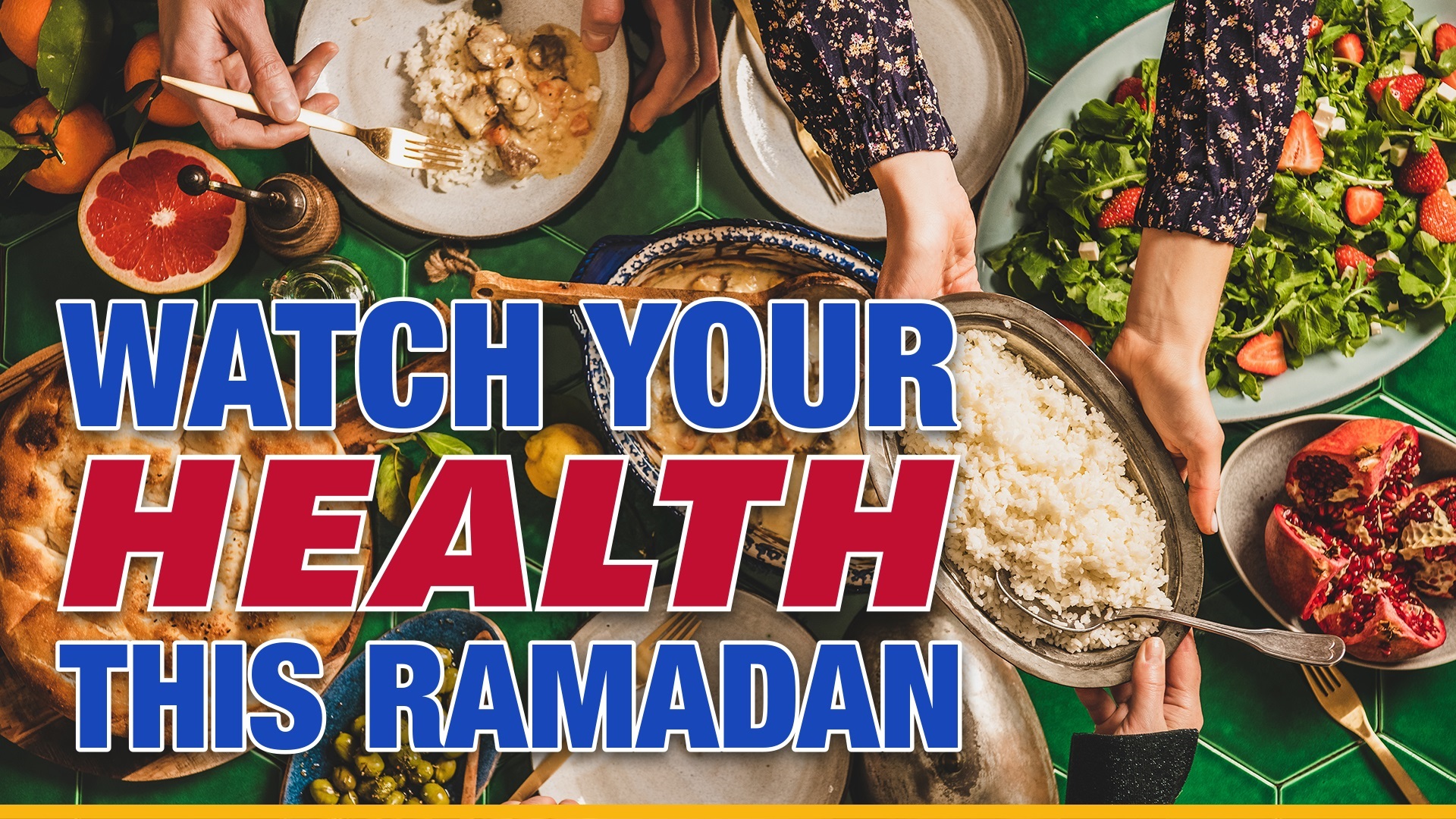 UAE healthcare professionals are calling on residents to extend self-restraint to their eating habits during the holy month. The Filipino Times points you to the right direction to do it right

In the wee hours of April 17, ‘Paolo’, a Sharjah-based overseas Filipino worker (OFW), was awakened by  painful abdominal muscle spasm. It usually happens to him, during Ramadan, when iftar banquets and deals are a dime a dozen. But this one is so serious, that he began vomiting and the constipation lasted for days.“

Overweight, obesity, and food wastage are the three  most common concerns in the UAE during the holy month, as many UAE residents tend to overindulge in food after long hours of fasting.

Statistics from the World Health Organization in 2016 revealed that 1 out of 3 people living in the UAE are classified under the ‘obese’ category. Then, in 2017, an independent study titled “Prevalence of overweight and obesity in United Arab Emirates Expatriates” published on the BioMed Central revealed that the incidence of individuals who were overweight and obese were at 43.0% and 32.3%, respectively.

Ramadan gives people a time to take control of their lives and observing proper diet is among them. But this, according to many studies, is being disregarded. Well, then, there’s a price to pay, according to  Nujoud Al Ameri, clinical nutrition specialist at the Abu Dhabi Health Services Company (SEHA). She said: “Overeating cannot only harm the body, but it may also interfere with a person’s spiritual growth during the month.”

“Through fasting,” she explained, “you begin to learn how to manage your eating habits and how to improve self-control and discipline. This month requires a diet that is sufficiently balanced to keep a person healthy and active. The diet should be simple and contain foods from all the major food groups.”

The nutritionist suggested that for the average person, a healthy balanced meal during Ramadan after fasting could be carbohydrates (45 percent to 50 percent), protein (20 percent to 30 percent) and healthy fats (25 percent to 35 percent).

“Simultaneously, those undertaking long hours of fasting should avoid sugary and fatty foods, and limit processed carbohydrates. These should be replaced with plenty of water and hydrating foods, while restricting intake of sweetened drinks, coffee, tea and surplus soft drinks during and after iftar,” she added.

Another major concern in the country during Ramadan is the phenomenon of food wastage, which increases up to 50 percent during the holy month, according to the Ministry of Climate Change and Environment (MOCCAE).

Hence, this Ramadan 2021, MOCCAE launched the ‘Sustainable Ramadan Campaign’ on social media to raise public awareness through simple yet effective steps such as bringing a shopping list to avoid overstocking and spoiling food, as well as planning meals in advance and freezing leftovers.

Nawal Al Ruwaihi, Acting Director of Government Communication at MOCCAE, hopes that the initiative will help to promote a more sustainable consumption behavior among UAE residents to begin a downward trend on food waste in the country.

“Sadly, in the UAE, Ramadan sees a 50 percent increase in wasted food compared to other months. Food waste is a real problem. Data from a landfill site survey showed that food waste accounts for 38 percent of total waste in the country. This is equal to almost two million tons a year. Tackling the issue will help the UAE not only meet its food security targets but also fulfil its international commitment to reducing food waste by 50 percent by 2030,” said Al Ruwaihi.