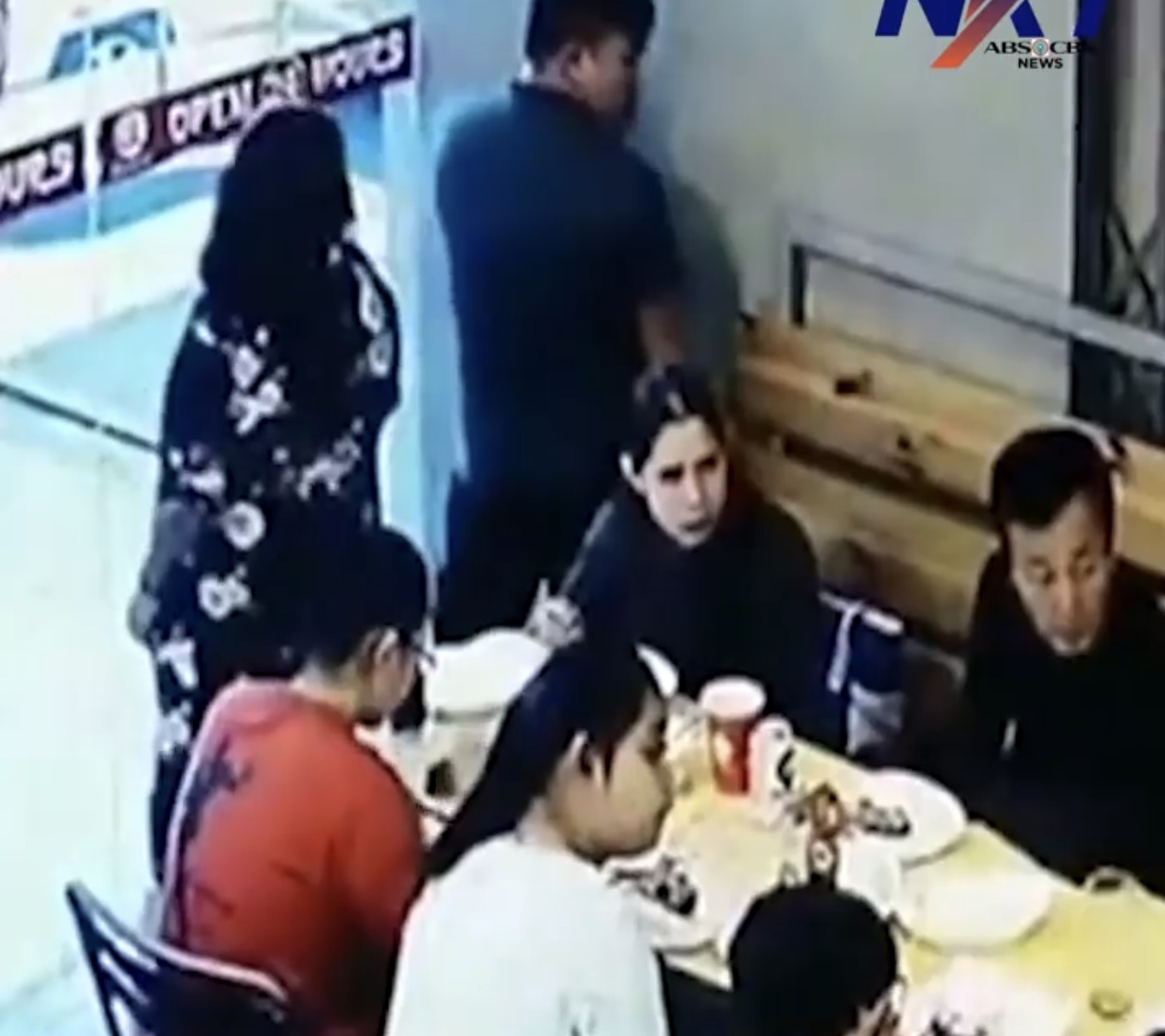 A Filipina oveseas worker from Japan was recently victimized by the “salisi” gang while enjoying a meal with friends at a restaurant.
A video sent to ABS-CBN News, showed the OFW, named “Melody” eating and talking to a group of people, oblivious to a man beside her talking to someone on his cellphone.
The suspect, described by the victims as someone who looked “richer” then them, then came closer to Melody’s bag, which was at her back.
The CCTV footage then showed that as they were all looking in one direction, the supect pulled Melody’s bag and gave to a woman who immediately went to the man’s side.
The two suspects immediately left the restaurant after which  Melody realized her bag was gone.
In an interview with ABS-CBN News, Melody said it contained 300,000 yen, her cellphone and IDs from Japan.
Operatives of the Philippine National Police (PNP) in Bulacan are now on the move for the arrest of the suspect.