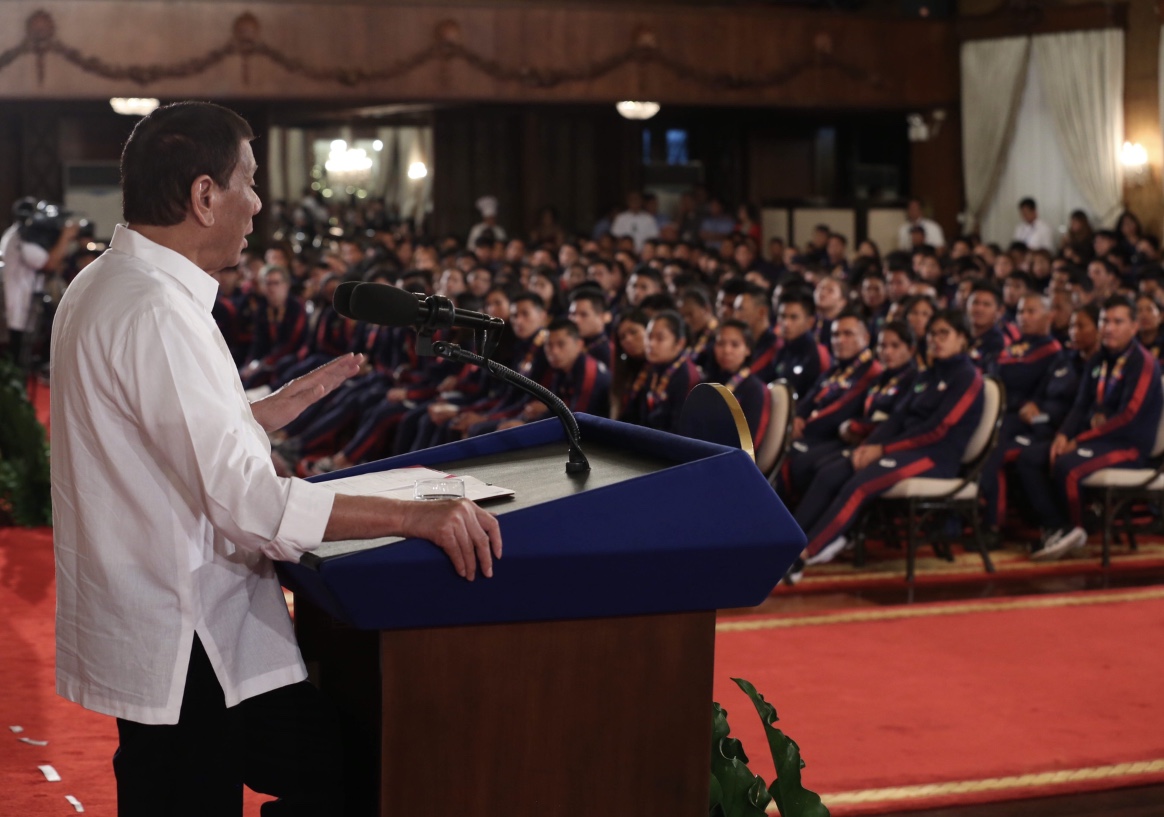 President Rodrigo Duterte has committed Php 100 million funds for the training of Filipino athletes who will compete in the Tokyo Olympics 2020 in Japan.

“We will try to raise the money,” Duterte said in his speech on Wednesday, during the awarding of 30th Southeast Asian Games medalists in Malacañang.

Duterte then asked Philippine and Amusement Gaming Corp. Chair Andrea Domingo to look for the funds.

“So I have another 100 million. But I’m very strict about money. must be accounted up to the last centavo,” Duterte added.

The President also gave cash incentives to athletes who competed in the 30th Southeast Asian Games. He also awarded the athletes the Order of Lapu-Lapu recognition.

The Philippines bagged the overall championship in the regional meet by winning 149 gold, 117 silver, and 121 bronze medals.