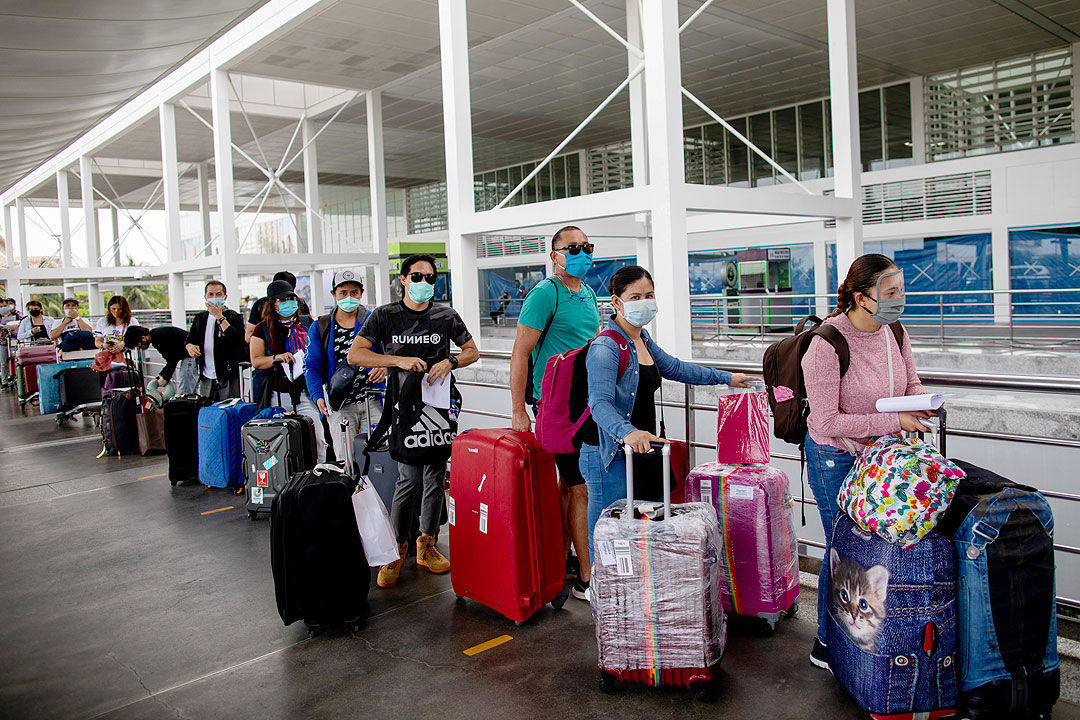 Cesar Chiong, general manager of the Manila International Airport Authority (MIAA) that operates NAIA, delivered this development to congressmen in the latest briefing on Transportation at the House Committee.

The Overseas Filipino Workers Welfare Administration (OWWA) have joined forces with the Department of Migrant Workers (DMW) in this regard the matter, said Chiong.

“We met with the OWWA representatives, we’ve already identified the area, sir, and we’re working on the project, so matutuloy na po yun sir (so this will push through),” Chiong said at the interpellation of Wilter Palma, Zamboanga Sibguay 1st district Rep.

Palma, in an earlier panel briefing, called on the MIAA to build amenities that OFWs–our so-called “modern-day heroes”–could use whenever they are forced to wait for flights, especially due to delays or cancellations.

Welcoming the development, the Mindanao lawmaker asked Chiong about the timeframe required to launch of the OFW lounge.

“Inuna lang po namin sir is yung area pati ho yung location (We just prioritized the area and the location) because we’ve identified the location to be near the government center,” Chiong added.

He added that once the work is finished, the lounge will be located on the left side of Terminal 3  when you face the terminal.

OFWs were among those troubled by the New Year’s day glitch at NAIA, which resulted in more than 400 international and domestic flights being cancelled. Aviation and transportation officials attended the briefing and discussed the recent airport crisis.

This website uses cookies to improve your experience while you navigate through the website. Out of these, the cookies that are categorized as necessary are stored on your browser as they are essential for the working of basic functionalities of the website. We also use third-party cookies that help us analyze and understand how you use this website. These cookies will be stored in your browser only with your consent. You also have the option to opt-out of these cookies. But opting out of some of these cookies may affect your browsing experience.
Necessary Always Enabled
Necessary cookies are absolutely essential for the website to function properly. These cookies ensure basic functionalities and security features of the website, anonymously.
Functional
Functional cookies help to perform certain functionalities like sharing the content of the website on social media platforms, collect feedbacks, and other third-party features.
Performance
Performance cookies are used to understand and analyze the key performance indexes of the website which helps in delivering a better user experience for the visitors.
Analytics
Analytical cookies are used to understand how visitors interact with the website. These cookies help provide information on metrics the number of visitors, bounce rate, traffic source, etc.
Advertisement
Advertisement cookies are used to provide visitors with relevant ads and marketing campaigns. These cookies track visitors across websites and collect information to provide customized ads.
Others
Other uncategorized cookies are those that are being analyzed and have not been classified into a category as yet.
SAVE & ACCEPT
135 shares
Close