Filipinos in the UAE are raising our flag in various fields of Sports not only to represent the Philippines but also our second home. The Filipino Times lists down some of the most recent triumphs of our Pinoy Sporting Idols in the emirates.

The Philippines is a country that has been known to produce world-class athletes, from boxers to basketball players.

Filipino athletes have been raising their own game consistently over the past years, often exceeding expectations overseas. Just last week, our very own Olympian Hidilyn Diaz managed to dominate the IWF World Weightlifting Championships as she bagged all three gold medals in the snatch, clean and jerk, and total.

In the United Arab Emirates, Pinoy athletes are also making waves by either representing the Philippines or competing on behalf of our second home in sporting fields such as jiu jitsu, basketball and dragon boat.

Last month, athletes as young as 5-year-old Aleia Aielle Aguilar competed to become World Champions at the Abu Dhabi World Jiu-Jitsu Festival. Aguilar was hailed the youngest Filipina Jiu-jitsu World Champion after she succeeded in the Kids 1 Under-16 category.

“I’m beyond happy that she is now a World Champion. She worked really hard for this,” said his father Alvin Aguilar, who is the first Filipino Black belter of Jiujitsu. 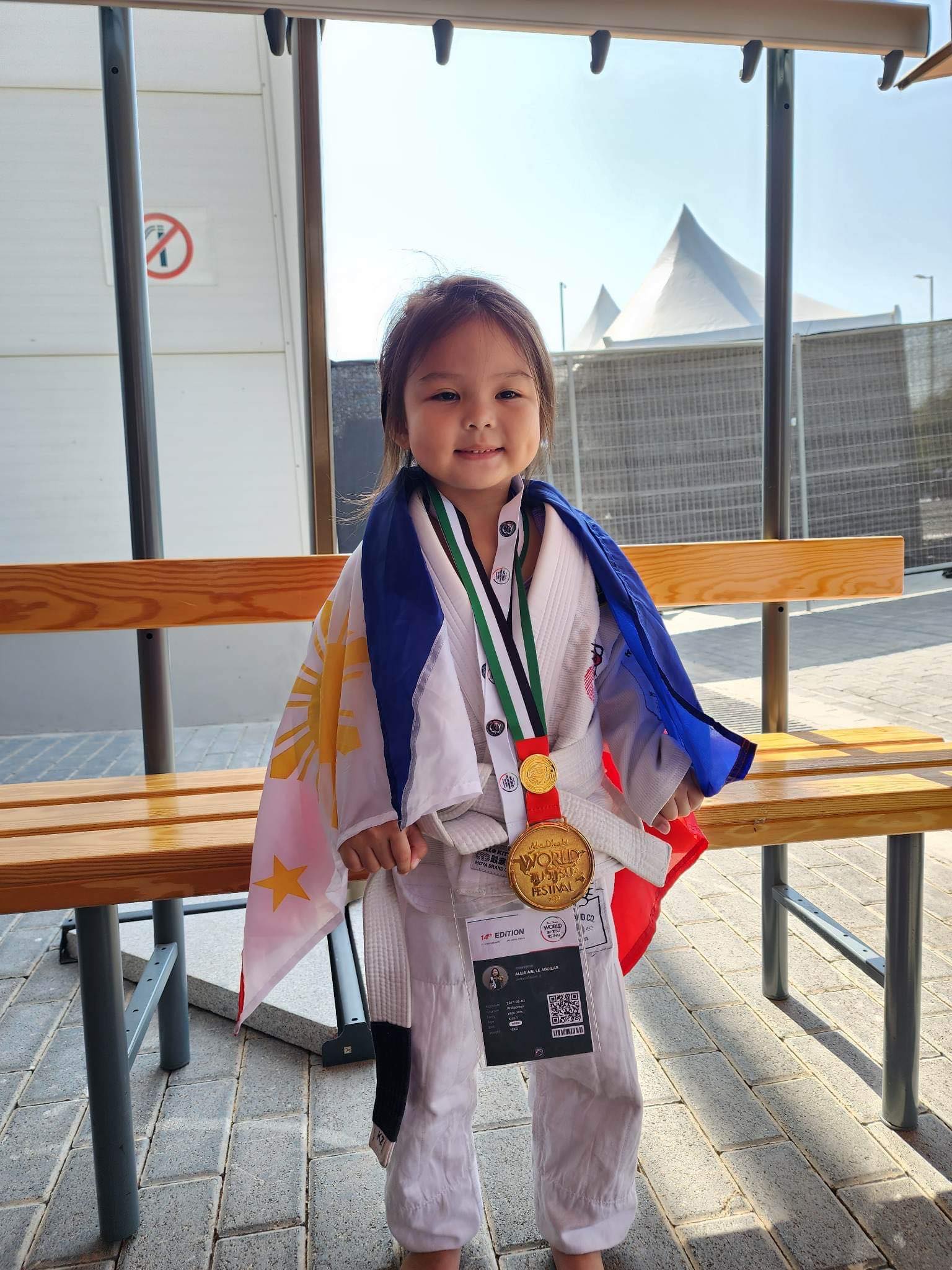 Two Dubai-based teens are also raising the Philippines’ flag in the international arena of jiu jitsu as they clinch gold medals in their respective categories.

“It’s a surreal feeling to be honest… especially that we’re able to also represent our country the Philippines,” said Ellise Malilay.

Both Ellise and Eliecha are daughters of OFW parents Dante Malilay Jr. and Marichal Diaz Malilay.

“They have been working so hard while balancing their school, we’ve seen it all and words can’t express how proud we are that both our girls became World Champions,” said Dante Malilay Jr.

Other Pinoy athletes who came all the way from the Philippines contributed to the country’s gold haul.

“This gold medal, this world title is really something I cannot claim for myself. This victory belongs to the Lord! This was His work for His glory,” shared Meggie to her fans on Instagram.

Overseas Filipinos in the UAE showed off their basketball skills at the FIBA 3X3 World Tour Finals 2022 held in Abu Dhabi last weekend.

With an all-Pinoy team, two groups took home 10,000 dirhams after winning the 5’7 and below women’s and men’s division.

“It was an absolute honor po to be a part of the FIBA competition. Us wearing and carrying team Philippines in the 5’7 category gave us the drive to play better. Seeing and hearing the Filipino crowd cheer for us gave us goosebumps as we know we are playing not just for us but for the whole Filipino community,” said Michelle Pacheco who played for both the Open Category and the under-5’7 women’s division. Both groups won the championship. 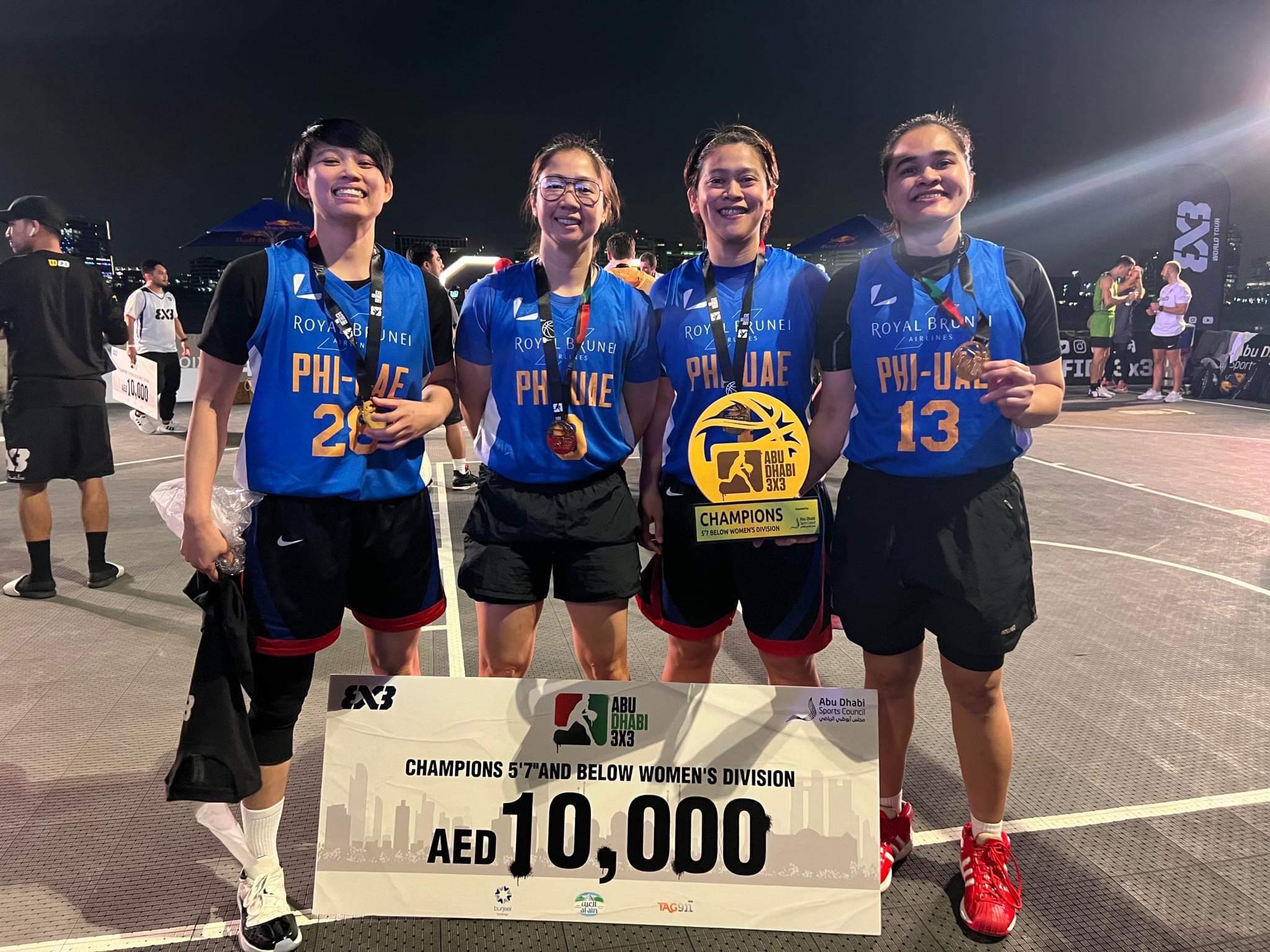 She also participated in the Open Category for the Fatima Bint Mubarak Academy (FBMA) along with Mia Duric, Amna Al Muheiri, Fatima Haider and Michelle Pacheco and won.

For his part, Coach Justino Amparo III of the men’s team said that prayers and trust among his team members were their keys to winning. His team took home a cash prize, trophy, and bragging rights.

“We all know that FIBA is a once in a lifetime experience. We were like a professional basketball player playing on a world stage. The vibe, the cameras, the announcer, the exposure. The whole experience was overwhelming,” said Amparo. His team members were Kim Mercado (Captain), Jhef Vitales, Ker Llacuña, and Lander Decena.

Coach Amparo also encouraged other Pinoys in the country to do and follow what they love.

“Do what you love and enjoy it. Spend time sa mga gusto mong gawin. Exert ka ng effort, ng pagod, ng time. At the end of the day, you will gain from what you do most,” said Amparo.

Composed of one hundred percent Overseas Filipino Workers (OFWs), the Classic Dragon Boat team shocked the participants of the Sarawak International Dragon Boat Regatta (SIDBR) as they bag the first place in the Ladies DB12s and third place in the Open DB12s categories.

“It was an honour for us to represent our second home, the UAE. It’s a way for us to give back to the UAE what it has given or done for us while living and working here,” said team manager Roanne Alvarez. 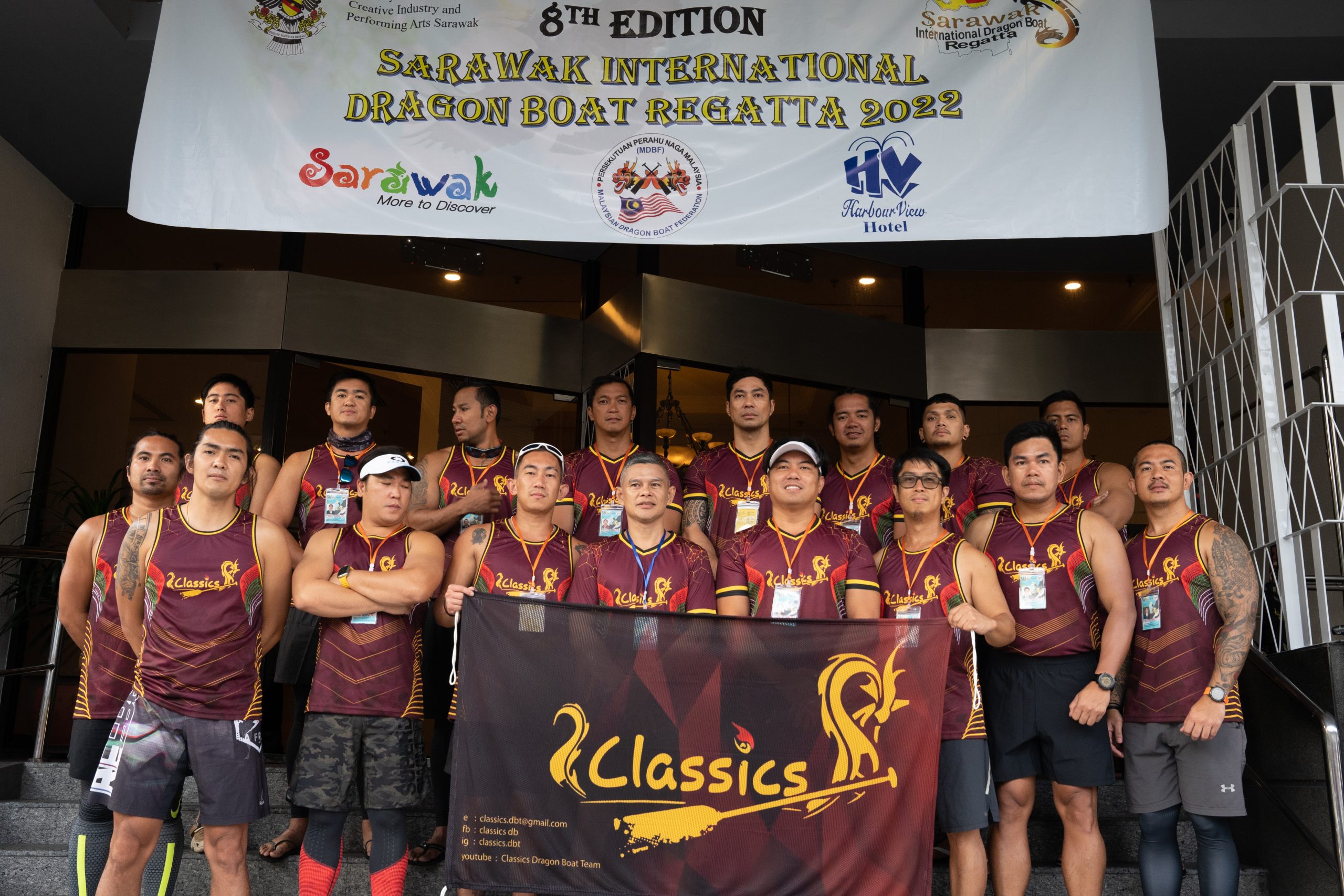 The international race competition had 40 teams participating from 16 different countries. Both wins are incredible feats bearing in mind that the OFW-assembled teams are composed of professionals who were squeezing in training time to make it to the international dragon boating scene.

“All of the paddlers are working individuals, all with different schedules. Some of us are dads and moms that, on top of work and training schedules, you need to set aside time for children,” coach June De Los Santos bared.

They encourage other OFWs to “have activities outside work and always remember to take care of their health.”

“This is the most important, health is wealth, it cannot be replaced by any material thing around us, find your passion and be in love with it, for this is the key to success and happiness in life,” said Alvarez. 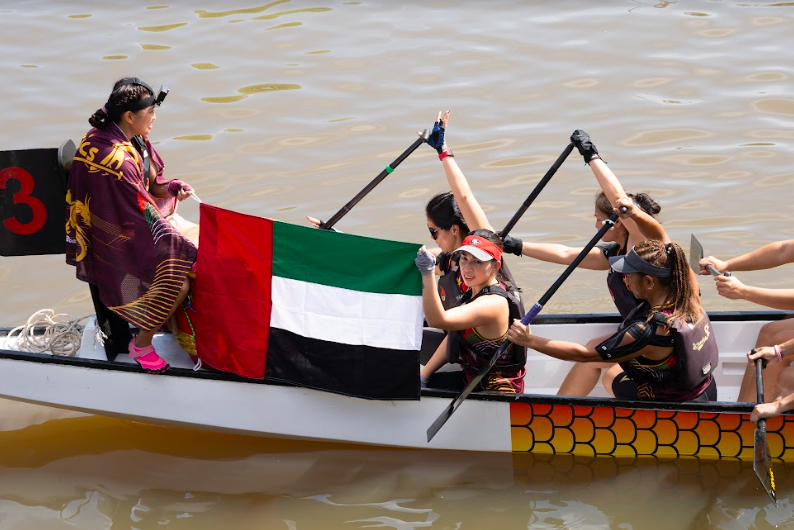