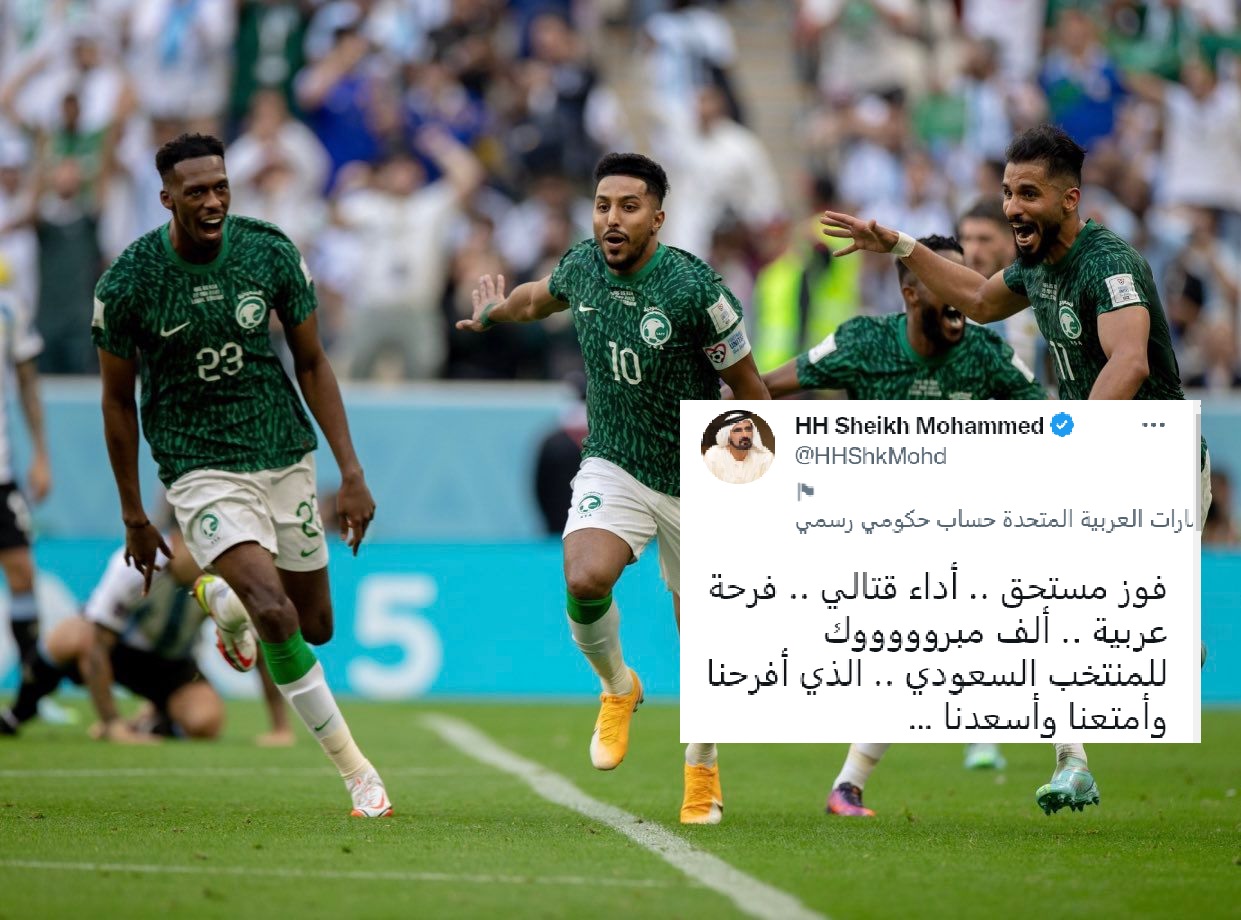 His Highness Sheikh Mohammed Bin Rashid Al Maktoum, Vice-President and Prime Minister of UAE and Ruler of Dubai, congratulated Saudi Arabia after the team won against Argentina 2-1 at the FIFA Qatar World Cup on November 22, Tuesday at the Lusail Stadium.

“A well-deserved victory… Excellent performance… An Arab joy. Congratulations to the Saudi team who made us happy,” wrote Sheikh Mohammed bin Rashid on his official Twitter page on Saudi’s historic victory.

Saudi Arabia defeated Argentina’s Lionel Messi’s team 2-1 in one of the biggest World Cup surprises in history. Saudi Arabia’s Salem Al Dawsari scored early in the second half, giving his team a 2-1 lead.

It was Saudi Arabia’s sixth appearance in football’s most prestigious competition, while Argentina was making their 18th appearance, having won the tournament twice: in 1978 and 1986.