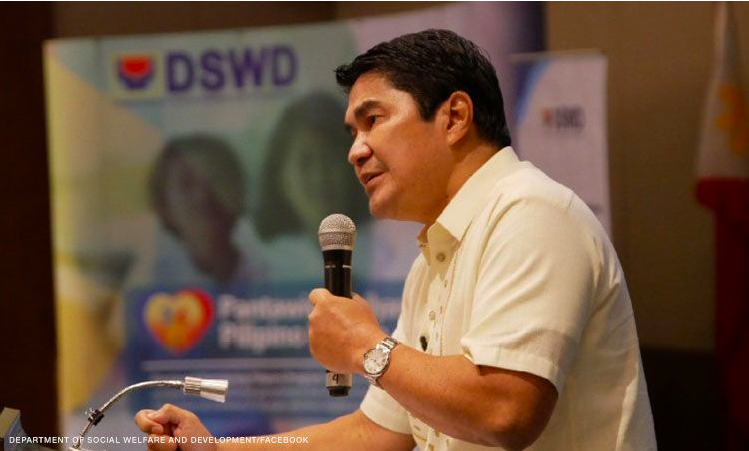 Social Welfare Secretary Erwin Tulfo said that President Bongbong Marcos told him to continue his role as DSWD chief despite the deferment of his confirmation from the Commission on Appointments.

Tulfo refused to elaborate more on the deferment of his appointment and said that he does not want to influence the body’s decision.

“The instruction of the President was ‘to just keep on doing what you’re supposed to do and then make preparations for the coming typhoons etcetera,’” Tulfo said.

“What he told me was that, ‘You get ready. You let them do their jobs,’” he added.

A CA committee has decided to defer the appointment Tulfo due to some issues including citizenship and legal cases.

“May mga katanungan ang mga members ng CA. May report which was provided sa CA members so we want futher clarifications on some of the issues there,” CA Majority Leader Lray Villafuerte said in a chance interview.

The committee also decided to defer Tulfo’s appointment because they are set to tackle the appointment of DPWH chief Manny Bonoan.

Caloocan Representative Oscar Malapitan asked Tulfo if he had renounced his Filipino citizenship when he joined the United States Army in 1988.

Tulfo then requested the lawmakers to answer his citizenship in an executive session.

“It’s about your being an enlisted personnel of the United States Army for several years and you have been in active military service stationed in Europe from 1992 to 1996,” Marcoleta said.

“Correct me if I’m wrong, but to me, an enlisted personnel in the US army, you are a citizen by birth. You are a US citizen, or you have acquired your citizenship by naturalization,” he added.

The lawmaker also brought up Tulfo’s past conviction with the Pasay Regional Trial Court.

In an ambush interview, Tulfo admitted that he was convicted of libel four times.

“In some other cases disposed of by the Supreme Court, there were certain people who were disqualified from holding positions because they have been convicted of crimes involving moral turpitude,” Marcoleta said.

Tulfo also admitted that he had renounced his citizenship in the past but he is now a Filipino.

“I brought the documents with me because I know that they will be asking me,” Tulfo said.