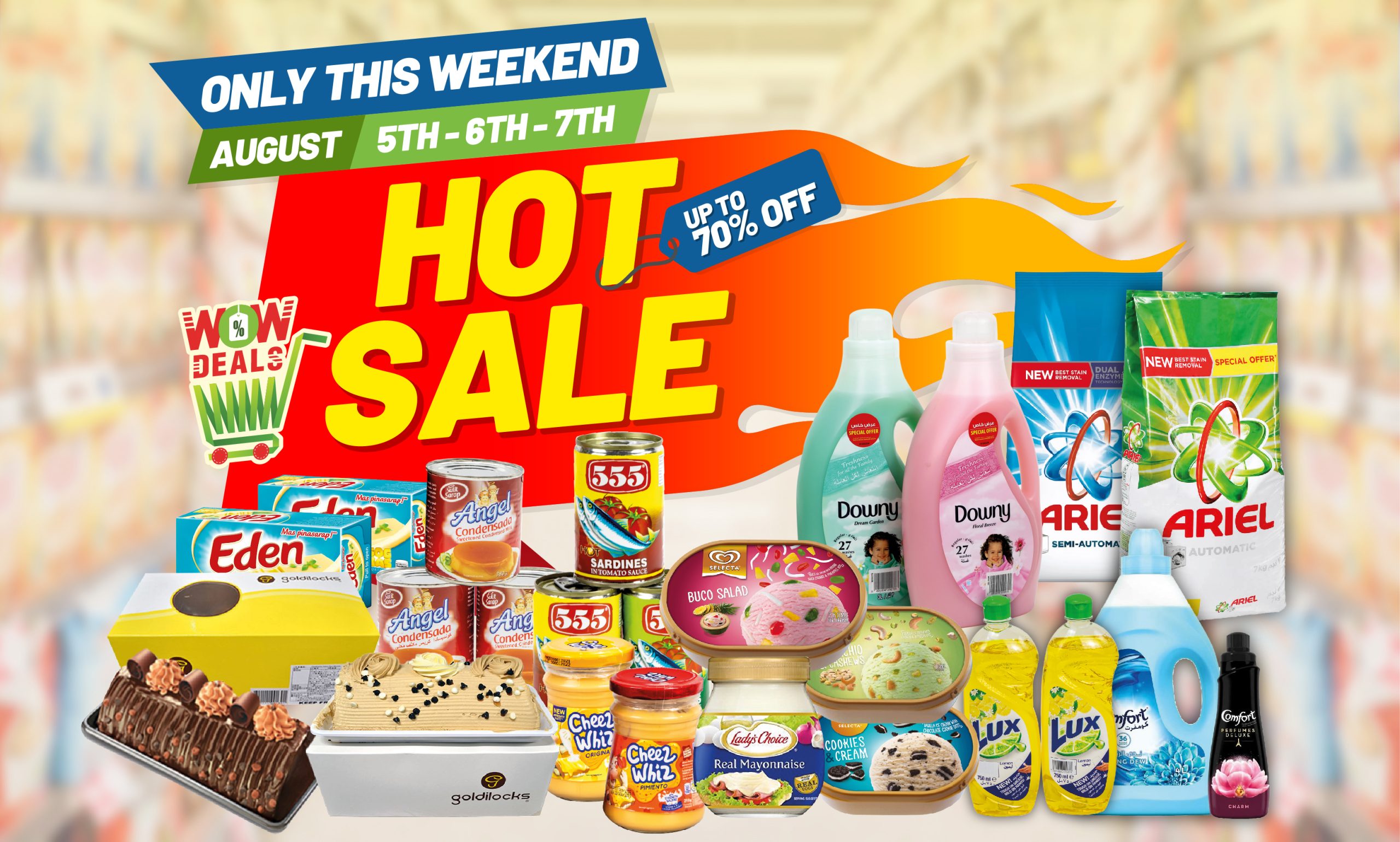 West Zone Supermarket welcomes the weekend with their special ‘Hot Sale’ which features over 100 products from the Philippines and from all over the world at special discounts!

This, after West Zone recently opened their 135th branch at 13B Street, Net.com building at Oud Metha, Dubai, situated in the heart of the city, which is well-known in the community as one of the areas in Dubai where many Filipinos reside.

This is also the opportunity for Filipinos to stock up on their fresh food, as West Zone has big discounts for freshly-picked vegetables and fruits, as well as for seafood items, chicken parts, and beef products.

The massive supermarket chain, which has over 130 outlets in the UAE, has thousands of items, including some imported from the Philippines.

For many Filipinos, West Zone bridges the gap between the Philippines and the UAE, allowing them to experience things familiar to them right here in the nation.

Filipinos and the wider UAE community may expect to save money on their shopping at West Zone, which provides interesting weekly deals. Keep an eye on their social media platforms for the latest deals and information!

This website uses cookies to improve your experience while you navigate through the website. Out of these, the cookies that are categorized as necessary are stored on your browser as they are essential for the working of basic functionalities of the website. We also use third-party cookies that help us analyze and understand how you use this website. These cookies will be stored in your browser only with your consent. You also have the option to opt-out of these cookies. But opting out of some of these cookies may affect your browsing experience.
Necessary Always Enabled
Necessary cookies are absolutely essential for the website to function properly. These cookies ensure basic functionalities and security features of the website, anonymously.
Functional
Functional cookies help to perform certain functionalities like sharing the content of the website on social media platforms, collect feedbacks, and other third-party features.
Performance
Performance cookies are used to understand and analyze the key performance indexes of the website which helps in delivering a better user experience for the visitors.
Analytics
Analytical cookies are used to understand how visitors interact with the website. These cookies help provide information on metrics the number of visitors, bounce rate, traffic source, etc.
Advertisement
Advertisement cookies are used to provide visitors with relevant ads and marketing campaigns. These cookies track visitors across websites and collect information to provide customized ads.
Others
Other uncategorized cookies are those that are being analyzed and have not been classified into a category as yet.
SAVE & ACCEPT
36 shares
Close