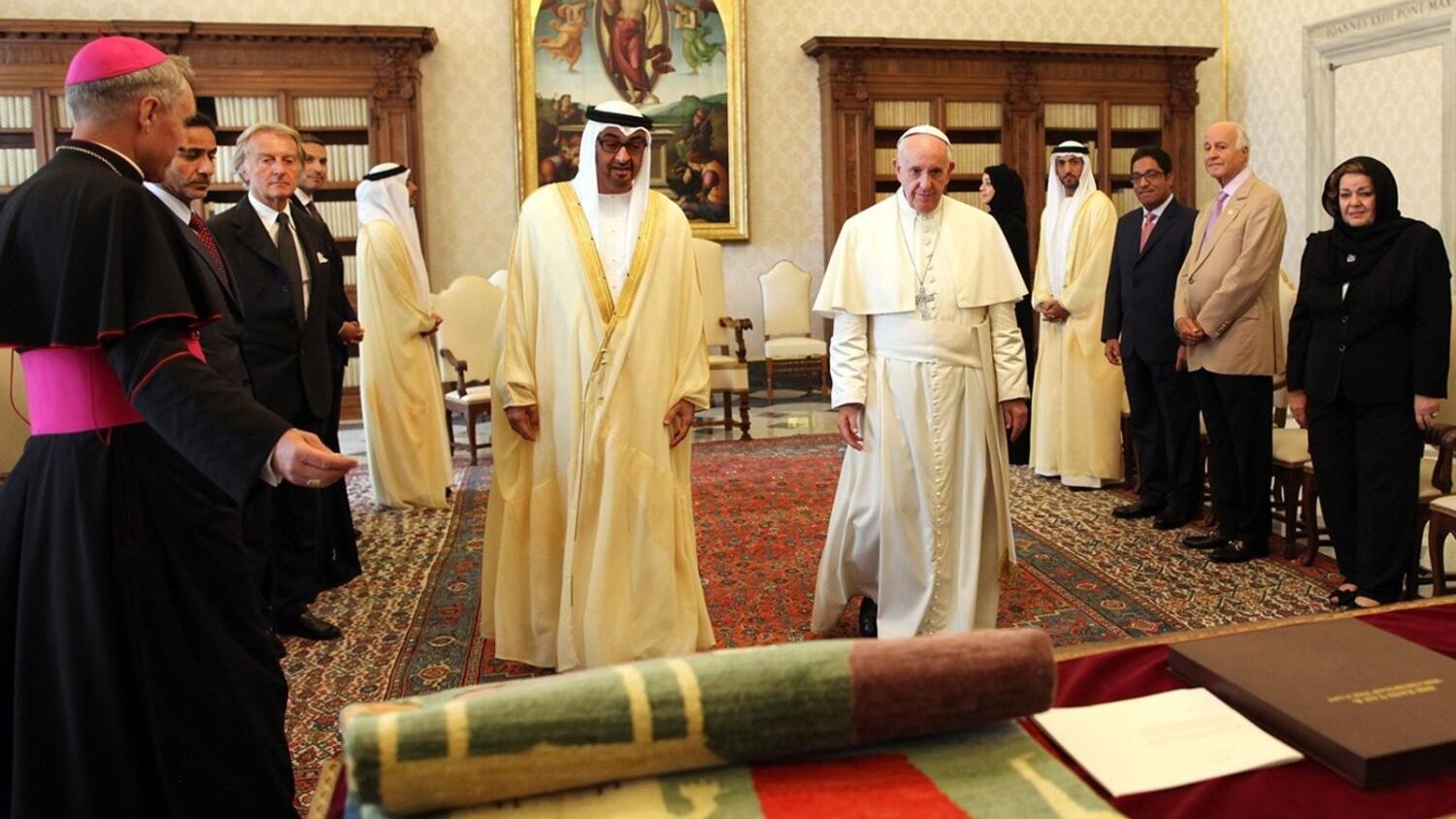 The historic Pontifex carpet, which was immortalized as a non-fungible token (NFT) sold at about $81,886 late on Friday afternoon to raise funds for Afghanistan. The UAE’s gift to Pope Francis was sold as an NFT to raise funds.

The Pontifex carpet which was oven by Afghan women was originally gifted by His Highness Sheikh Mohamad Bin Zayed Al Nahyan, Crown Prince of Abu Dhabi and Deputy Supreme Commander of the UAE Armed Forces, to Pope Francis in September 2016 during a visit to the Vatican, where the two leaders met to discuss strengthening existing diplomatic ties and promoting inter-religious harmony.

The 272cm x 183cm physical version of the carpet remains with Pope Francis, but Zuleya – Fatima Bint Mohammed Bin Zayed Initiative’s (FMBI) retail arm – created a 187 cm x 125cm replica to be gifted to whoever buys it as an NFT.

Musfir Khawaja, co-founder of nftOne, the DIFC-headquartered regional marketplace where the NFT was listed, said, “This is perhaps the most iconic NFT to be sold in the Middle East. The buyer will get the physical replica of the carpet besides an ornate gold frame on a 165cm digital canvas with the NFT loaded on it.”

Money from the sale will go to aid vulnerable families in Afghanistan during the harsh winter months.

The NFT is one of six pieces that were unveiled at Abu Dhabi Art, where they were showcased on digital canvases alongside some of the best contemporary art.

This website uses cookies to improve your experience while you navigate through the website. Out of these, the cookies that are categorized as necessary are stored on your browser as they are essential for the working of basic functionalities of the website. We also use third-party cookies that help us analyze and understand how you use this website. These cookies will be stored in your browser only with your consent. You also have the option to opt-out of these cookies. But opting out of some of these cookies may affect your browsing experience.
Necessary Always Enabled
Necessary cookies are absolutely essential for the website to function properly. These cookies ensure basic functionalities and security features of the website, anonymously.
Functional
Functional cookies help to perform certain functionalities like sharing the content of the website on social media platforms, collect feedbacks, and other third-party features.
Performance
Performance cookies are used to understand and analyze the key performance indexes of the website which helps in delivering a better user experience for the visitors.
Analytics
Analytical cookies are used to understand how visitors interact with the website. These cookies help provide information on metrics the number of visitors, bounce rate, traffic source, etc.
Advertisement
Advertisement cookies are used to provide visitors with relevant ads and marketing campaigns. These cookies track visitors across websites and collect information to provide customized ads.
Others
Other uncategorized cookies are those that are being analyzed and have not been classified into a category as yet.
SAVE & ACCEPT
50 shares
Close