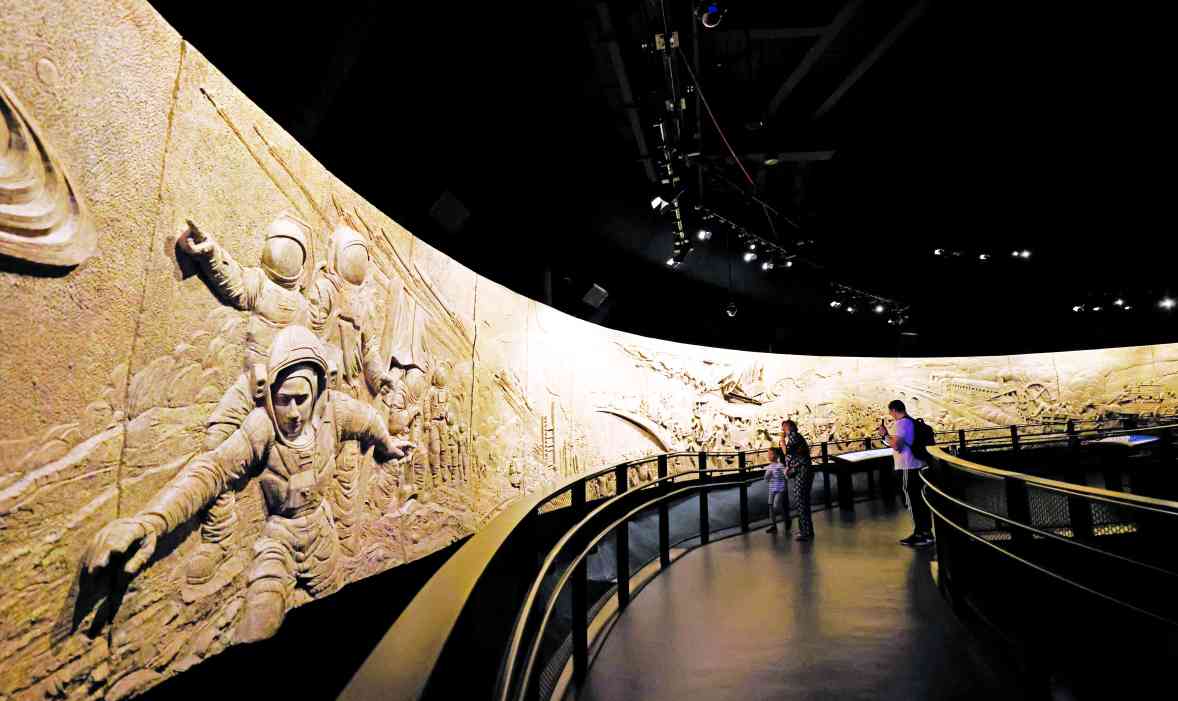 Throughout its history, humanity has experienced many things, and has gone through several paths that took it out of the limits of primitiveness towards development, to lead it to penetrate the borders of the earth and embrace space.

The history of mobility is embodied in reality on a long mural that decorated the walls of the Mobility Pavilion – A, summarizing its length of about 45 stations that humanity passed through and shaped the process of movement, which goes back a lot, a distance estimated at 4000 BC, and continues until the probe of hope launched by the Emirates During 2020, to enter the race to reach Mars.

The mural is long, not easy, and very beautiful. It bears within it many details documenting the movement of history and the process of inventing roads BC about 4000 BC, when the stone-paved roads allowed people to move, which contributed to facilitating the process of travel and communication between human societies.

The creation of roads was the first stop from which man set out on the paths of the history of movement, movement and development, while the mobility mural illustrates how man accumulated his experiences and worked to employ them in the field of creating clothes and using animal skins to secure himself warmth, at a time when he used his experience in hunting to secure food and drink for himself.

The makers of the mural did not turn a blind eye to the human journey into space, starting from the moment the Apollo 11 spacecraft launched on a historic flight in 1969, landing on the moon, and ending with the Hope Probe, which was launched in 2020, on a historic journey led by the UAE to reach Mars.