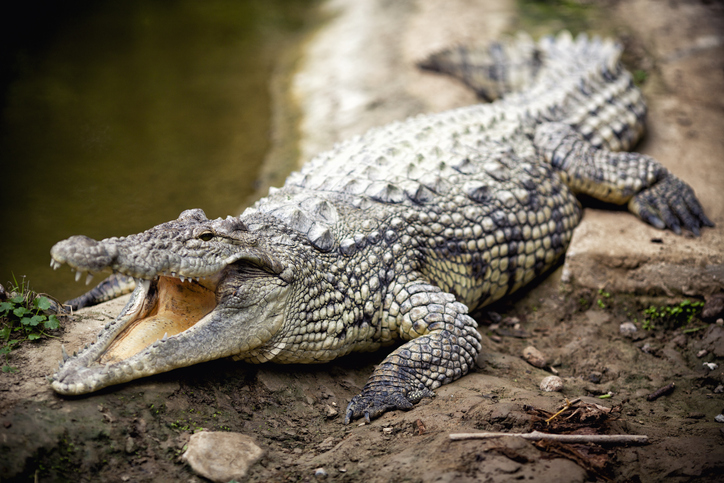 The body of a man who has been missing for 3 days was discovered by Indian authorities being devoured by a crocodile.

The body was found near a pond in Udham Singh Nagar district’s Khatima area on Tuesday.

In a report in Hindustan Times, it’s not clear yet whether the crocodile killed the man or if he was murdered and the body was thrown in the pond.

Kundan Kumar, divisional forest officer (DFO)Terai East Forest division said that a man who was driving away monkeys reported to them that he saw the crocodile eating what appeared to be human remains.

“When he reached his farm, he saw a crocodile eating a person near a pond. He immediately informed the other villagers and a crowd gathered at the spot. Village head Gurmej Singh informed police and forest officials about the incident, following which Surai forest range team rushed to the spot and found the crocodile devouring the dead body,” Kumar said.

Authorities are now subjecting the man’s body for autopsy.

The man was identified as Sukhdev Singh Debu, was a resident of Raghuliya village in Khatima.

Witnesses say that the man went on a trip with forest rangers three days ago but he never came back.

“But he never returned home. Prima facie, it seems that he was killed by the crocodile, but the actual cause of death will be known after the post-mortem report is received” the senior forest official added.