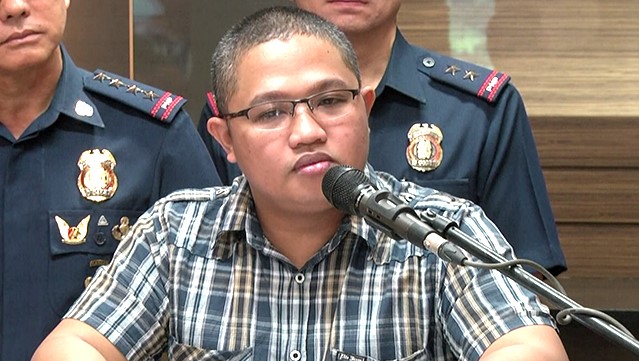 THE Manila Metropolitan Trial Court Branch 17 has ordered the arrest of Peter Joemel “Bikoy” Advincula for being a no-show in his scheduled arraignment on Wednesday morning in the perjury case filed by 3 lawyers from the Free Legal Assistance Group (FLAG).

“In view of the failure of the accused to appear in today’s hearing despite notice and upon motions of both the private prosecutor and public prosecutor, let the cash bail posted by accused Peter Joemel Advincula be forfeited and confiscated in favor of the government,” Judge Karla Funtilan-Abugan said in her arrest order.

“Issue a warrant of arrest against him with bail set at double the amount of the previous bail posted by the accused,” she added.

The FLAG lawyers composed of Chel Diokno, Erin Tañada and Theodore Te filed a perjury case against Bikoy for claiming that they were part of the so-called ‘Project Sodoma’.

The project was supposedly intended to oust President Rodrigo Duterte through a series of Youtube videos called ‘Ang Totoong Narco List’ in 2019.

The three lawyers filed the perjury case accusing Bikoy of “willful and deliberately” lying to link them on sedition raps.

This website uses cookies to improve your experience while you navigate through the website. Out of these, the cookies that are categorized as necessary are stored on your browser as they are essential for the working of basic functionalities of the website. We also use third-party cookies that help us analyze and understand how you use this website. These cookies will be stored in your browser only with your consent. You also have the option to opt-out of these cookies. But opting out of some of these cookies may affect your browsing experience.
Necessary Always Enabled
Necessary cookies are absolutely essential for the website to function properly. These cookies ensure basic functionalities and security features of the website, anonymously.
Functional
Functional cookies help to perform certain functionalities like sharing the content of the website on social media platforms, collect feedbacks, and other third-party features.
Performance
Performance cookies are used to understand and analyze the key performance indexes of the website which helps in delivering a better user experience for the visitors.
Analytics
Analytical cookies are used to understand how visitors interact with the website. These cookies help provide information on metrics the number of visitors, bounce rate, traffic source, etc.
Advertisement
Advertisement cookies are used to provide visitors with relevant ads and marketing campaigns. These cookies track visitors across websites and collect information to provide customized ads.
Others
Other uncategorized cookies are those that are being analyzed and have not been classified into a category as yet.
SAVE & ACCEPT
117 shares
Close