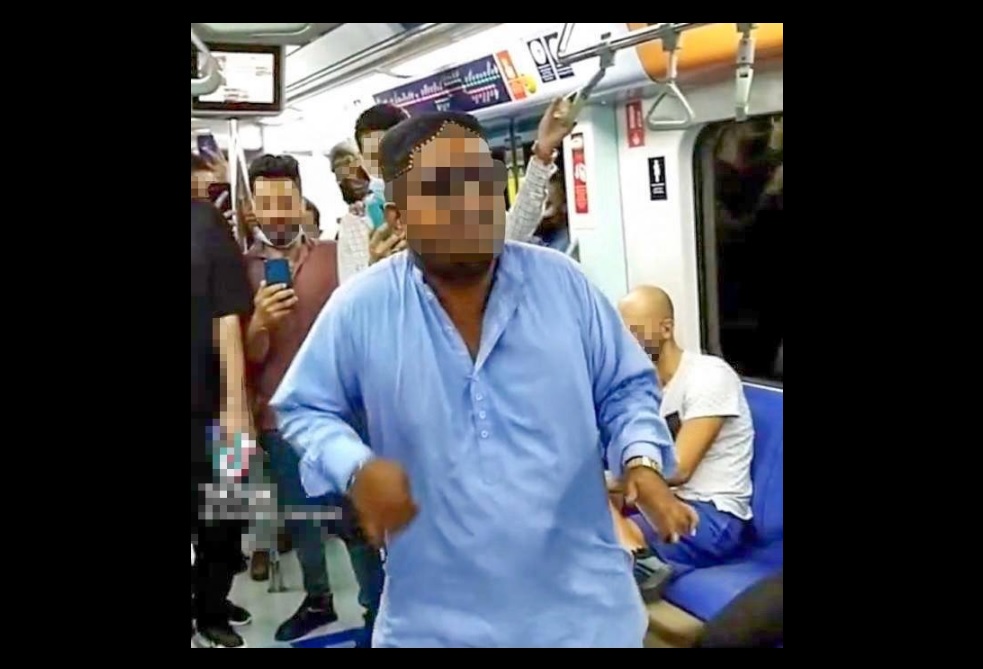 An Asian man got arrested due to a viral video where he was seen dancing in Dubai Metro without a mask.

The Dubai Police charged the man with “Committing Public Indecent Act”, as officers noted that the man disturbed other passengers with his inappropriate acts.

Brigadier Obaid Al Hathboor, Director of Transport Security Department at Dubai Police, stated that the Dubai Police tracked down the man in the video as it went viral across several social media platforms. The Dubai Police stated that such acts are disrespectful and insensitive towards other fellow passengers.

He also noted that Article (358) of the UAE Penal code states that whoever openly commits an indecent and disgraceful act shall be punished by detention for a period of at least six months or/ and a fine of 5,000 Dhs.

The Director of Transport Security Department explained that the violator was also punished for disregarding to wear a medical mask in a public place, as per Resolution No. (38) of 2020 on enforcement of penalties for violations following the Cabinet Resolution No. (17) of 2020 to contain the spread of the coronavirus, COVID-19.