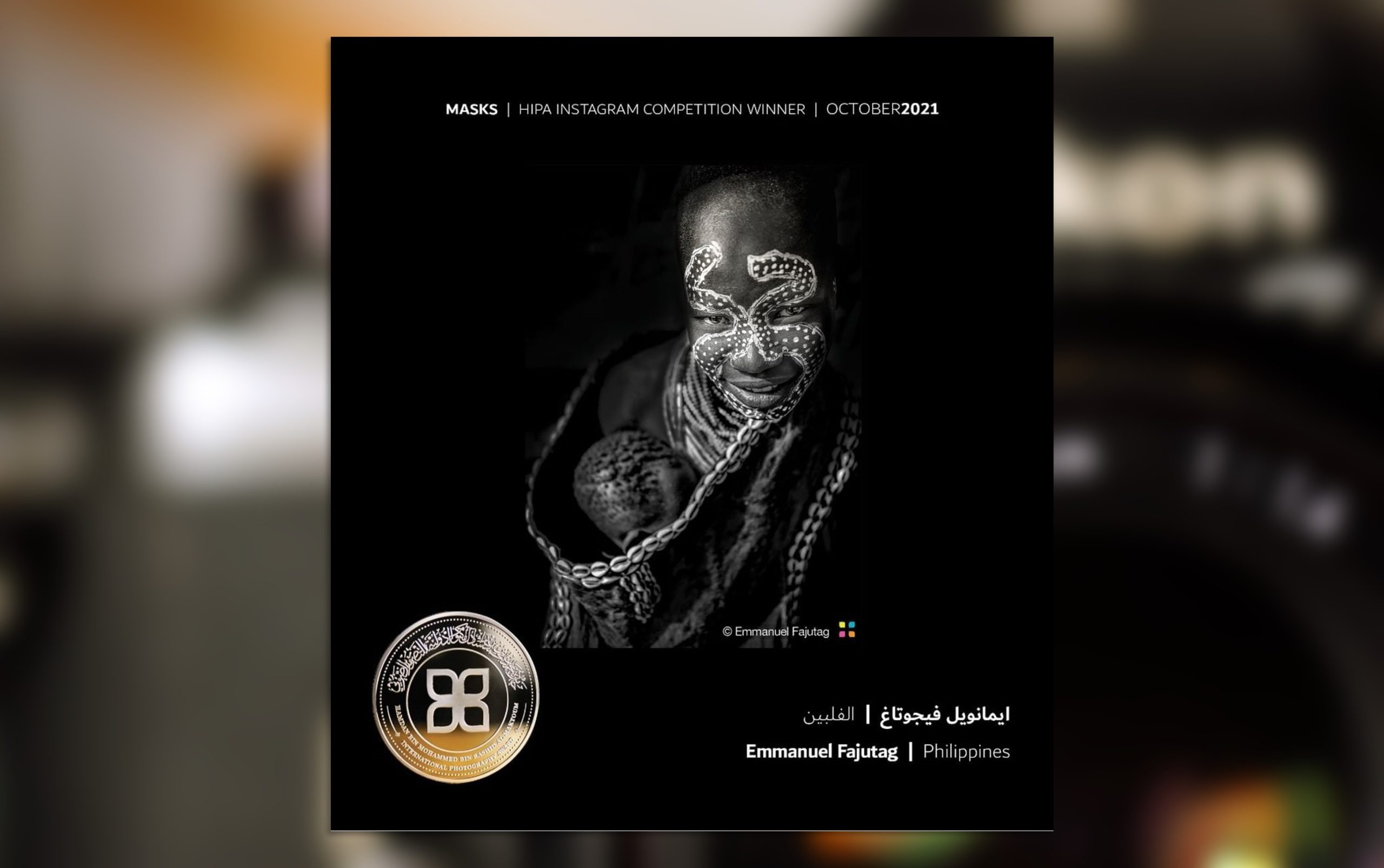 A Filipino photographer has been named among the winners of the Hamdan bin Mohammed bin Rashid Al Maktoum International Photography Award’s (HIPA) most recent Instagram Photo Contest under the theme “Mask”.

Emmanuel “Manny” Fajutag, a multi-awarded photographer based in Abu Dhabi, uploaded his monochromatic photo of a young woman wearing their traditional make-up.

Fajutag, who hails from the Simara Island in Romblon, works as VIP Helicopter Mechanic in the United Arab Emirates.

Photographers hailing from different parts of the world were invited to upload their best pictures on the photo-sharing app with the hashtag #HIPAContest_Masks.

The contest received hundreds of submissions, but only five photographers were selected as winners.

Aside from Fajutag, other winners of the contest include Muhammed Fazil, Shyjith Onden Cheriyath and Rinku Sharma, who are all from India; and Tan Tie Hiap from Indonesia.

HIPA Secretary General, Ali bin Thalith said, “The competition topics are chosen from the reality of different human activities, rituals, customs and behaviors associated with certain civilizations and cultures. There is always an attractive artistic interface for these activities and behaviors, and among the oldest and most famous in this context are masks that are worn, drawn or tattooed on people’s faces in hundreds of styles, colors, shapes, as well as connotations and meanings.”

“We offered this opportunity to showcase the creativity of photographers in this field and the result was a beautiful variety of mask arts,” he added.

This website uses cookies to improve your experience while you navigate through the website. Out of these, the cookies that are categorized as necessary are stored on your browser as they are essential for the working of basic functionalities of the website. We also use third-party cookies that help us analyze and understand how you use this website. These cookies will be stored in your browser only with your consent. You also have the option to opt-out of these cookies. But opting out of some of these cookies may affect your browsing experience.
Necessary Always Enabled
Necessary cookies are absolutely essential for the website to function properly. These cookies ensure basic functionalities and security features of the website, anonymously.
Functional
Functional cookies help to perform certain functionalities like sharing the content of the website on social media platforms, collect feedbacks, and other third-party features.
Performance
Performance cookies are used to understand and analyze the key performance indexes of the website which helps in delivering a better user experience for the visitors.
Analytics
Analytical cookies are used to understand how visitors interact with the website. These cookies help provide information on metrics the number of visitors, bounce rate, traffic source, etc.
Advertisement
Advertisement cookies are used to provide visitors with relevant ads and marketing campaigns. These cookies track visitors across websites and collect information to provide customized ads.
Others
Other uncategorized cookies are those that are being analyzed and have not been classified into a category as yet.
SAVE & ACCEPT
736 shares
Close