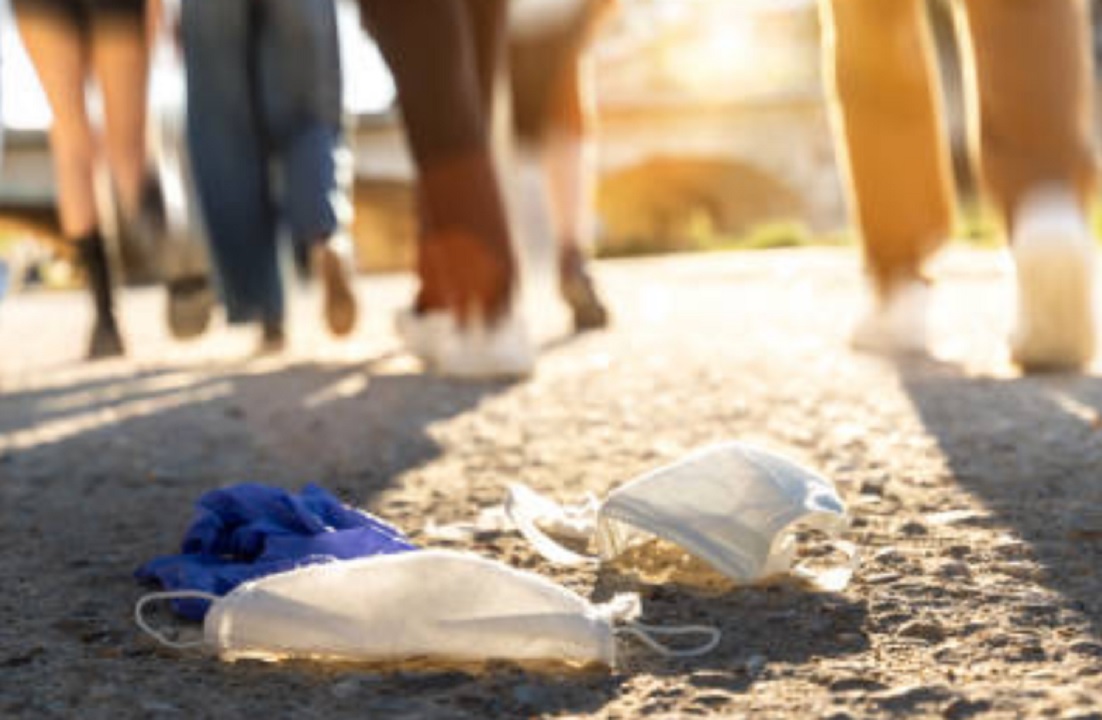 (WAM) — Abu Dhabi Police has warned against the dumping of used face masks and gloves on roads, streets, and public facilities.
In a statement, Abu Dhabi Police noted the hazardous health and environmental risks that such dumping acts can pose on the community as a whole.
It added that dumping waste on roads would incur an AED1,000 fine and six traffic points.
RELATED STORY: Authorities to slap Dh1000 fine for motorists throwing used medical protective equipment on roads
Earlier, a statement from Sharjah Police issued a similar reminder against motorists littering on the roads.
“Throwing health supplies after using them such as gloves and masks affects the safety of community members and contributes to the transmission of infection to others,” said the statement from Sharjah Police.
Authorities reminded motorists of the provision within the UAE’s Traffic Law that prohibits littering on the roads.
“Where Article 71 of the Traffic Law stipulates the signing of a fine of one thousand dirhams (Dh1000) and the registration of six traffic points for anyone who throws trash from the vehicle,” said the reminder.