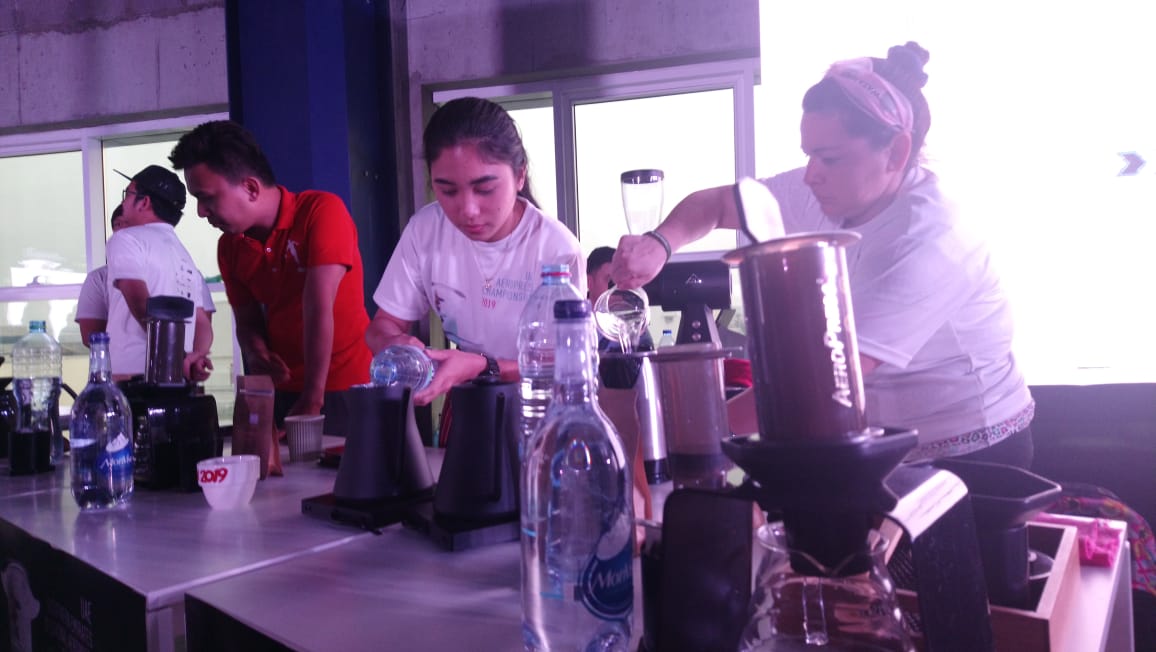 Khalid Al Mulla, coffee shop owner and one of the event’s several supporters, said the two-day event which started yesterday is meant to promote the art of coffee making among aficionados. Winner in the UAE competition will fly to London sometime in November for the next stage.

For his part, Saeed Alhameli, also a coffee shop owner, said the event “helps increase the knowledge about the business and also provides a platform to discuss and bring all professional of this business together to expand horizons and improve quality of coffee.

Organizers said there were 27 participants from each of the UAE’s seven emirates, of which 80 percent were Filipinos. Last year’s winner, Earvin Marabiles is a Filipino.

The event is now on its third year and is growing year on year, organizers said.

Over 189 baristas, most of them Filipinos, participated in the event.

Filipino lady baristas heat up the competition with their skills.