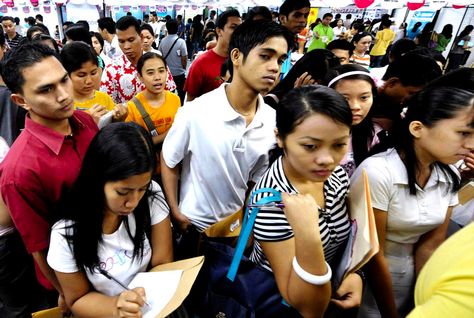 A recent study conducted by Dream Project PH showed that 7 out of 10 Filipino teenagers lack or does not dream.

The 9-year study, which covers 614 Filipino teenagers from 54 provinces in the Philippines, also showed that socioeconomic class was not directly connected or a reason for a person to lose or not have a dream.

“It turns out that discouraging words from others was the most common reason behind the phenomenon, followed by the lack of self-esteem, lack of passion, lack of opportunity, and lastly poverty,” said the website Tech Shake, which published the study.

Launched in June 2013, Dream Project PH is a volunteer-based organization with an aim to build and support Filipino dreams among those in the underprivileged communities in the Philippines.

To help teens to have and chase after their dreams, the group came up with a list of inspiring women, which will be featured through a collection of 20 videos to be released on Facebook.

This website uses cookies to improve your experience while you navigate through the website. Out of these, the cookies that are categorized as necessary are stored on your browser as they are essential for the working of basic functionalities of the website. We also use third-party cookies that help us analyze and understand how you use this website. These cookies will be stored in your browser only with your consent. You also have the option to opt-out of these cookies. But opting out of some of these cookies may affect your browsing experience.
Necessary Always Enabled
Necessary cookies are absolutely essential for the website to function properly. These cookies ensure basic functionalities and security features of the website, anonymously.
Functional
Functional cookies help to perform certain functionalities like sharing the content of the website on social media platforms, collect feedbacks, and other third-party features.
Performance
Performance cookies are used to understand and analyze the key performance indexes of the website which helps in delivering a better user experience for the visitors.
Analytics
Analytical cookies are used to understand how visitors interact with the website. These cookies help provide information on metrics the number of visitors, bounce rate, traffic source, etc.
Advertisement
Advertisement cookies are used to provide visitors with relevant ads and marketing campaigns. These cookies track visitors across websites and collect information to provide customized ads.
Others
Other uncategorized cookies are those that are being analyzed and have not been classified into a category as yet.
SAVE & ACCEPT
53 shares
Close