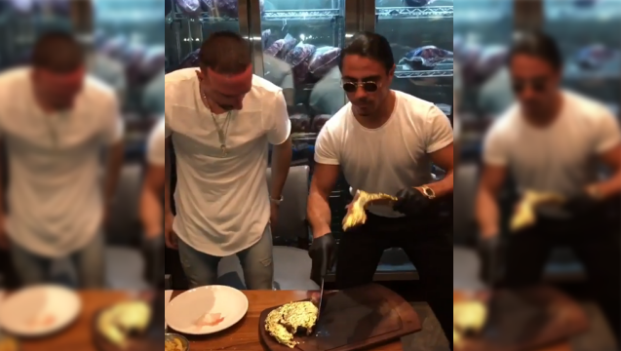 A professional French footballer was fined after posting offensive comments in response to people who criticized his dinner in a popular restaurant in Dubai.

French football star Franck Ribéry was fined after posting a message which states, “I achieved my success thanks to god, and my efforts and those close to me who believed in me, as for the others, you’re not even pebbles in my socks.”

Ribéry shared clips of his experience at the restaurant and netizens noted that his meal was “too extravagant”, a comment which did not sit well with the football star.

No better way to start the year than with a dash of salt and a visit to my Turkish brother ???? #SaltBae #fr7? #ELHAMDOULILLAH??♥️ @nusr_et

Ribéry’s team, Bayern Munich FC, confirmed that a hefty fine was imposed against the football player for the offensive comment.

“As part of an advertising campaign, Ribéry had been invited to try a steak in a restaurant during his holiday in Dubai.

“Afterwards, it was falsely claimed that he had paid 1,200 euros for the steak, whereupon he and his family were “savagely attacked” on social media.

“Ribéry then publicly “stood up for his family and fought back”, but in a manner not approved of by FC Bayern,” the team said in a statement.