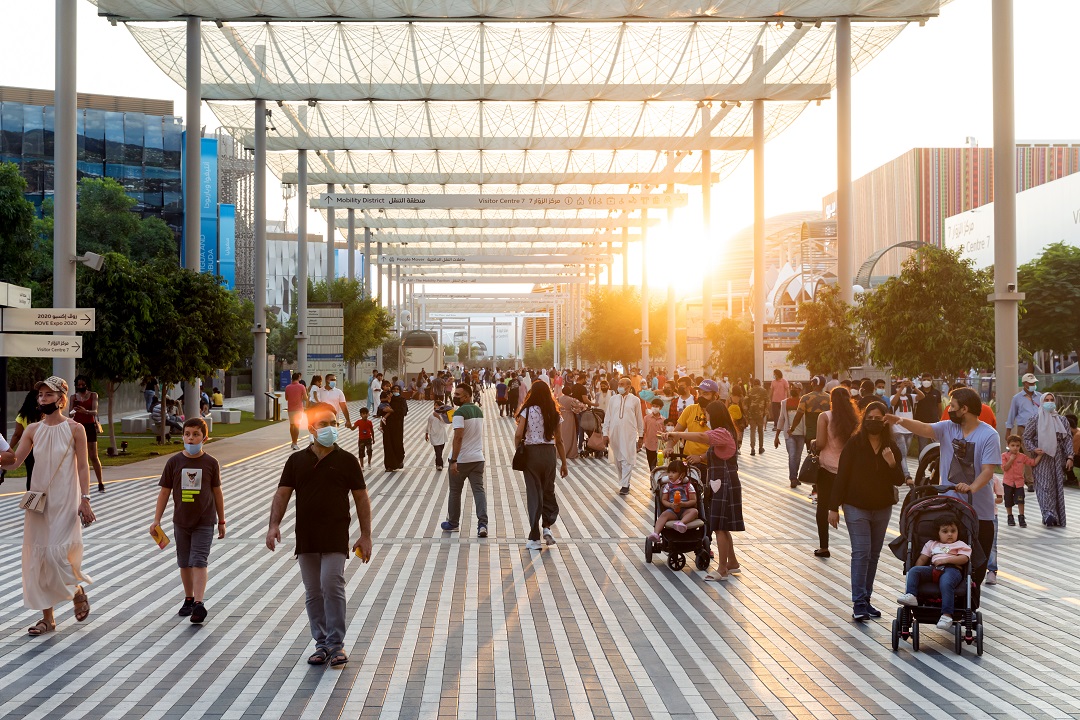 Photo of Filipinos at EXPO Dubai

Filipino columnist Ramon Tulfo heaped praises on the safety and incredible growth opportunity in the UAE, making it among the top destinations for overseas Filipino workers (OFWs).

In his column titled ‘A visit to Dubai’ published in The Philippine Star, January 24, 2023, Tulfo wrote: “1 in 4 people you meet in the streets of Dubai is Filipino. It’s as if I never left Metro Manila.”

He explained that most Filipinos would rather toil in Dubai and other emirates for the rest of their lives than go home to find  their families and themselves reel under starvation.

“Dubai is probably the safest city in the world…Can you blame our fellow Filipinos if they prefer the UAE to their homeland for employment? Even if they are employed here in the Philippines, they could still be underpaid,” he added

“Another principal reason for wanting to work in the UAE (especially in Dubai) is they can walk in the streets any time of the day without worrying about their safety,” he wrote.

Dubai has consistently been named as one of the safest cities in the world, based on annual survey of the global crowdsourced site Numbeo. In its latest survey released this month, Dubai has ranked seventh in the list, alongside three other emirates including Abu Dhabi, first; Ajman, fourth; and Sharjah, fifth.

According to Tulfo, most of the OFWs he had interviewed said that the city is practically immune to crime, owing to its extensive network of CCTV cameras.

“I never saw a uniformed policeman patrolling the streets in the several days I stayed in Dubai. The ubiquitous CCTV cameras have replaced uniformed cops.”

The columnist highlighted that Dubai, which is the main port and commercial hub in the UAE and probably in the entire Middle East, has the highest concentration of OFWs in the Emirates.

This website uses cookies to improve your experience while you navigate through the website. Out of these, the cookies that are categorized as necessary are stored on your browser as they are essential for the working of basic functionalities of the website. We also use third-party cookies that help us analyze and understand how you use this website. These cookies will be stored in your browser only with your consent. You also have the option to opt-out of these cookies. But opting out of some of these cookies may affect your browsing experience.
Necessary Always Enabled
Necessary cookies are absolutely essential for the website to function properly. These cookies ensure basic functionalities and security features of the website, anonymously.
Functional
Functional cookies help to perform certain functionalities like sharing the content of the website on social media platforms, collect feedbacks, and other third-party features.
Performance
Performance cookies are used to understand and analyze the key performance indexes of the website which helps in delivering a better user experience for the visitors.
Analytics
Analytical cookies are used to understand how visitors interact with the website. These cookies help provide information on metrics the number of visitors, bounce rate, traffic source, etc.
Advertisement
Advertisement cookies are used to provide visitors with relevant ads and marketing campaigns. These cookies track visitors across websites and collect information to provide customized ads.
Others
Other uncategorized cookies are those that are being analyzed and have not been classified into a category as yet.
SAVE & ACCEPT
59 shares
Close