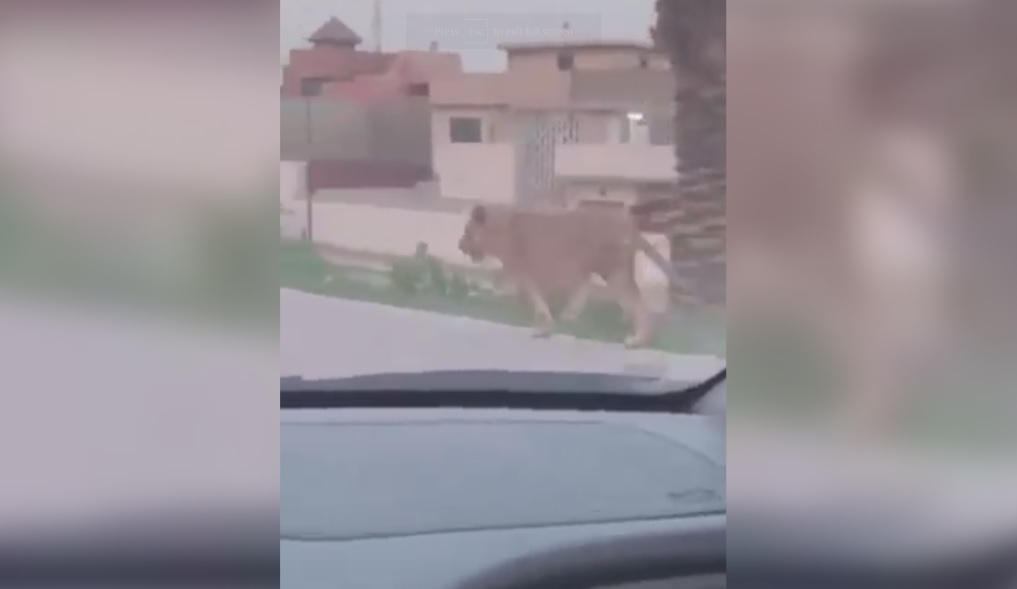 The video of a lioness caught by its owner after a terrifying chase in Iraqi street has gone viral.

The lioness was seen roaming in the streets of Mosul and the video clip was circulated by several social media users in Iraq.

The wild beast was later captured and the video also showed its owner running after her before grabbed its head and beating her down. Then he got into the car and sped away.

Netizens have called upon authorities to take action against the man and get the lioness set free and released into the forest. Some expressed shock on seeing a lioness wandering in a populated area.