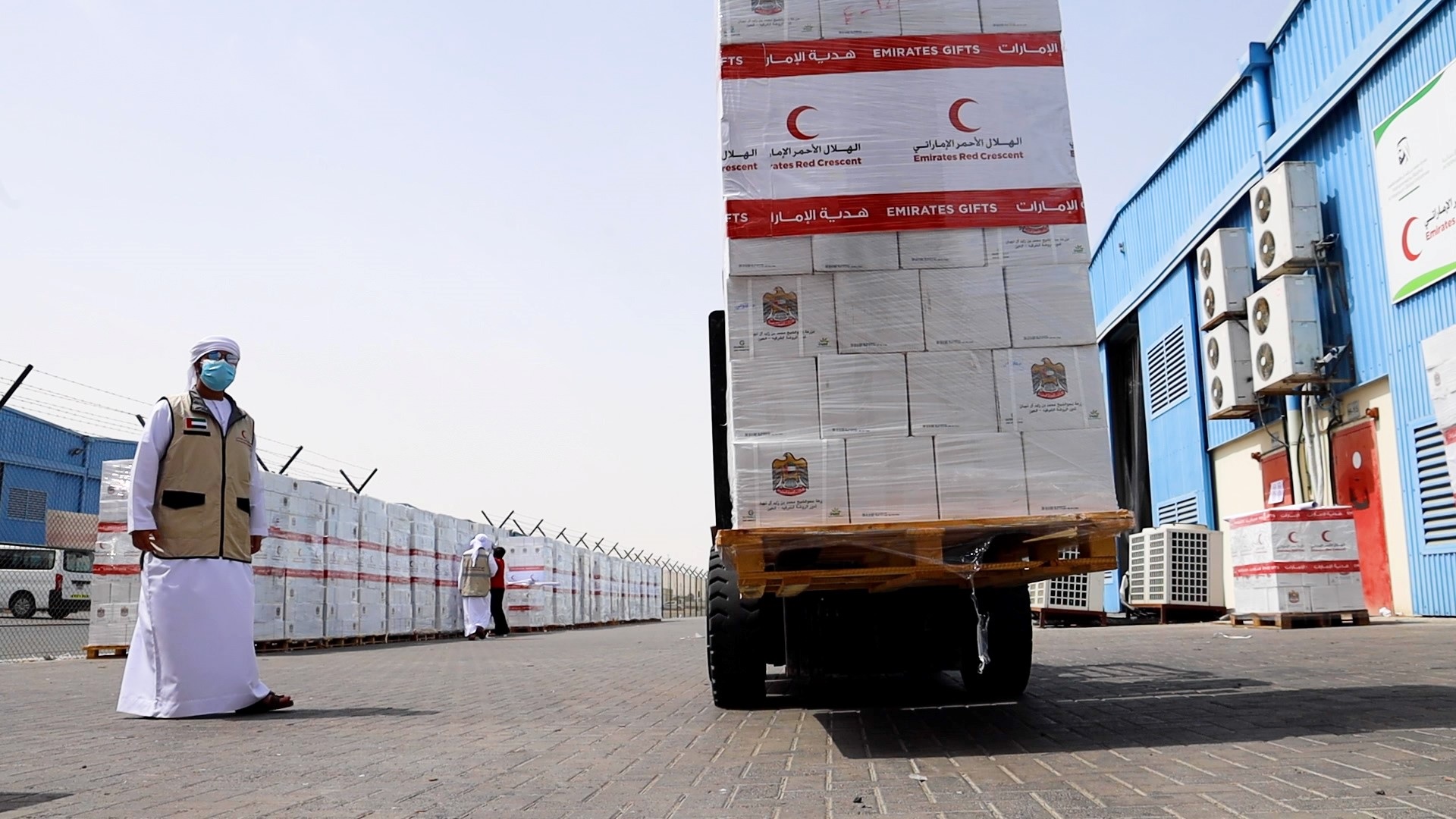 In a statement he made today to mark the World Red Cross and Red Crescent Day on 8th May, Sheikh Hamdan said the UAE, under the wise leadership of President His Highness Sheikh Khalifa bin Zayed Al Nahyan, Sheikh Hamdan also said the initiatives of His Highness Sheikh Mohammed bin Rashid Al Maktoum, Vice President, Prime Minister and Ruler of Dubai, His Highness Sheikh Mohamed bin Zayed Al Nahyan, Crown Prince of Abu Dhabi and Deputy Supreme Commander of the UAE Armed Forces, led the UAE to become a regional hub for support and logistics in the areas of emergency relief works, and a destination of choice to many international humanitarian organisations.

H.H. Sheikh Hamdan bin Zayed Al Nahyan called for strengthening solidarity with humanitarian causes, urging the international community to re-double efforts to develop most vulnerable societies to mitigate the risks facing millions of people around the world due to the spread of a new variant of COVID-19.

“Dedicating and international day for the World Red Cross and Red Crescent Movement, is an excellent opportunity to deepen dialogue on key topics of concern to the Movement in a rapidly changing world. This requires us to reconsider the concepts of partnerships, to coordinate efforts, to develop strategies for voluntary and humanitarian works, and to identify more effective tools to deliver humanitarian aid to recipients in troubled areas,” he said.

READ ON: Emirates Red Crescent’s ‘Be the Change’ campaign for Ramadan 2021 to benefit 1.7 million people

Sheikh Hamdan paid tribute to the staff and volunteers of the ERC who work selflessly to realise the humanitarian goals, He also praised the contributions of philanthropists, whose initiatives play a major role in strengthening the UAE’s position as one of the world’s largest humanitarian donors.

He also praised the generous contributions important role of the World Red Cross and Red Crescent Movement in caring for victims and those people affected by crises and disasters despite material and logistical challenges.